In 2015, shortly after her diagnosis with Crohn’s disease, nine-year-old Grace Warnock decided she wanted to change how people reacted to those who needed to use a disabled toilet but didn’t have a visible disability.

The idea came after Grace met some volunteers from CCUK (Crohn’s and Colitis UK) and they discussed what it was like to live with the condition on a daily basis.

Grace says, “The thing we had in common was people with invisible conditions sometimes face being judged when using a disabled toilet, because although they need the facilities they didn’t look like they should be allowed. No one should be judged and verbally abused for using toilet facilities just because someone decides that they are not disabled enough.”

As a result of those conversations, Grace designed a new sign to show that not all disabilities are immediately obvious. The sign shows people standing alongside a person in a wheelchair, making clear that the facilities are for people with a range of needs. Those standing have a heart symbol on their chest, both representing invisibility and reminding others to have a heart and not judge what can’t be seen. 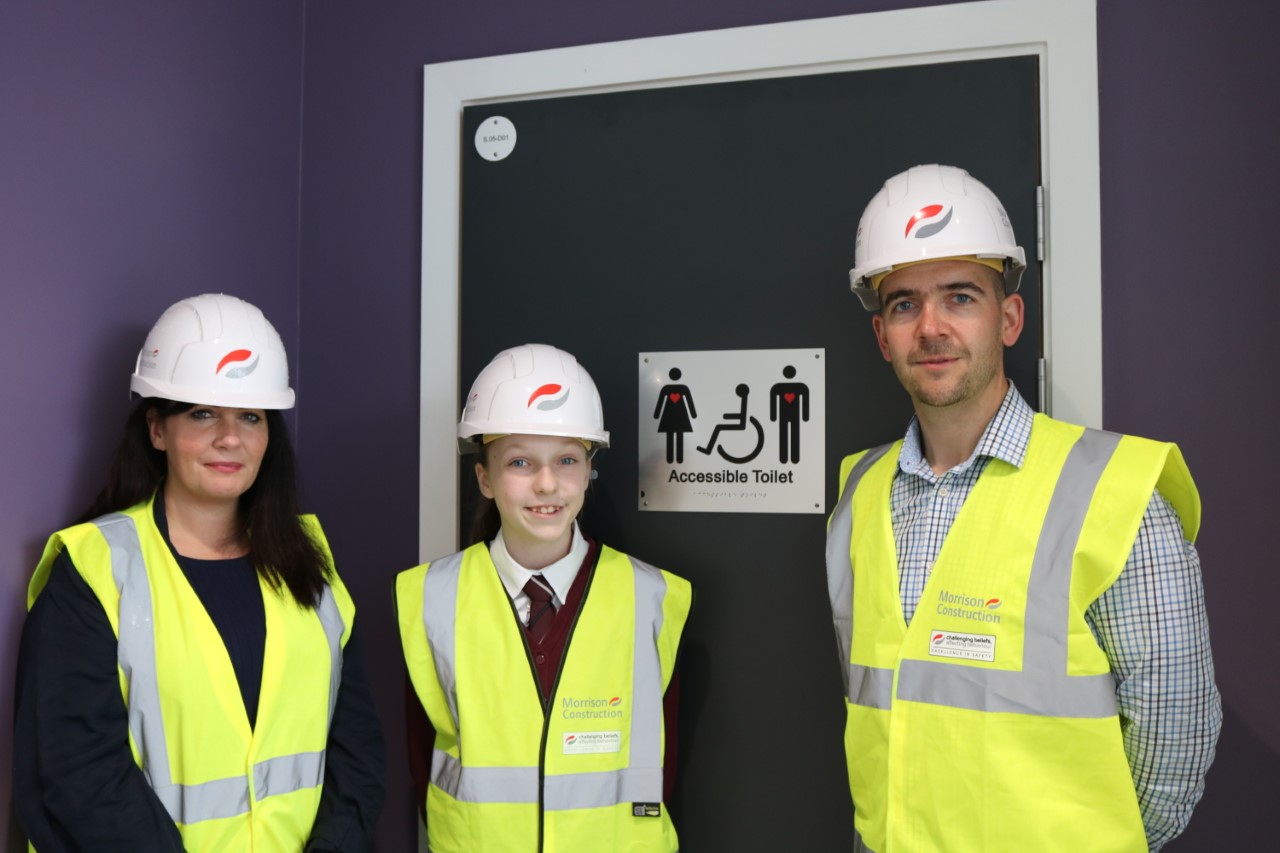 Grace sent the design and a letter to her local MSP, Iain Gray, who arranged to meet her at the Scottish Parliament and invited along representatives from disability forums. During discussions the ‘Grace’s Sign’ campaign was born and the first sign was displayed at the Scottish Parliament. The sign has since been installed across the country including at sports centres in East Lothian and Inverclyde, as well as at Edinburgh Airport.

“It is amazing that a letter written by a nine-year-old to our local MSP has led to such a change throughout the country”, says Grace. “It has been wonderful how many people are behind the campaign and how much it means to those with invisible disabilities. Seeing your design spread a very important message is something I never thought possible.” 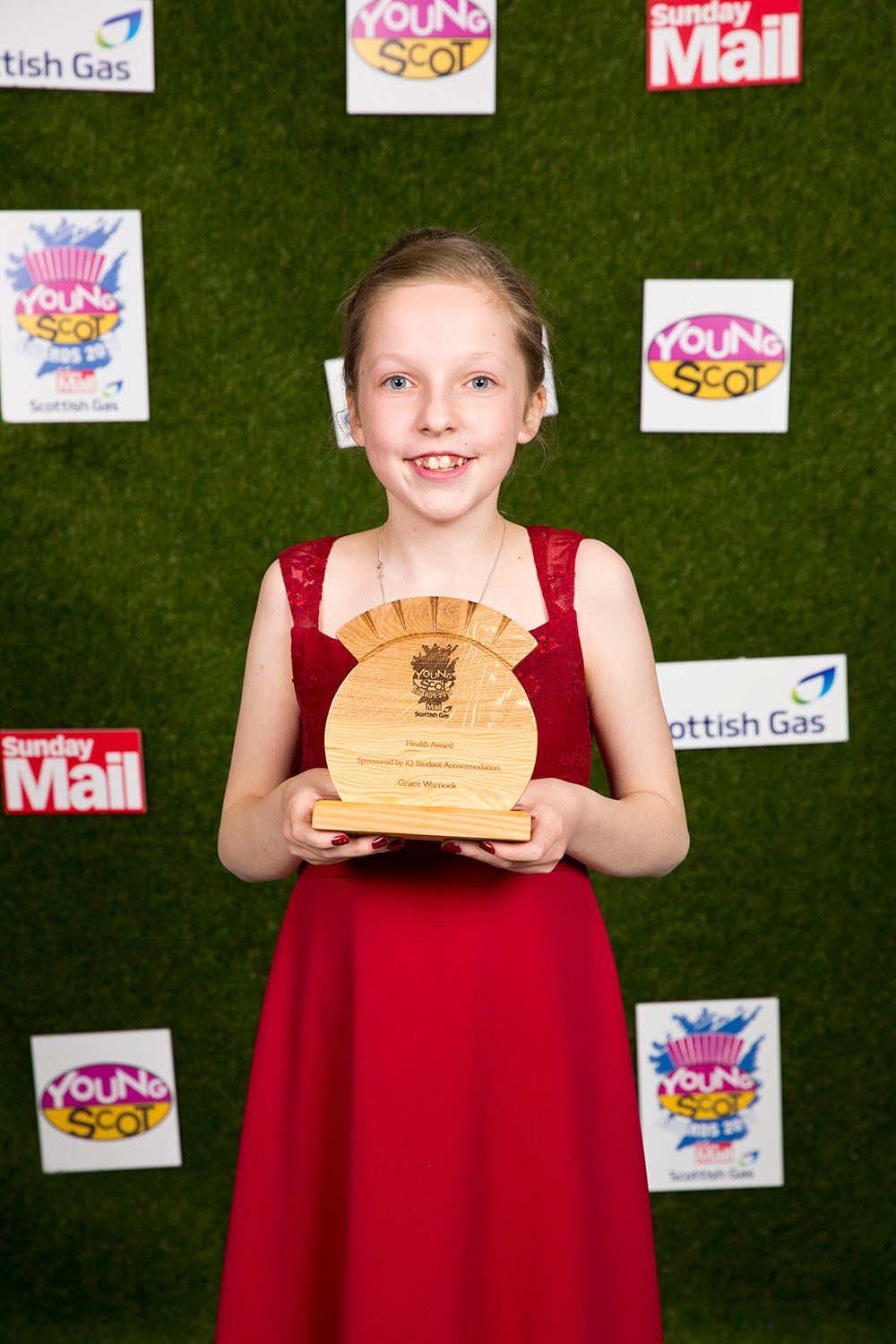 Grace has received huge recognition for her campaign. Last year she was awarded a British Citizen Youth Award; she has met the First Minister at Bute House in recognition of winning a Young Scot Award and met with The Duke of Cambridge and Prince Harry as part of the Radio 1 Teen Awards. 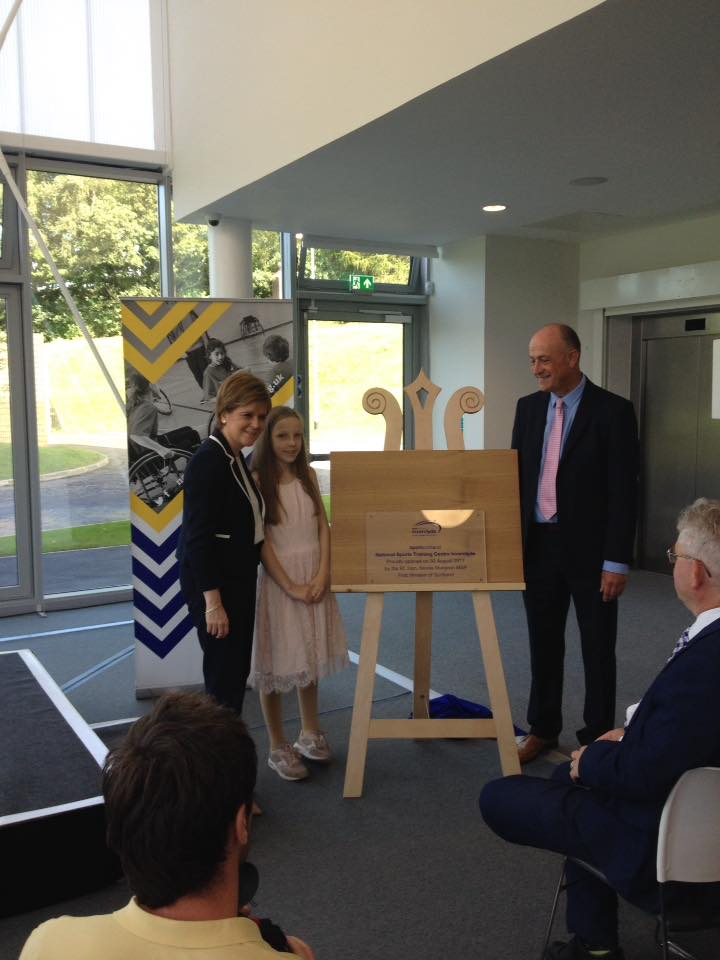 Grace says, “My local MP, Martin Whitfield, is trying to get my sign adopted in Westminster. My goal this year is to get the sign used by schools so that the message can be taught at a young age and children grow up knowing all about invisible disabilities.”

Grace’s Sign will be featured as part of the accessible bathroom facilities for visitors at V&A Dundee when we open on Saturday 15 September. The museum will also have a Changing Places toilet for visitors with profound disabilities.

We are delighted to welcome Grace Warnock as a V&A Dundee Design Champion, recognising her commitment to changing perceptions around invisible disabilities.

The wheelchair symbol is outdated given the broad spectrum of disabilities that have been recognised for several years. It would be great to design a new Disability symbol that is universal ie recognises all variation of mental and physical disabilities. .