Grant Douglas was born with cerebral palsy which means he has limited motor control. Working with the Glasgow-based product design company, 4c design, he invented the S’up Spoon which gives people with shaky hands greater control to eat soft food.

Grant says, “I have a degree in computer science and two jobs; I live independently and enjoy spending time with my friends. However, one thing has bothered me: I struggle to eat cereal or soup!” 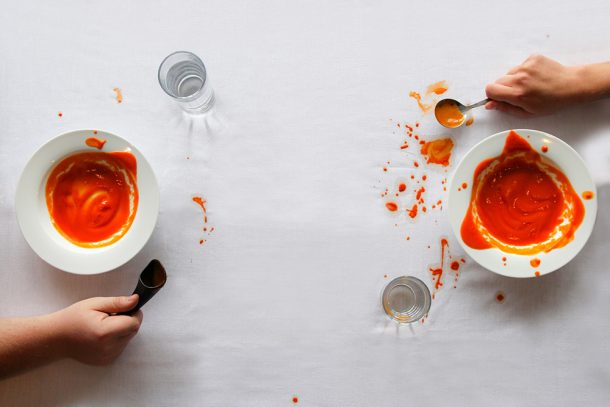 After trying many different pieces of cutlery specifically adapted for disabled people over the years, Grant felt there wasn’t anything out there that worked for him and what he really needed was a spoon with a lid on it.

“I was chatting to someone at church about ideas ‘that would make your million’. I mentioned my idea of ‘a spoon with a lid on it’ so that I could enjoy soft food without spilling it everywhere before getting the spoon to my mouth.  A friend who overheard the conversation knew the director at 4c and offered to put me in touch.”

4c Design, a product design consultancy, agreed to take on the project and they assigned it to their graduate industrial designer, Mark Penver.

“I couldn’t believe it! My idea was actually being taken seriously” says Grant. “Mark and I looked at what was feasible; we built prototypes and soon decided anything with mechanical buttons was too cumbersome. I picked the best handle and spoon head after testing all of them. I wanted the spoon to be discreet enough to use in a restaurant without other diners staring at this novel piece of cutlery.” 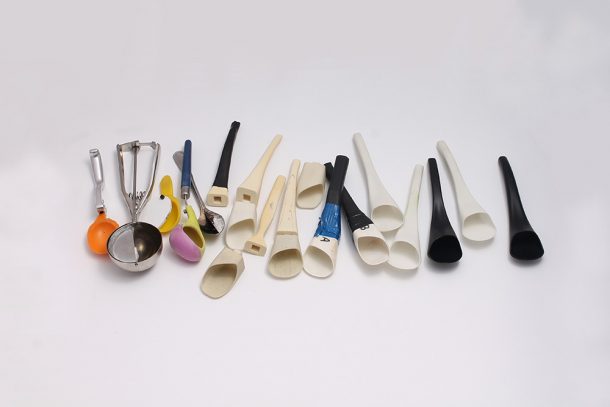 Grant got a prototype spoon for Christmas and it worked so well, it was decided that design should be made available to buy. The S’up Spoon has a deep cavity that helps to keep the food in the spoon until it is tipped into the mouth and can help people with a range of conditions that result in poor motor control such as Parkinson’s disease. It also features an angled handle that makes it easy to pick up from a flat surface. Grant says, “Since that early prototype we’ve worked hard refining the design to make it ambidextrous, food safe and dishwasher proof.”

Four of Grant’s friends donated the funds to cover start-up costs and the spoon was launched in April 2015. In 3 and a half years, over 3,000 have been sold in over 20 countries around the world. It is currently on display in the London Design Museum, the Smithsonian Museum in New York and now in the Scottish Design Gallery of V&A Dundee. And there is a variation on the current design coming on the market in a number of months. 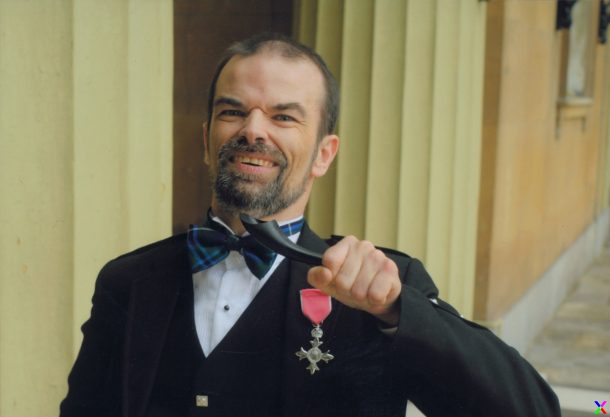 Shortly after S’up Spoon was launched it won the 2015 Blackwood Design of the Year award and Mark won ‘Young designer of the year’ at the plastic industry awards that year. Grant was awarded an MBE in the 2018 New Year honours list, recognising his work to enable people with shaky hands to eat independently, and attended the investiture at Buckingham Palace hosted by Prince Charles.

Grant says, “I think co-productive design is vital to make products that not only work well but are aesthetically pleasing on the eye.  Most adaptive products look like products for a hospital ward – beige and bland – I believe that’s because users haven’t been involved from day one” 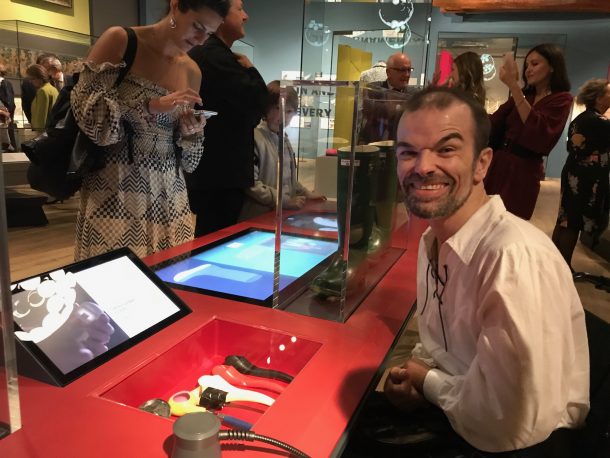 We are delighted to welcome Grant Douglas as a V&A Dundee Design Champion, recognising his creativity and commitment to giving people with limited motor control greater freedom to enjoy food.

Interesting stuff to read. Keep it up.

From Spain to California: the odyssey of a fifteenth-century artesonado

STEP Interns – Where are they now?