It’s surprising how much pleasure can be derived from watching a seedling emerge from soil in the knowledge that you’re the one that planted it. The sense of pride and accomplishment can be thrilling, but there’s pleasure in the waiting too; the constant checking, the fervent anticipation, the sense of hope and optimism. These are important feelings to nurture in times of crisis.

Faced with confinement and uncertainty in lockdown due to COVID-19, people across the world have been dialling up their horticultural aspirations. Google searches for ‘gardening’ are up threefold compared to prior years, and there has been a record demand for seeds and compost (up more than 250% in the UK) since lockdown began. Green-fingered journalists have leapt from their trowels to their keyboards to convey the huge benefits of gardening including physical and mental wellbeing, encouraging others to get their own life-affirming ‘Victory Garden’ on the go.

For many, this is a new leisure pursuit, having made the move from just about being able to keep their houseplants alive, to making their first online seeds purchase. Some will be lucky enough to have a patch of soil to call their own; others may be utilising less favourable spaces; a modest patio, a balcony, or perhaps – like me – a small rooftop spot accessible only by climbing out of a bedroom window. For many others though, cultivating a piece of nature for themselves is an unattainable luxury.

Last month, the Office for National Statistics released data revealing that 20% of households in London, compared with 12.5% elsewhere in the country, live without access to private outdoor space. In some of the most deprived areas of the capital, where high-density living is typical, this figure is 70%. The data also revealed a huge racial disparity, with white people four times more likely than black people to have private access to outdoor space.

The results of this survey come at a time when access to green, outdoor space has been more crucial than ever. With no choice but to stay at home, our daily lives and our mental health have been shaped exclusively by our homes and our immediate surroundings. These, in turn, are shaped by where we sit on the country’s widening social spectrum, with the urban working classes disproportionately punished by the vital measures taken to prevent the further spread of COVID-19. Adding insult to injury, those without gardens have had to face the moral panic and stigma over how – and for how long – they utilise public parks, a number of which faced closure in the initial weeks of lockdown. Whilst the government would have us believe ‘we’re all in this together’ the inequalities experienced in relation to space – and outdoor space in particular – are not easy to ignore.

From mid-May, under the government’s latest guidelines, the list of ‘reasonable excuses’ for leaving our homes was expanded upon to make sitting and spending time in public parks acceptable once more. Though undoubtedly a huge relief for those cooped up in flats without green spaces at home, these places are no match for the private garden as a site of personal agency. As the current horticultural boom suggests, there is more to garden access than simply having space to get fresh air, relax and sunbathe in.

Since antiquity, the garden has offered refuge from the trials and tribulations of everyday life. Our relationships to these spaces are often seen as apolitical and escapist, but as a place of both physical labour and aesthetic beauty, they have the power to fulfil our aspirational needs as much as our recreational ones. This power has long been expressed in visual and literary culture, the garden having held symbolic weight throughout history as a vehicle for utopian thought, and as a place to dream of better, more equitable futures.

When writer, philosopher and social critic Voltaire wrote his signature work Candide, ou l’Optimisme (Candide: or, The Optimist) in 1759, the garden was a recurring motif used to reflect his aversion to the social inequalities inflicted by Church and aristocracy, and to further his call for radical social reformation during the Enlightenment. The narrative’s final assertion is that all people can do in seeking a peaceful existence is to cultivate their own gardens; a private and productive act that promises to nurture the soul.

A century later, as the significance of access to green spaces on public health gained traction in Victorian Britain, the garden was utilised heavily in the rhetoric of socialism. For artists William Morris and Walter Crane, the subject was a recurrent theme, vital to the development of the visual languages they employed to support their ardent socialist agendas.

Averse to the ‘brutalization’ of the working classes in the years since the Industrial Revolution, Morris founded the Socialist League in 1884 and began to envision a pre-industrial Edenic idyll in which communities united by a shared purpose would be prioritised over class systems and corporate hierarchies. The ever-gratifying workings of nature – as articulated through his graphic, wallpaper and furnishing designs, as well as his novel News From Nowhere – became emblematic of a utopian world in which ‘useful toil’ provided the antidote to the alienation of workers from the ‘fruits of their labour’ as induced by vast industrialisation. The garden was a place in which all people could generate natural plenty and pleasure.

As an acquaintance and supporter of Morris, Walter Crane’s political ideologies also penetrated public life via his art, which included designs for illustrated children’s books. In A Floral Fantasy in an Old English Garden (1899), Crane depicts himself being led through an enclosed garden by a fairy wearing a ‘cap of liberty’. A widely known symbol of revolutionary ideals of liberty and equality, the cap features prominently in Crane’s work. Throughout the garden, Crane encounters a series of characters dressed in elaborate costumes of petals, tendrils and leaves, each personifying a different plant. The enchantment of the garden setting, and this ‘flowering’ of humankind, aimed to condemn the greed and unjust social order of the world beyond it. The inhabitants’ jubilation over the arrival of springtime articulated a vision of hope and renewal.

Cheerfully, one week into the lockdown, it was announced that the pioneering garden of artist and filmmaker Derek Jarman had been saved from being privately sold by a ten-week public fundraising campaign. Jarman’s desire to cultivate a piece of overlooked and inhospitable land in Dungeness in 1986 grew out of an immense period of personal strife in which he battled with AIDS and campaigned for gay rights and social justice. In his book Modern Nature, Jarman described the suspension of time he felt amongst his ravaged garden, proposing ‘the gardener digs in another time, without past or future, beginning or end’. For him, the garden – which provided the ideal set for his film The Last of England – was a temporal, liberating place; a sanctuary free of capitalist constructs of time, where alternate realities could be imagined.

New research conducted by the University of Exeter and the Royal Horticultural Society and released last month, found that people with access to a private garden have significantly higher psychological wellbeing than those without. Moreover, there is increasing evidence that the act of gardening has an enormous impact on mental health, improving levels of confidence, concentration, self-belief, and helping people deal with loss, anxiety and depression. It is becoming clear that we need spaces to engage with the natural world more intimately; to nurture and care, to connect with the weather and the seasons and to experience life at a different pace, to anticipate and dream, to believe that better days will come.

Despite this, and as a result of relentless population growth, housing demand, and increasing land values, the number of homes without gardens has increased from 1.6 million to 2.6 million in the last 15 years. Can our experiences of lockdown and the consequent mass movement towards horticultural pursuits be a catalyst for rethinking this trajectory? Can the redemptive power of the garden, as so often exhibited in the realms of art and literature, be appreciated and activated at the level of urban planning and policy-making? And can we ensure that the opportunities afforded by private outdoor space are enjoyed by all, as a right and not a privilege?

‘One in eight British households has no garden’, Office for National Statistics, 14 May 2020.

‘The Tonic of Gardening in Quarantine’, Charlotte Mendelson, The New Yorker, 7 April 2020.

News from Nowhere, or, An Epoch of rest, by William Morris, 1893, Hammersmith.

In his novel News from Nowhere William Morris presented an ideal vision of future Britain as ‘a garden, where nothing is wasted and nothing is spoilt’, where citizens live happily in the absence of monetary and class systems. Morris’s protagonist William Guest journeys through the Arcadian landscape of ‘Nowhere’ as lured by Ellen, ‘the fairy queen of the fairy garden’, a character who allows Morris to more explicitly portray the enhanced relationship between humanity and nature found within his utopian idyll.

This poster by Abram Games was issued by the War Office in 1942 as part of the government’s ‘Dig for Victory’ campaign. The campaign aimed to raise Britain’s self-sufficiency at a time when many merchant ships were being sank. Abram Games championed the use of modern graphic design and surrealist imagery in his posters. This one invites the viewer to take a place laid at the table and provocatively signals the link between eating and the cultivation of land.

What a fascinating and inspiring post, thank you. I’m delighted to have stumbled on this blog and look forward to reading more 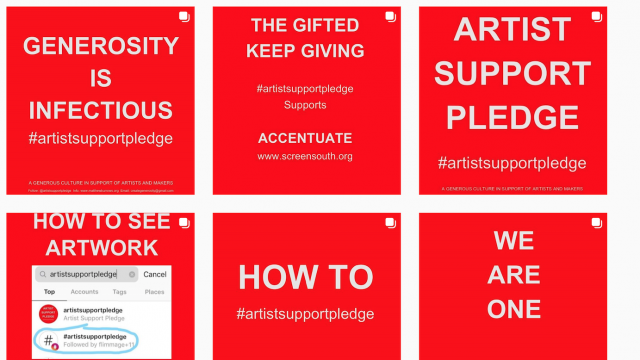