In early March, when here in Britain we had been reading and watching round-the-clock coverage about the emergence of COVID-19, and observed with dismay and horror its tragic grip on communities in China and Northern Italy, I was preparing to travel to Maastricht in the Netherlands to attend an annual art fair with a group of colleagues. There had been some discussion about whether the fair would continue, but the Dutch authorities gave the go-ahead, reassuring us that all possible health and safety measures had been taken to ensure that exhibitors and attendees would be safe. Knowing that washing facilities might be scarce during my journey, before leaving London I scoured chemists and shops to locate hand sanitiser which we had been advised to use in the absence of being able to wash our hands. None was to be found, having been victim to the panic-buying that ensued at the beginning of Britain’s experience of this pandemic. Neither the medical grade sanitiser (minimum 70% alcohol), nor the scented handbag-sized containers of sanitiser were available. Nonetheless, I set off for Maastricht via Eurostar to Brussels, where I took an onward train to Liège, where yet again, I was to change trains for the final leg to Maastricht. 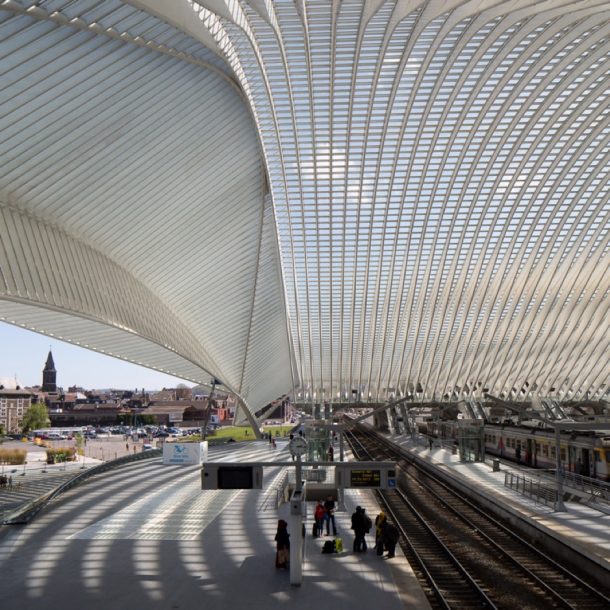 With time to spare in Liège before my next train, I wandered the station concourse of shops and cafes and decided to pick up some paracetamol at the grandly named Pharmacie Gare des Guillemins. As I was paying, I noticed a sign on the counter announcing that hand sanitiser (disinféctant) was for sale. The white-coated assistant said that they had just made a new batch (which sounded like they had a home distillery set up in the back room) and went to get a bottle for me. So, my unexpected wait at Liège station at last brought me the much-coveted sanitiser I had failed to locate in London. This humble plastic bottle, with its bright scarlet label, was filled with an elixir of 70%-proof alcohol, whose strongly antiseptic scent added to its reassuring properties.

From the minute I got my hands on the bottle, its contents were regularly sprayed on my own palms and (very) occasionally I shared precious drops with honoured friends. But what did I think it would protect me from? Though we had learned that the virus could be transmitted by droplets carried through the air and survive for several hours on metal surfaces, relying on the hand sanitiser alone to protect from infection seemed a little naïve. But protect me it did, a personal talisman on which I had conjured special prophylactic properties. I did not contract COVID-19, though others who attended the same art fair did.

Where does our superstitious urge for a talisman come from? Why should we invest so much in its protective characteristics? In my case it may have served mainly as a placebo, since other measures – social distancing, hand washing, self-isolation, and luck – may have had a greater part to play in protecting me than the hand sanitiser alone. The talisman is an age-old need, as can be seen in the V&A’s collection of pomanders (French: pomme d’ambre or amber apple). Examples created from the fifteenth to the seventeenth centuries are often made in the shape of a circular vessel in silver or silver gilt, strung on a chain around the neck or waist, and housing small amounts of ambergris, musk, civet and herbs to mask foul smells.

Some were designed with hinged compartments, like orange clefts, each containing a different substance, often with its identity engraved on the hinged section. In 1552, Nostradamus published instructions for making pomander lozenges or aromatic balls. The ingredients include Labdanum gum “as obtained from goats’ beards and sheep’s bellies in the fortunate lands of Arabia,” gum storax, benzoin, rose troches, violet root powder (i.e. orris root), musk, amber (Ambergris) and rose petals. Even today at Christmas we create pomanders by inserting cloves into oranges and hanging them up by coloured ribbons. We know that pomanders were particularly popular at the Elizabethan and Stuart courts, where beautifully embroidered kidskin gloves might also be heavily scented and given as New Year’s gifts.

The concoction in the pomander or the scent sprinkled on gloves was not intended solely to mask ill smells, but also to ward off infection. The now discredited theory of miasma (from the Ancient Greek μίασμα (míasma, ‘stain, pollution’), persisted from the medieval period to the nineteenth century until the development of the germ theory. For centuries miasma was described as a vaporous exhalation, a poisonous vapour or mist, which, it was believed, stemmed from decomposing material that could cause disease, usually identified by its foul smell. Like our donning of protective masks, during the Great Plague in 1665 doctors wore masks filled with scented flowers to protect themselves from the miasma caused by night soil and foul drains, which they believed had caused the plague. This also accounts for the ‘Bad Air theory’ of nineteenth-century Britain which prompted Florence Nightingale to promote the importance of fresh and airy hospital wards.

So, though Covid-19 is not identified by its foul smell (the lack of which makes it even more sinister), our instinctive way of warding ourselves from it follows the behavioural pattern of our ancestors who donned masks, wore scented pomanders and sprinkled scented water around to ward off the plague. Indeed, even now in Turkey lavender cologne is believed to have antiseptic properties and is used as part of the cleaning routine of many households. I will always keep close my Pharmacie Gare des Guillemins plastic bottle of disinféctant as a reminder of this strange and disturbing period in our lives and how it ‘protected’ me. As a consequence of COVID-19, we may all continue to include hand-sanitiser as part of our daily accoutrements. One can already image the design challenge for a suitably well-crafted modern-day pomander to replace the humble plastic bottle.