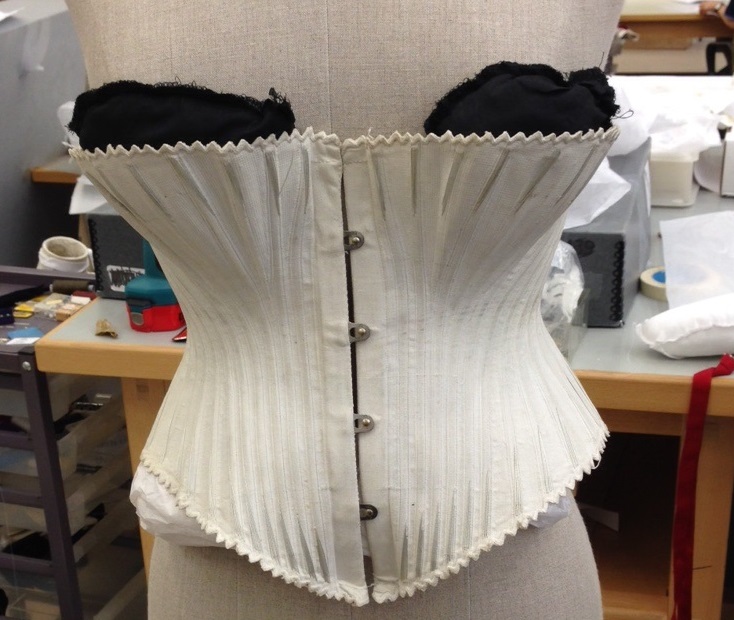 As the Curator of Undressed I have spent much of the past month writing the exhibition text. There are 160 object labels, and ten 150 word pieces for the panels which introduce the exhibition and each of its nine sections.

Every object in the exhibition has to work hard to justify its presence: it needs to be eye-catching and able to add new information while contributing to the storyline and overall appearance of the display.

It’s vitally important that the objects look good and work together. I know that if they don’t, visitors won’t linger and may not even bother to read the object labels that I’ve so carefully composed!

The aim of the label is to give the reader the information they need to understand what an object is and why it has been included in the exhibition. You need to be brief as the word limits are tight: 60 words for single objects or an outfit, and 80 words for a group of objects. It sounds a lot until you have something so interesting that you could write a mini-essay…

Until I started looking closely at the corsets in our collection I hadn’t realised that we have two WOVEN corsets.

Unlike stitched corsets, which are made from seamed pattern pieces, woven corsets are made from fabric woven on the loom with slots for the bones and busk.

First patented in France by Jean Werly in 1832, they were often described as ‘French woven’ but were also made in Britain in Yorkshire.

In 1848 Dawson and MacNicol’s Underclothing Establishment in Buchanan Street Glasgow offered ‘Real French woven stays Without Seams, 15s 6d a pair … so easy and elegant in shape, so light, yet firm and durable in texture … They can be cleaned by the simple process of ordinary washing without removing Bones or Eyelets, and are in every way desirable’. (Glasgow Herald, 8 May 1848)

In 1849 a woman working in London could earn up to 7 ½ d a day stitching corsets. A corset priced at 15s 6d would have cost about a month’s wages for a woman on this income.  Quoted in Henry Mayhew, Letter to the Morning Chronicle, 1849.

The loop fastenings on the busk on this corset, which was worn for riding, are stamped ‘CB’. This suggests that the corset was made by Charles Bayer & Company who started making corsets in 1879. While the company’s warehouses were in London Wall in the City of London, Bayer had several underclothing and corset factories in towns on the south coast and in the west of England.

Sadly the inner waistband that might have confirmed Bayer’s manufacture has been lost.

Our second woven corset is not in the exhibition, but it can be seen by appointment at The Clothworkers’ Centre.

The embroidered flowers over the bust and along the busk are typical of woven corsets and a clue to look out for.

Two examples are illustrated in this advertisement for woven corsets which features in a Henry Sherwood & Company catalogue dating to about 1890. The corset called ‘Orlando’ has embroidered ‘Bosoms and Busk’ and silk flossing. It cost 26s 11d (£1 6s 11d) at a time when the average annual wage for a female domestic servant aged 21 to 25 was £16 5s 0d. The corset would have cost approximately a month’s wages for a woman earning this salary. (Board of Trade report, 1899, quoted here )

You can see in this photograph that the right hand busk of the corset has snapped at the waist. This was a notorious point of strain in corsets and the break shows how the body fought against the rigid metal.

I called this blog post ‘When there’s too much to say’ but it could also have been called, ‘So much more to learn’. When the exhibition has opened, I hope to find out more about the actual weaving process and how the corsets were shaped in the loom.

My thanks to Dirk-Jan List for drawing my attention to woven corsets and for his advice.

so interesting, especially the article in ‘the week’. now in my 40s, my university dissertation 20 years ago was entitled ‘Who Supports the Bra?” (because the bra supports us women you understand. It was pun filled and fact heavy, including a questionnaire asking male students if they had preferences for lingerie on girls and if they actually knew which sizes were bigger on a scale of A, B, C, DD cup. Must dig it out of a read.

Dear Ms. Ehrman–What a wonderful article! It prompted me to look closer at my collection of vintage corsets. I’ve always suspected this one I link to, patent date 1878-1880 was woven on a loom. I could never find any seams! http://periodcorsets.tumblr.com/post/140656627641/look-no-seams-this-rare-specimen-is-a-woven

I’d love to hear more about the woven corset process, I hope you have time to research it more after the exhibit opens. Good Luck with your opening of Undressed: A Brief History of Underwear’ It looks amazing so far.

Thank you so much for sharing the images of your beautiful dated woven corset. I recently found a description of a corset weaving loom designed in America by the Convex Weaving Company of New York. The loom was exhibited at the Paris Universal Exhibition of 1867 and is described in detail by Mr. Le Neve Foster, Junr., in the ‘Reports on the Paris Universal Exhibition’, 1867, volume 4, pp.411-3: https://books.google.co.uk/books?id=SR8-AAAAcAAJ&pg=PA412&dq=woven+stays&hl=en&sa=X&ved=0ahUKEwjC1-OigbnLAhUDYw8KHRERCFIQ6AEIHDAA#v=onepage&q=woven%20stays&f=false
The description is complicated but basically the corsets, or stays, were woven on a jacquard loom. In order to create the required shape and the pockets for the bones the cloth had to be woven four times. You can find other interesting entries by googling ‘woven stays’.

Hi Edwina, I met you oh so very briefly on Monday morning at 10 am, when I was taking a group of ladies around the Undressed exhibition and you were there with a film or radio crew, taping for a programme. I am an independent tour guide but I was helping out another tour group that morning, and it was very exciting being recorded. Could you tell me what the programme was for and when it will be aired? I so wish I could have heard you talk about the exhibition! Kindest regards, Cindy Lawford

Dear Ms Ehrman, please can you help me?

I am a dentist, retired from practice but still lecturing. For many years I have been using an underwear story to explain the importance of making all of a denture look as real as possible, even the parts of the gums which cannot be seen by an observer. The story is of a fashion designer who provided his catwalk models with silk underwear, monogrammed with each model’s initials. They were not showing their underwear, but he said it made them walk better. I saw this on television many years ago – maybe 30? – and the designer was definitely a man, possibly French or Italian. What I cannot remember is his name.

Can you throw any light on his identity?

I am looking forward to seeing your exhibition.

I’ve just been to see your “Undressed” exhibition at the V & A, and I was interested to see the Y & N Corset there together with the comments as to the display stands the manufacturer provided to shops etc to exhibit their wares. I have a very similar Y & N corset in it’s original display cabinet (a design registered in 1892). The base of the cabinet is fitted with a clockwork motor which when fully wound causes the form to rotate slowly for at least 8 hours. If you’re interested here is a link t to a couple of photographs. 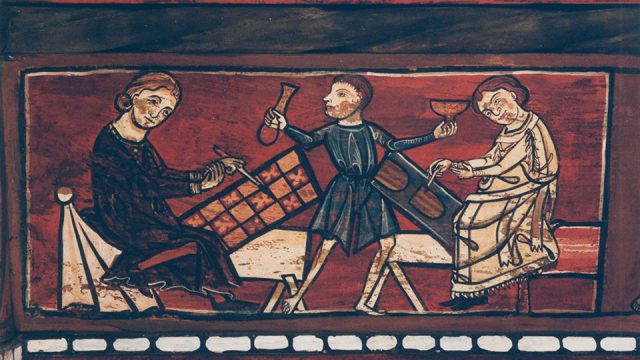