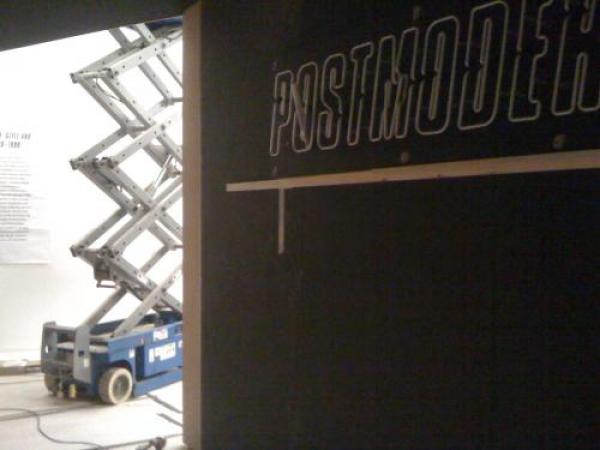 Less than a month now ’til opening, and the Postmodernism exhibition is moving rapidly from ‘sketch’ to ‘product’. The past two weeks have been devoted to what we call ‘the build,’ that is, the construction of the cases, platforms, walls, and scenographic elements for the show. At the end of this process we’ll be ready to install objects – and that means that we can’t let anything wait for later, because (a) we’ll be too busy and (b) you can’t do construction work in the galleries once you have art in them, because of dust and possible damage to the objects. In our case, the majority of the build is being carried out by MDM Props, a production company located in South London, under project leader Tim Meaker. 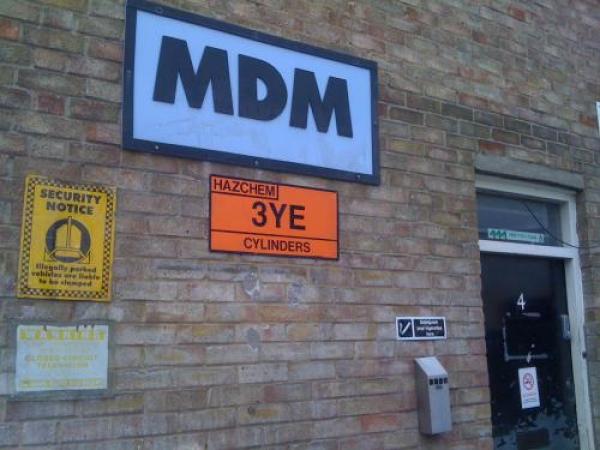 Though it has created many museum exhibitions, MDM also carries out high-spec craft for theatres, retail spaces, film sets, and especially fine artists. Sculptors from Fiona Banner to Anish Kapoor turn to them for a bewildering variety of services, including woodwork, plaster casting, metalsmithing, painting, and model-making.

These skills were put to good use in the signature element of our first gallery: a recreation of a temporary facade designed by Hans Hollein for the 1980 Venice Biennale. Here are Steve and Danny, the lead craftsman and one of the set decorators who worked on the reconstruction. 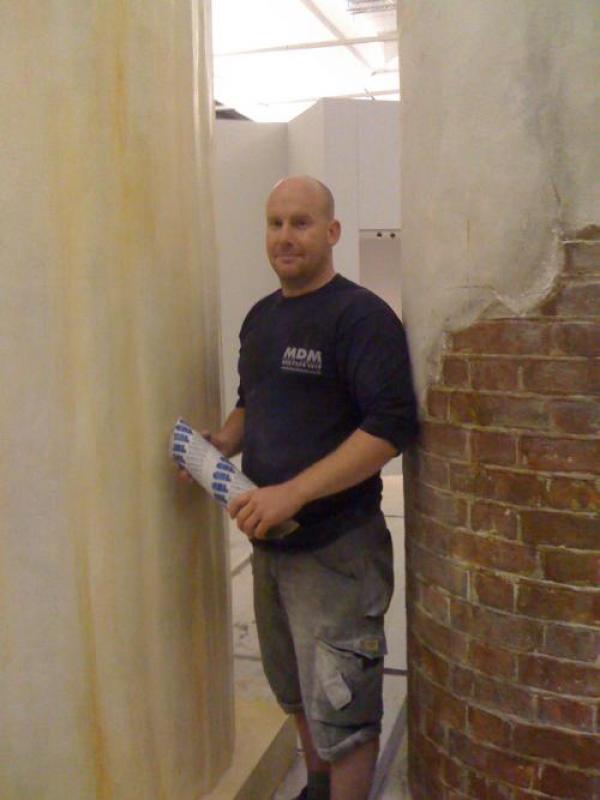 And here’s what they were trying to make: Hollein’s facade, photographed in its original 1980 incarnation. The idea of the design is that it reprises the whole history of architecture, from the Garden of Eden through Classical ruins to Art Deco. 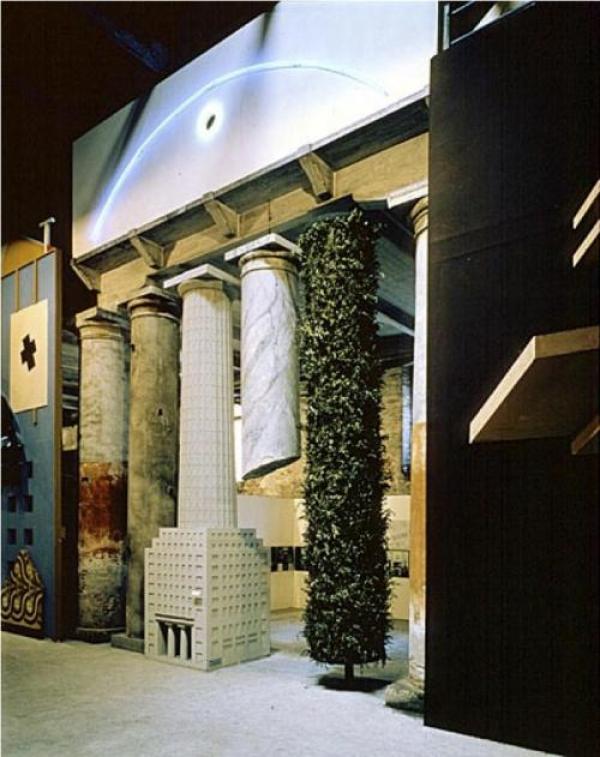 To make the columns, Steve and his team first made enormous cylinders in hard foam – a light but durable material. 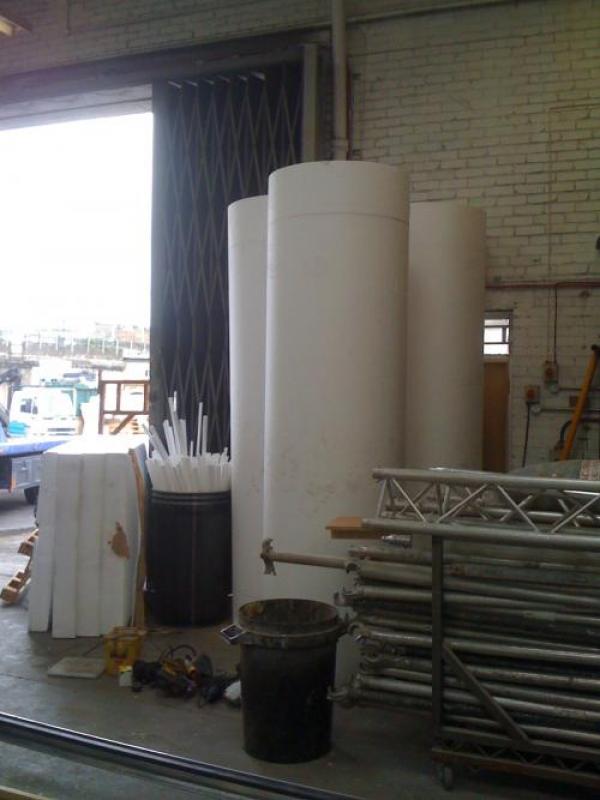 These were encased in a light coat of plaster, which can be sculpted to provide texture, like faux brickwork. Here’s their handiwork (on the left) compared with the real bricks at the Arsenale (right), which Hollein had incorporated into his installation – not bad eh! 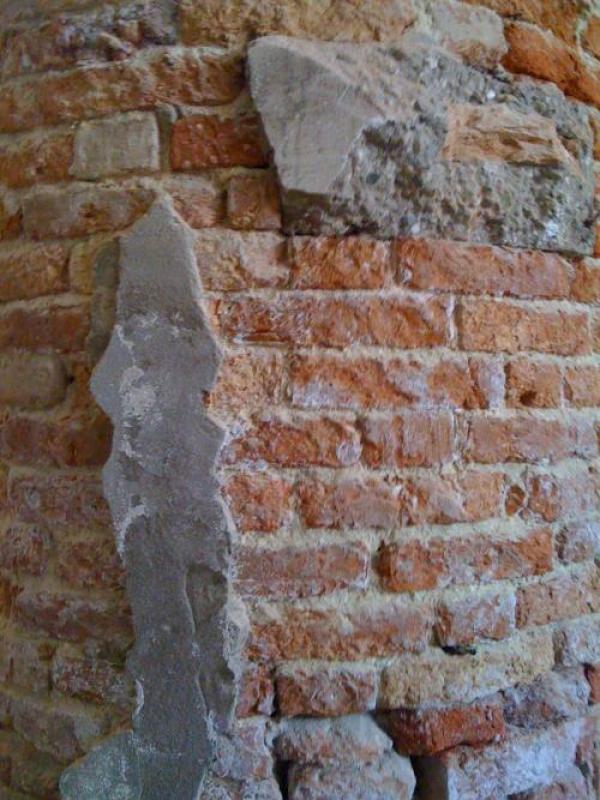 The large Art Deco style column – which Hollein based on an unrealized proposal for the Chicago Tribune by Adolf Loos – MDM built from wood. Here is the whole thing in situ. 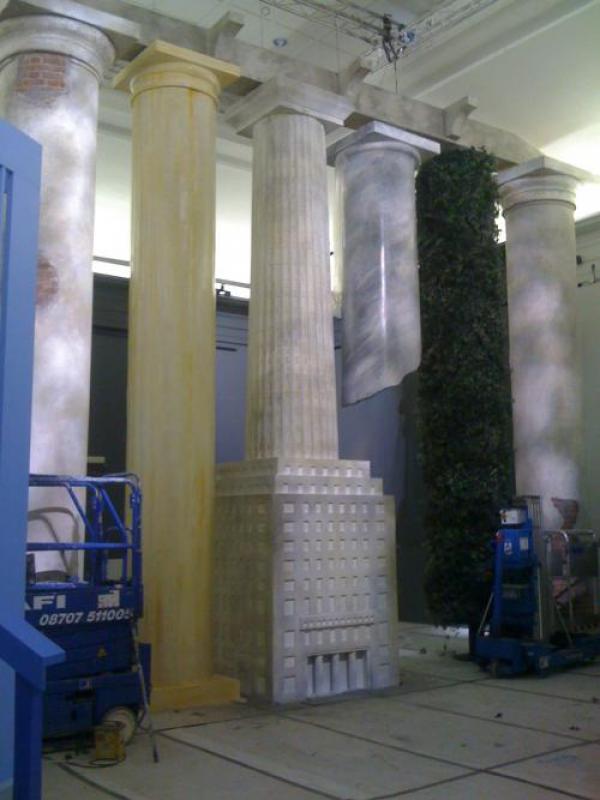 Another reconstruction in the space is the Garagia Rotunda, a building designed by the historian and architect Charles Jencks in 1975 for his own use in Cape Cod, Massachusetts. This element was built by an independent craftsman, Nicholas Shah, together with the V&A’s Becs Ash. Here are a few stages of its construction and installation, starting with an image of the real thing. Note Nick’s careful sketch – a retroactive design drawing! 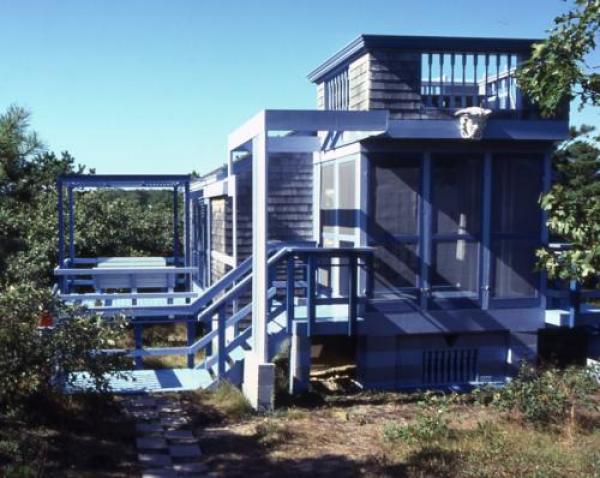 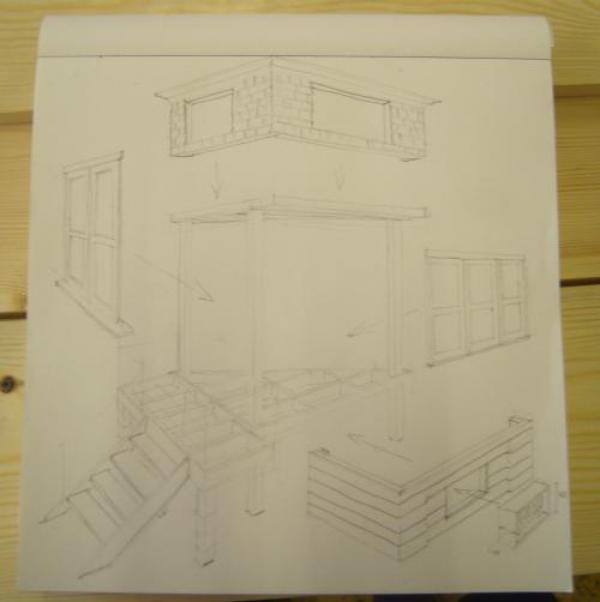 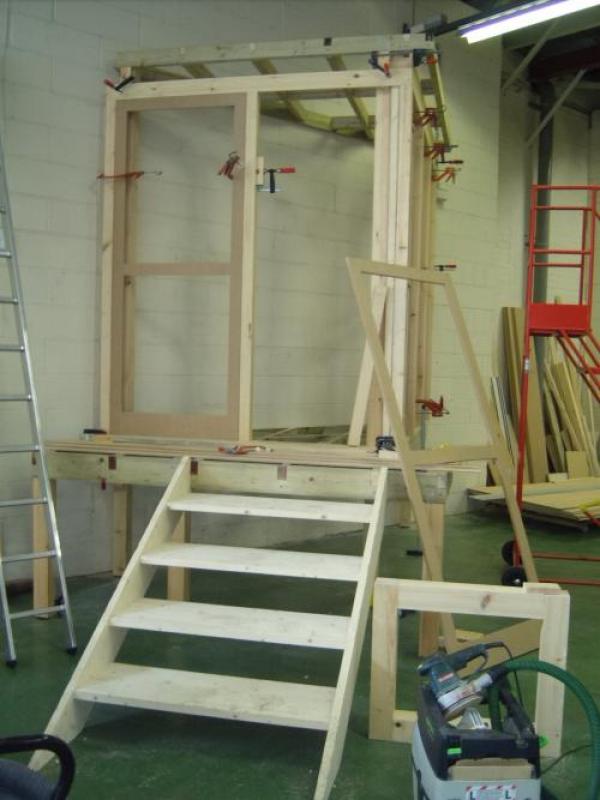 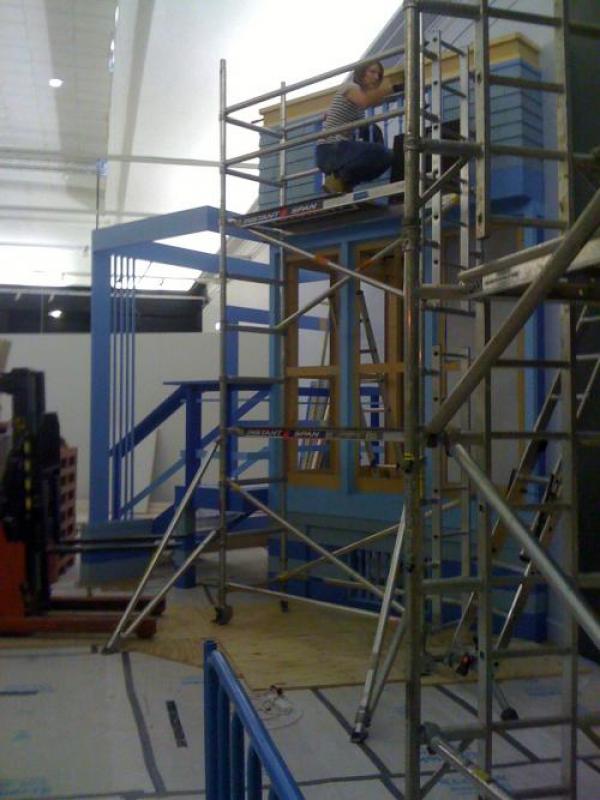 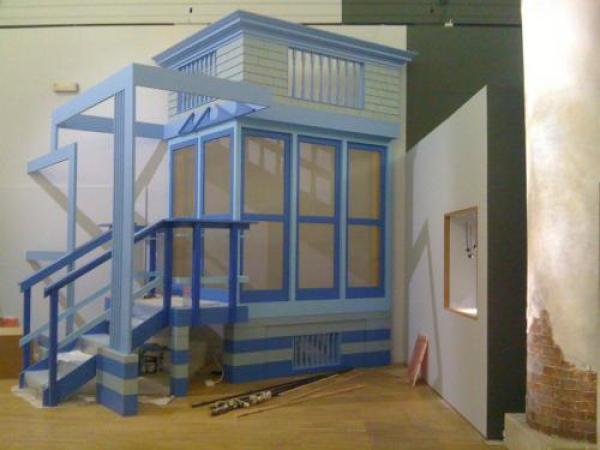 When Charles Jencks saw this reconstruction he had to laugh – it was built much more carefully than his original house!

Of course the show has many other elements in it too, ranging from standard fare (painted plinths and lighting) to structures you’d be most unlikely to see in a museum, including giant wallpaper installations, the scaffold structure for the ‘Strike a Pose’ section of the exhibition (about postmodern performance) and an extraordinary curved wall made of stretched black vinyl. Here are a few shots of the installation in progress. 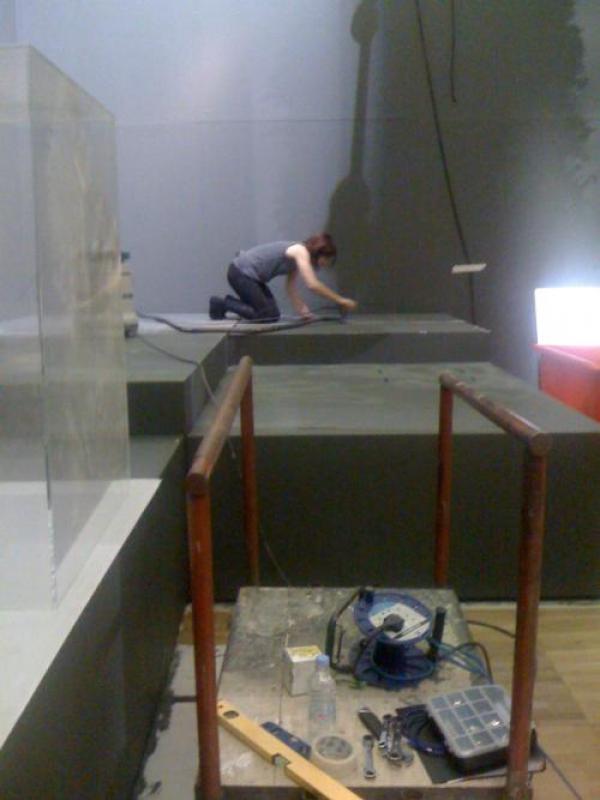 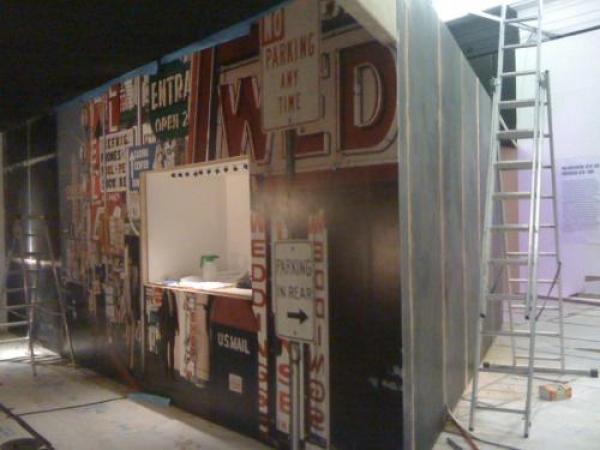 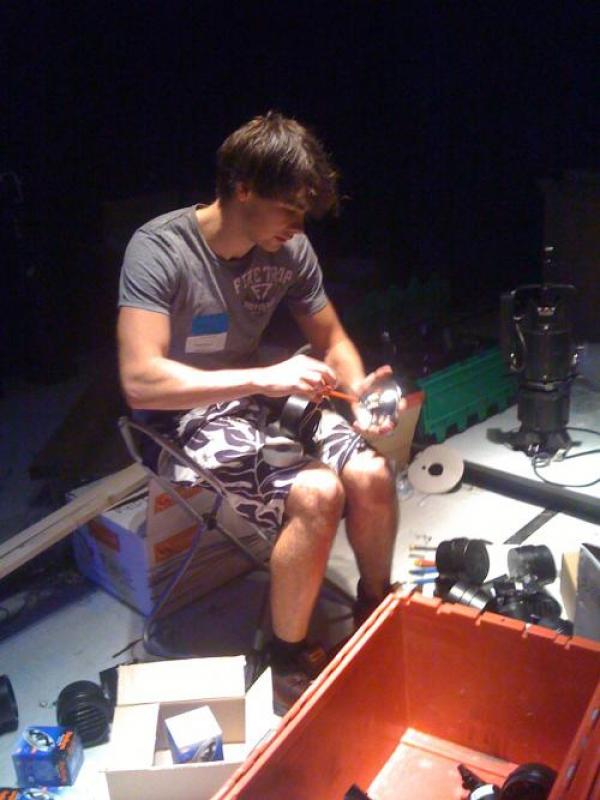 Hopefully you’ve enjoyed these ‘behind the scenes’ shots of the Postmodernism exhibition taking shape. Very soon you’ll be able to check it out in person – we open 24 September 2011! 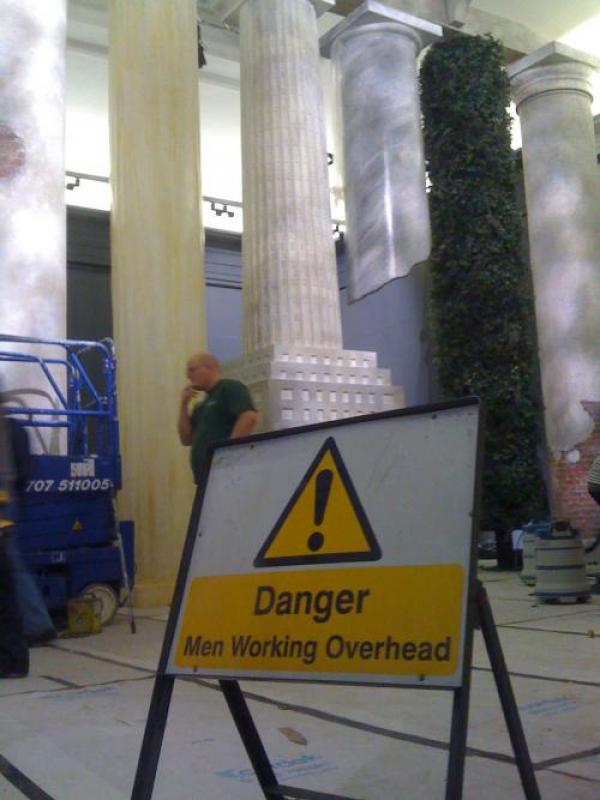 I know I've already posted about the graphic design for our Postmodernism show, but we've just finished the label design for the exhibition and there's a new example...