I know I’ve already posted about the graphic design for our Postmodernism show, but we’ve just finished the label design for the exhibition and there’s a new example of “sketch to product” process that is just too good to pass up. It comes courtesy of Jason Wolfe, one of the designers at APFEL (who are doing all the graphics for the show).

Here was the problem: in exhibitions that include 3D objects, especially crowded ones like ours, it can be difficult to work out which label goes with which exhibit. A great solution is to include an image of the object on the label. The problem is one of scale: using a photo doesn’t really work, because it won’t read clearly at such a small size. So Jason has designed icons for each object in the more densely packed areas of the exhibition. Here’s what the finished label looks like: 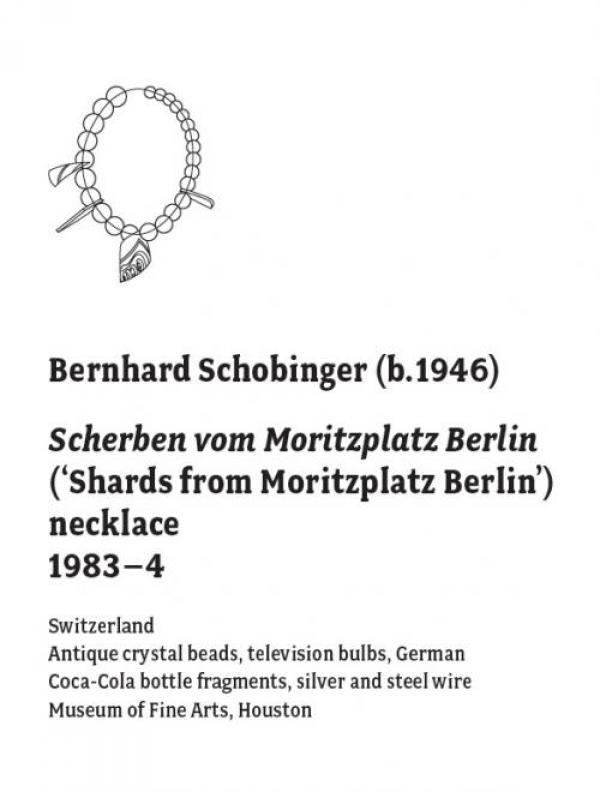 Jason arrived at the icons in a fascinating way: he used photographs as his preparatory sketches, and then drew on top of them with a digital drafting programme, simplifying them gradually. The process more or less speaks for itself. (The object, by the way, is one of my favourites in the show – a necklace from the Helen Drutt collection, now at the Museum of Fine Arts Houston, by the Swiss punk-influenced artist Bernhard Schobinger, who in the ’70s and and ’80s worked with detritus picked up on urban streets. His jewellery is just about the most ferocious ever made. I particularly like the smashed bit of corporate identity in this example.) 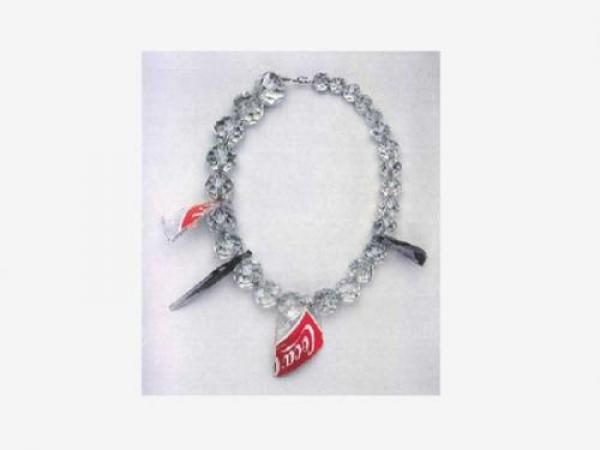 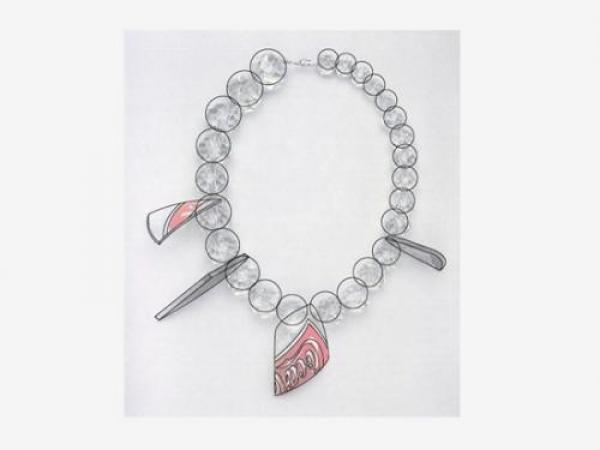 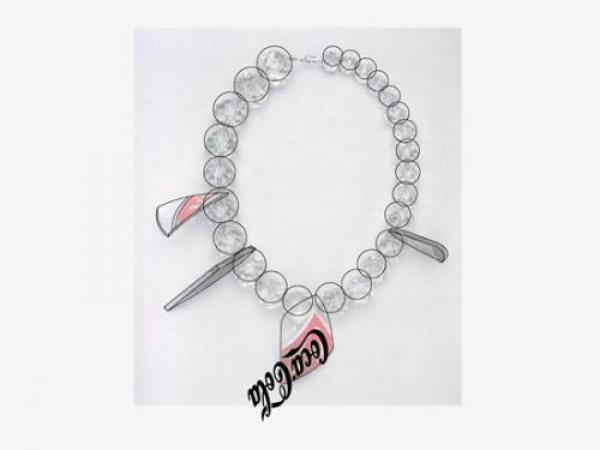 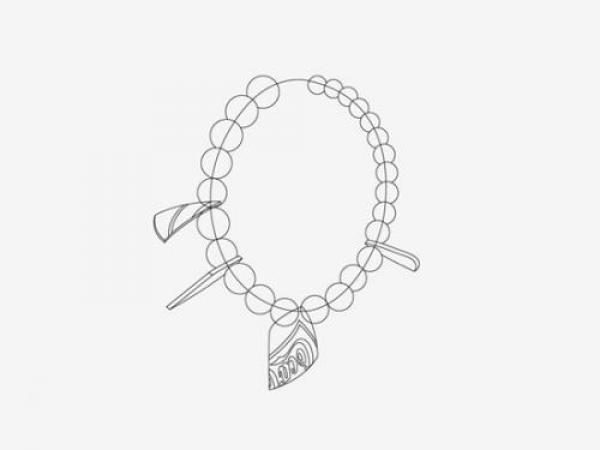 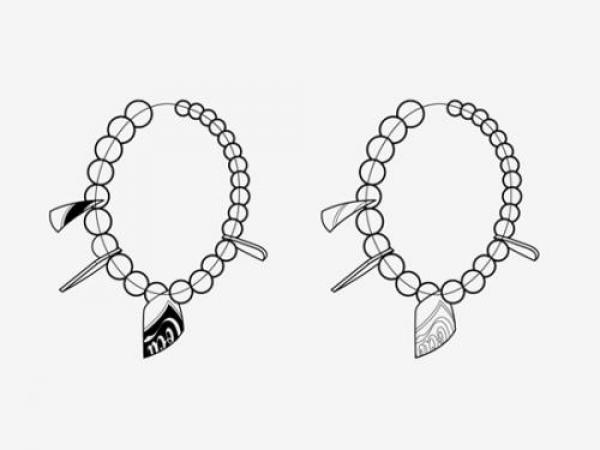 The use of solid black and white areas for contrast (in the left-hand version) is a particularly inspired touch – it increases legibility, which lending a uniform personality to all the icons. It’s one more touch that will help visitors navigate the exhibition, while adding a sense of style to the experience.

To see all the other icons (and the objects too) you’ll have to come see the show – opens September 24th!