This guest post has been contributed by Stephen Knott, a PhD student at the Royal College of Art. Find his own blog here.

Models play a key role in the design process, providing architects, town planners and designers an effective economical way of visualising spatial intervention. There is a utopian character to the model; the play in scale accentuates the viewer’s dominance, able to manipulate and mould an ideal version of ‘how it should be’. Who can forget the omniscience of Le Corbusier’s hand casually splayed out over La ville radieuse? 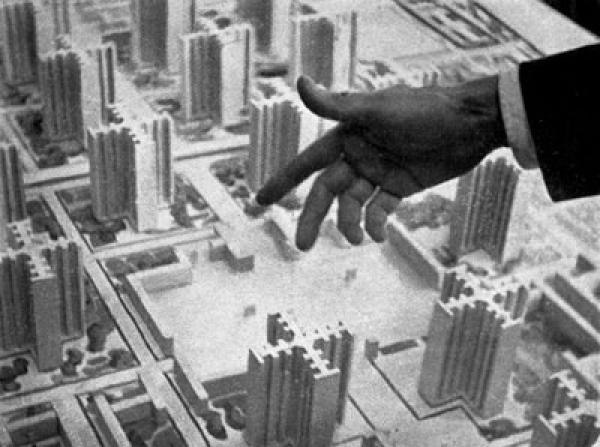 Scholars have commented upon the power of the architect’s aerial vision; Umberto Eco draws a parallel between the architect and the comic book hero Superman. But for the architect the model’s power is limited by the possibility that the miniaturised world might be built. By contrast the railway modeller is free to forge an alternative universe with no obligation to think of functionality or purpose. In this context the model is more like a painting than a three-dimensional prototype. 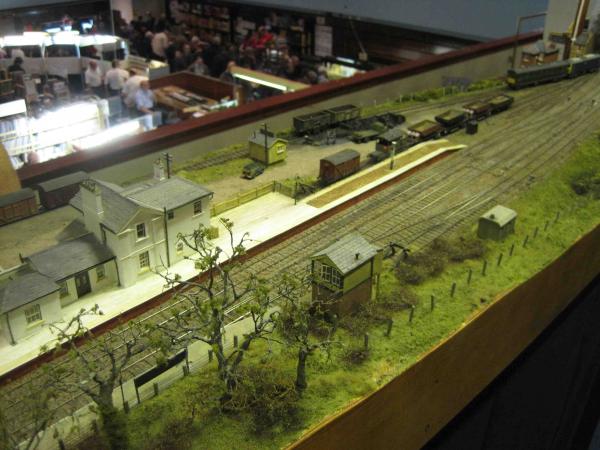 Like any good painting, a railway model demands a narrative and for this modellers rely on existing railway lines for inspiration. Yet this practice is not purely imitative. Modellers often ‘re-write history and/or geography to create plausible settings’, a creative blend of fact and fiction where historical accuracy is manipulated somewhat. The example above shows Peter Bossom’s ‘Whatlington’ a 3mm gauge layout, which depicts the station of a small town, with a goods trains delivering gypsum from a local mine. 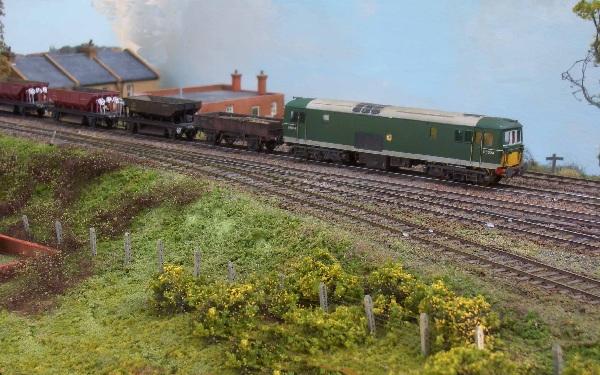 Whatlington does exist as a village in East Sussex, and the London-Hastings main line does pass by the village. There is a mine nearby that was founded by the Sub Wealden Gypsum Company in the 1870s. However, Whatlington has been made into a larger town with a station building that is an accurate scale replica of the operational Stonegate station, two stops further up the line, made after extensive photographic research. Whatlington was never the destination for the gypsum, which was carried to another station. Yet ‘Whatlington’ nonetheless represents a plausible alternative that remains historically informative. 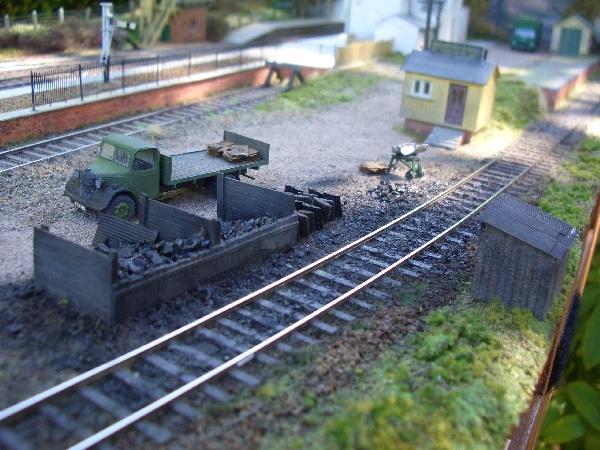 Notionally free from any functional purpose, railway models could be products of complete imagination emerging from a blank canvas. Modellers choose instead to structure their own activity through historical research, on-site visits and the implementation of a specific plan, albeit in a loose manner. Precision scale modelling of real spaces is very restrictive, so designing a fictitious layout based on historical precedent is a comfortable compromise between accuracy and imagination, leaving room for manoeuvre and creative license. 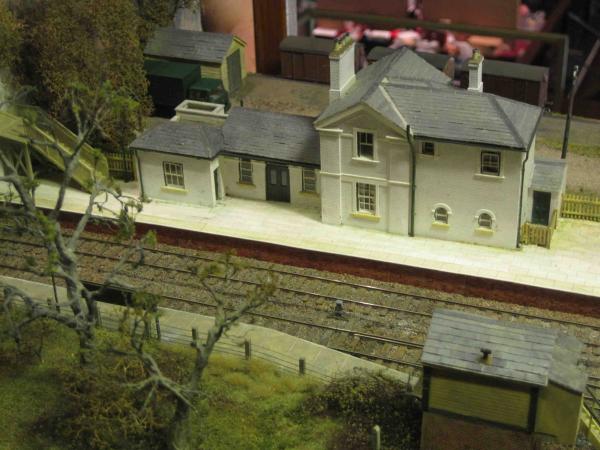 The temptation would be to categorise this as highly skilled copying, but as the Whatlington layout shows, it is more about shaping a re-intepretation or modification of the perceived universe. It demonstrates the creativity of keeping ‘within the lines’.

Thanks to Peter Bossom for permission to use images and content for this blog.