`Curiouser and curiouser!’ cried Alice. `I’m opening out like the largest telescope that ever was! Good-bye, feet!’ (for when she looked down at her feet, they seemed to be almost out of sight, they were getting so far off). `Oh, my poor little feet, I wonder who will put on your shoes and stockings for you now, dears? I’m sure I shan’t be able! I shall be a great deal too far off to trouble myself about you: you must manage the best way you can.

With Alice in Wonderland in the news, thanks to Tim Burton’s new film adaptation of the classic, it seems a good time to write about design drawings and issues of scale. Unless you plan to make an object that happens to be about the same size as a piece of paper, you’ll need to work out some method to enlarge your initial sketch. Conversely, if you’re making something small and quite detailed, you may want to draw it big first, and shrink it down once you have everything just how you want it.

The earliest method for doing this, which still works just fine today but involves a lot of manual work, is to square your drawing. This is as simple as it sounds: you just lay a grid over your work and then copy the image out, square by square. Here are examples of this technique used by the Renaissance artists Tintoretto and Bronzino. As you can see, there is a big difference in the finish of the two drawings, showing that squaring can be useful at various stages in the realization of the final picture. 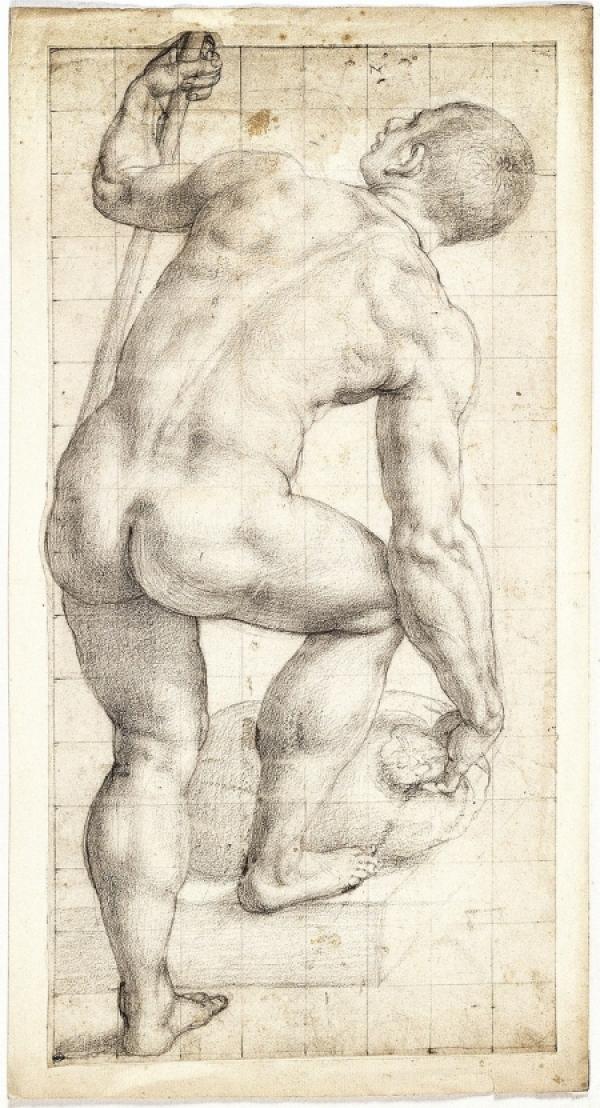 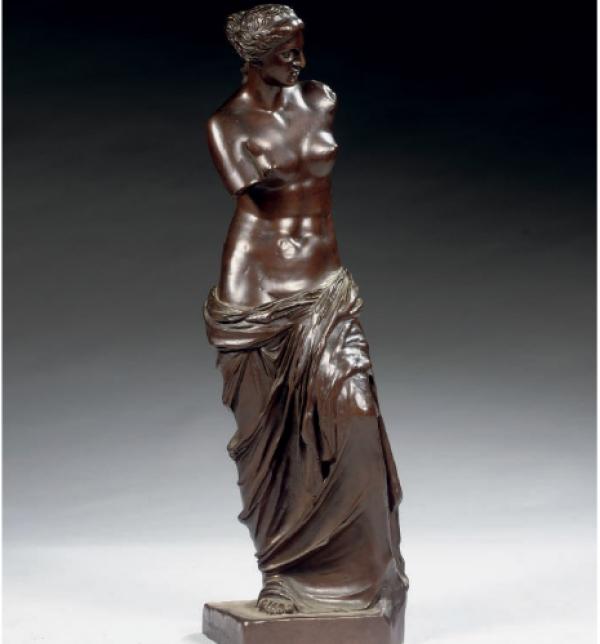 Three dimensions is harder. In this case, you need what is called a ‘pointing machine’, which can be used to locate key points on a sculptural form in three axes and transfer them. This is a little hard to explain, but the basic idea is that you triangulate from a fixed point. Once you establish the angles and distances to other points on the 3D form, you can use the same angles but larger (or smaller) distances and repeat the same form at a different size. Rudimentary pointing machines have been in use since antiquity, but in 1836 a French engineer named Achille Collas perfected the technique, producing an exact 3/5 scale model of the Venus De Milo in bronze as proof.

Collas’s invention was one factor in the popularity of small-scale domestic sculpture in Parian ware (unfired white porcelain) and other materials in the mid-19th century. Here for example is a statue of Mercury by the Danish sculptor Bertel Thorvaldsen, and a Parian copy in the V&A collection. 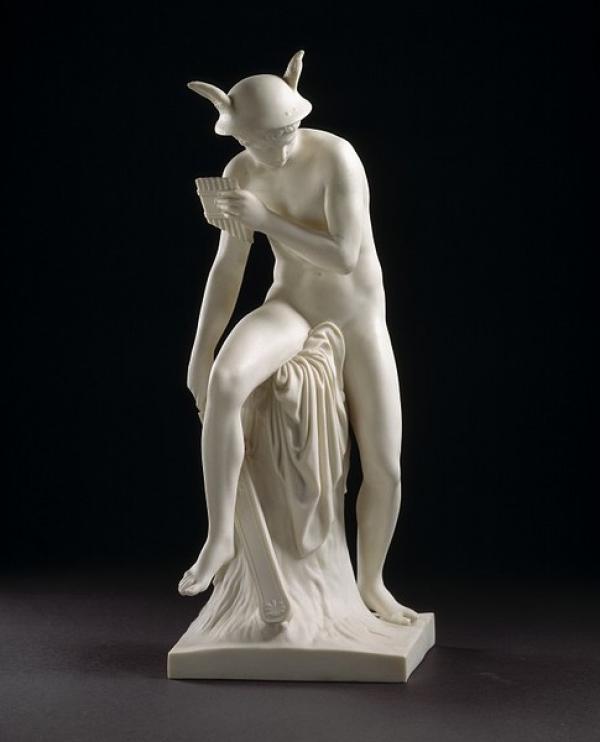 I mentioned above that when you’re making something quite detailed, you might want to first render it at larger scale. A good example is designing the face of a coin – which is far too small to comfortably draw by hand.  I’m not one for numismatics exhibits usually, but the British Museum has a fascinating display showing how coins are shrunk down from plaster models about 4 inches across, which are in turn based on sketches. Here are the models for a 5 Pence piece, along with the machine that is used to reduce the design – in this case, gears of different sizes are used to accomplish the task. 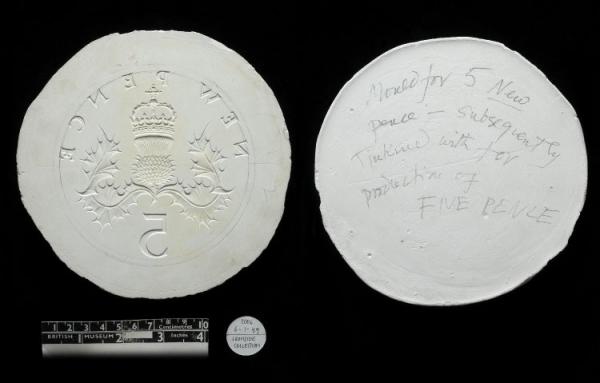 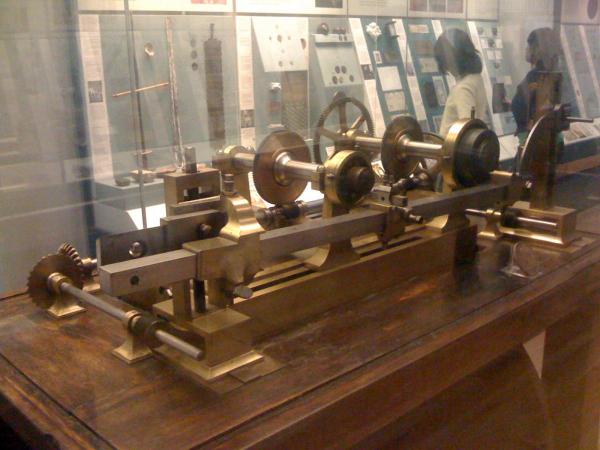 A final example that grabbed my attention is the work of the recently deceased artist Sol LeWitt, known for his abstract ‘wall drawings.’ Just like Tintoretto or Bronzino making a large-scale mural, LeWitt needed to enlarge his original sketches to architectural scale. For the purpose, he used a more geometrically complex version of the old technique of squaring. He called the result a ‘position drawing,’ because it told you not only the exact shapes of the work but also how it would fit the wall. 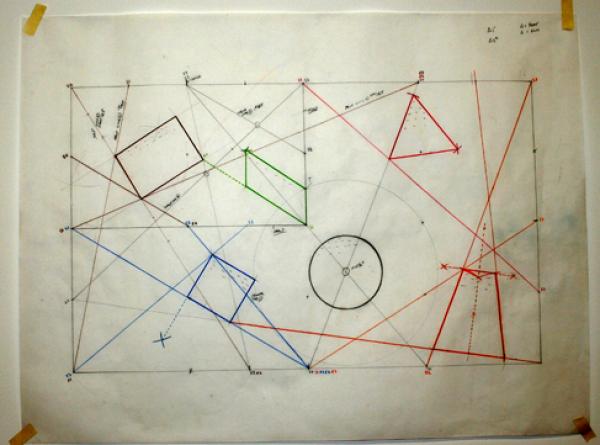 Eventually this technique itself became the basis of some of LeWitt’s wall drawings – in the sense that the shapes were developed entirely from the mathmatical locating of the drawing on the wall. Here’s an example from1975, entitled Lines to Points on a Grid, as installed at DIA: Beacon. Almost all the lines radiate from corners and midpoints – as if the wall itself were determining the form. 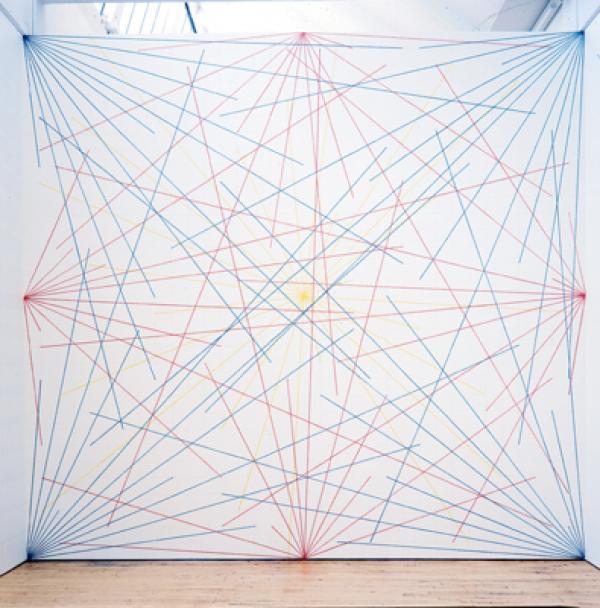