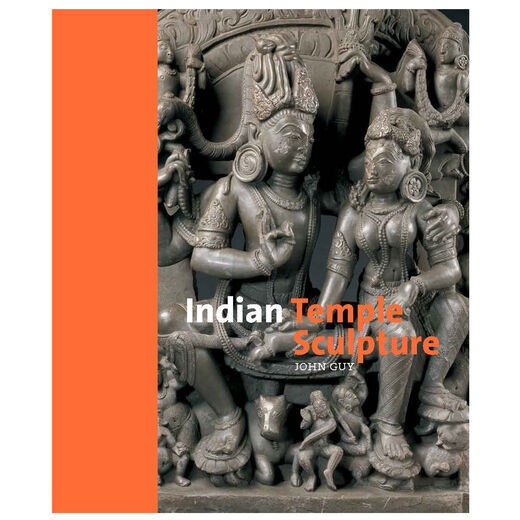 Details
In this innovative book, John Guy examines Indian religious sculpture in its temple setting, exploring its origins and cosmological meaning, its function within the architectural schema and its dynamic role in facilitating worship by devotees. Illustrated with the Victoria and Albert Museum's unrivalled collection of South Asian sculpture, it examines Indian temple sculpture as an instrument of worship, conveying powerful religious experiences, both emotive and aesthetic. It traces the early origins of sculptural imagery in India, the emergence of the pantheon of deities associated with the growth of temple building, and with the codification of image-making. The central role of the temple setting is presented through archival and contemporary photographs underscoring the role of ritual practice and the vitality of the temple festivals still enacted today. This book also provides a fascinating introduction to the principal iconographic forms in the three traditional religions of the Indian subcontinent, Hinduism, Jainism and Buddhism, with the principal deities presented through their myths and manifestations.

John Guy is the Florence and Herbert Irving Curator of South and Southeast Asian Art at The Metropolitan Museum of Art, New York. He previously served for 22 years as a Senior Curator of Indian Art at the Victoria and Albert Museum. He is an elected Fellow of the Society of Antiquaries of London and of the American Academy of Arts and Sciences. Major publications include Arts of India: 1550-1900 (V&A 1990), Indian Art and Connoisseurship (1995, ed.), Vietnamese Ceramics: A Separate Tradition (1998), Woven Cargoes: Indian Textiles in the East (1998), Wonder of the Age: Master Painters of India (MMA 2012). Interwoven Globe: The Worldwide Textile Trade, 1500-1800 (MMA 2013), and Lost Kingdoms: Hindu-Buddhist Sculpture of Early Southeast Asia (MMA 2014).