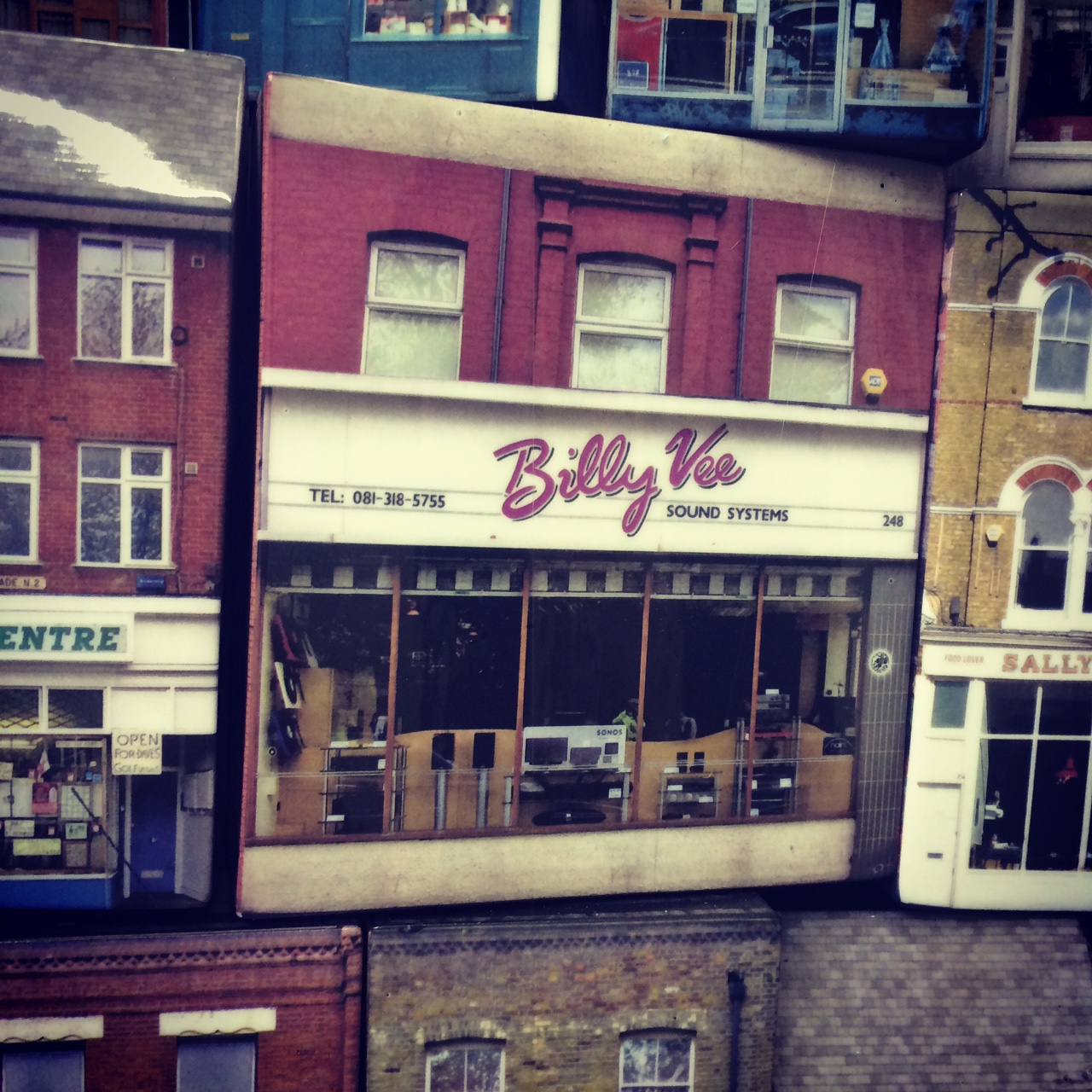 Lee High Road near Lewisham today and this fantastic looking audio shop. I think all the shop fronts portray the character and personality of the shop owner. Lewisham was most likely to have been founded by a pagan Jute, Leof, who settled (by burning his boat) near St Mary’s Church (Ladywell) where the ground was drier, in the 6th century. As to the etymology of the name, Daniel Lysons (1796) wrote:

“In the most ancient Saxon records this place is called Levesham, that is, the house among the meadows; leswe, læs, læse, or læsew, in the Saxon, signifies a meadow, and ham, a dwelling. A Latin legal record, dated 1440, mentions a place in Kent as Levesham which may refer to Lewisham. It is now written, as well in parochial and other records as in common usage, Lewisham.”

This notion of house amongst the meadows really solidifies the idea that London is not just one big city but a myriad of small villages all joined together. 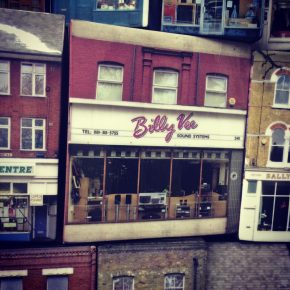 Hi Barnaby, I did a blog on the fact you’d sold models of Ken’s Cafe and the Newham Bookshop close to West Ham’s ground and have had quite a few requests from people wanting to buy them too, including Carol from Ken’s Cafe and Vivian Archer from the Newham Bookshop. Are you likely to make any more? Is there an address where potential customers can contact you? Thanks, Pete May

The Tower of Babel – Shop of the Day 179 One of my favourite shops and a place close to my heart I had my 1st small solo exhibition here in 2004. Opened in...

The Tower of Babel – Shop of the Day 178 What better way to start the week than with a proper breakfast. Nothing to do with Kraftwerk’s album of the same name The Electric...