The Natural History Museum, our neighbours across the road, have opened their Sensational Butterflies exhibition – an outdoor attraction packed with live butterflies. As I sit here at my desk, I see the NHM flag flying above the roof, fluttering in a brisk wind, and it struck me that we have our own sensational butterflies here, too, captured in drawings and paintings and prints. They may not be live, breathing specimens, but I think they’re none the less fascinating for that. Plus, it looks like Spring has finally sprung, and what could be more spring-like than a selection of the butterflies found in our stores? 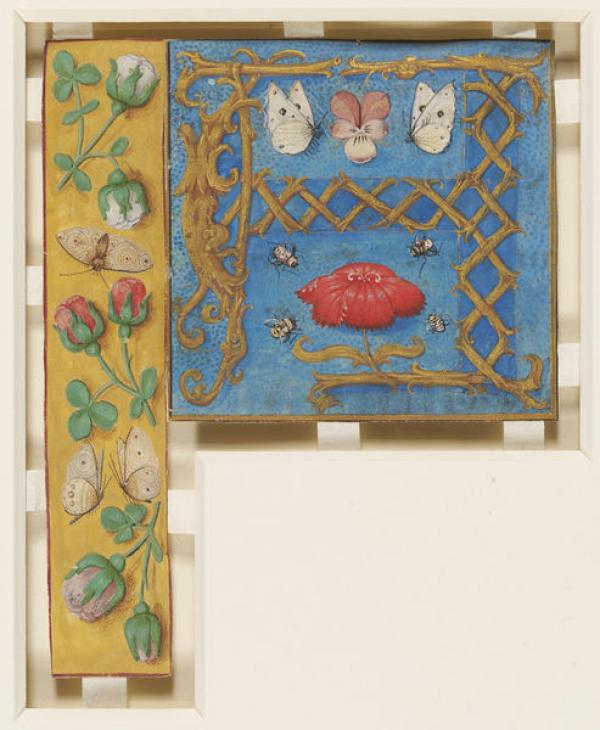 Illuminated letter A from a manuscript. South Netherlands, c.1520. 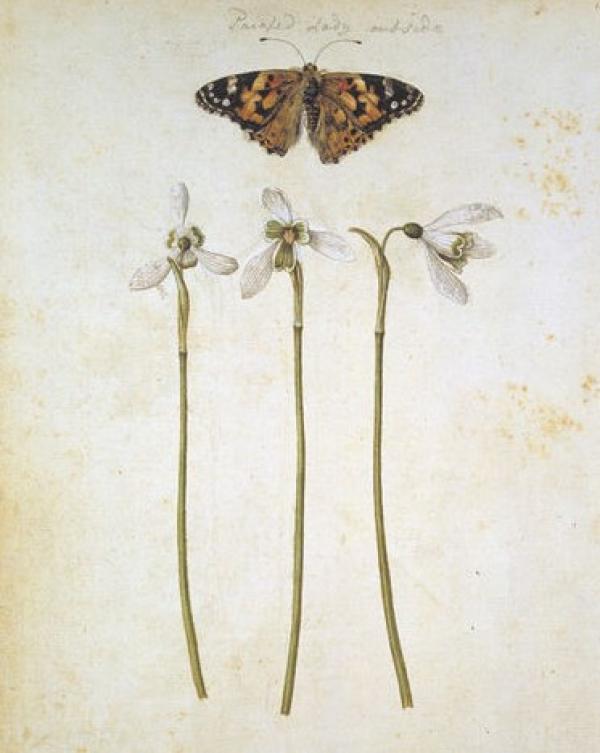 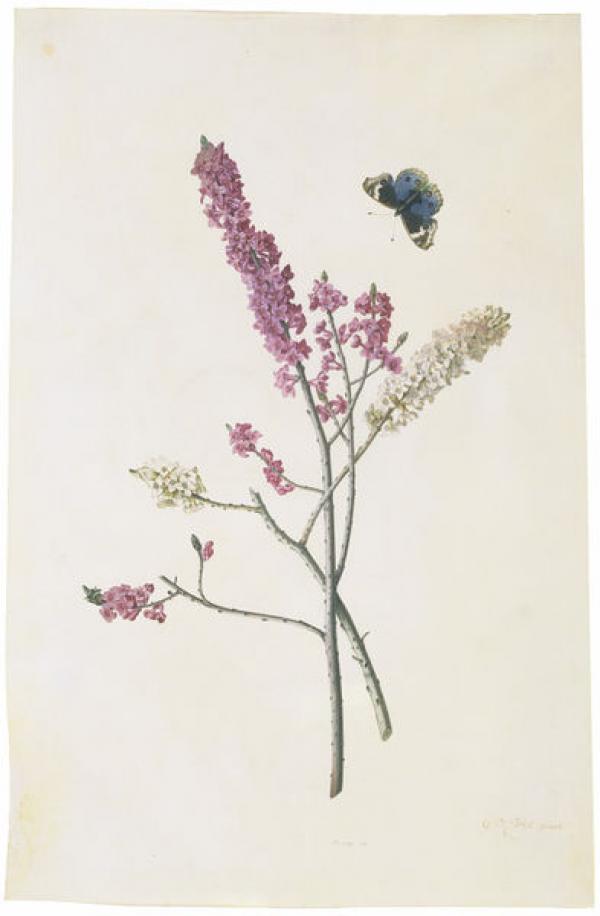 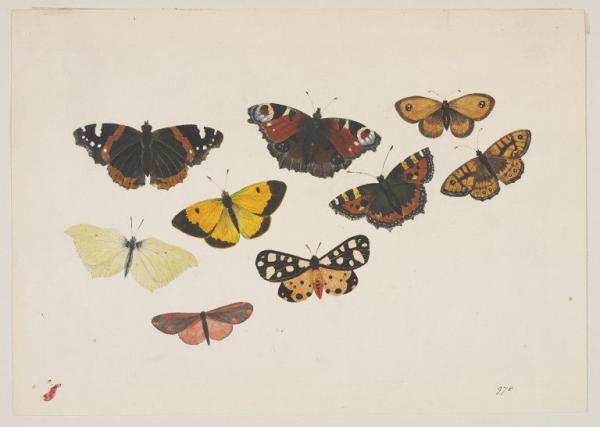 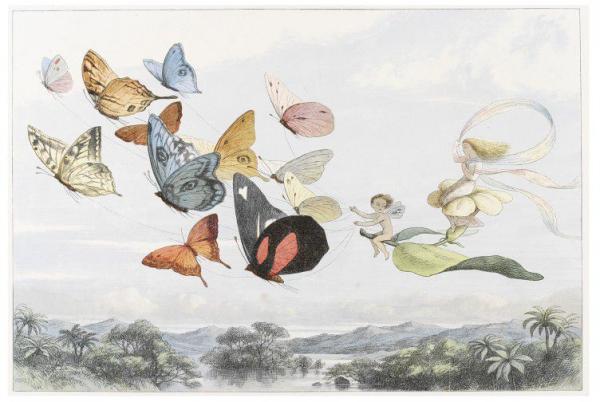 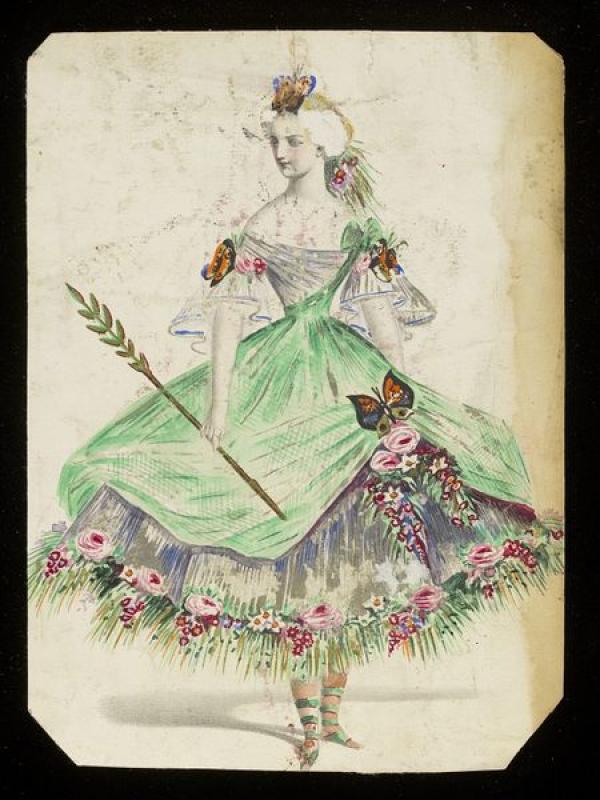 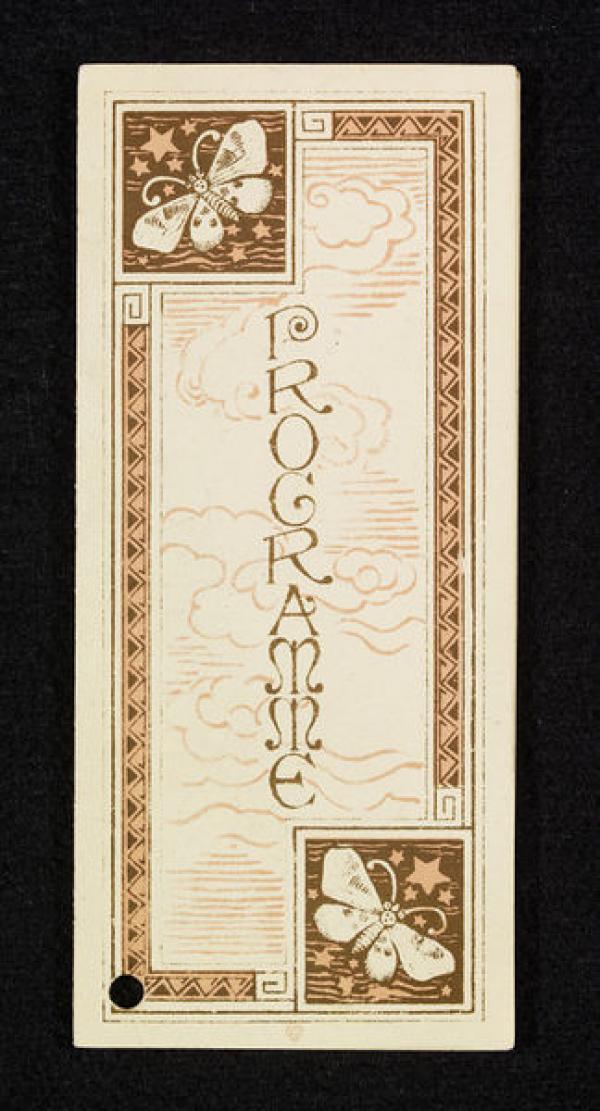 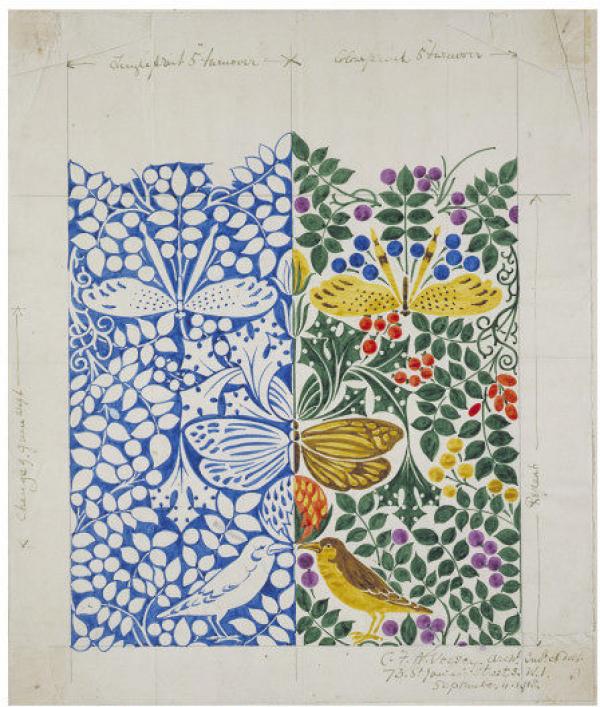 Charles Voysey. Design for a textile or wallpaper. London, 1918. Watercolour and pencil.

The 25 meters long of this mammal do not go unnoticed. If already in the oceans the beauty of the whales is inescapable, now we can see one of the majors exposed in the Museum of Natural History of London.