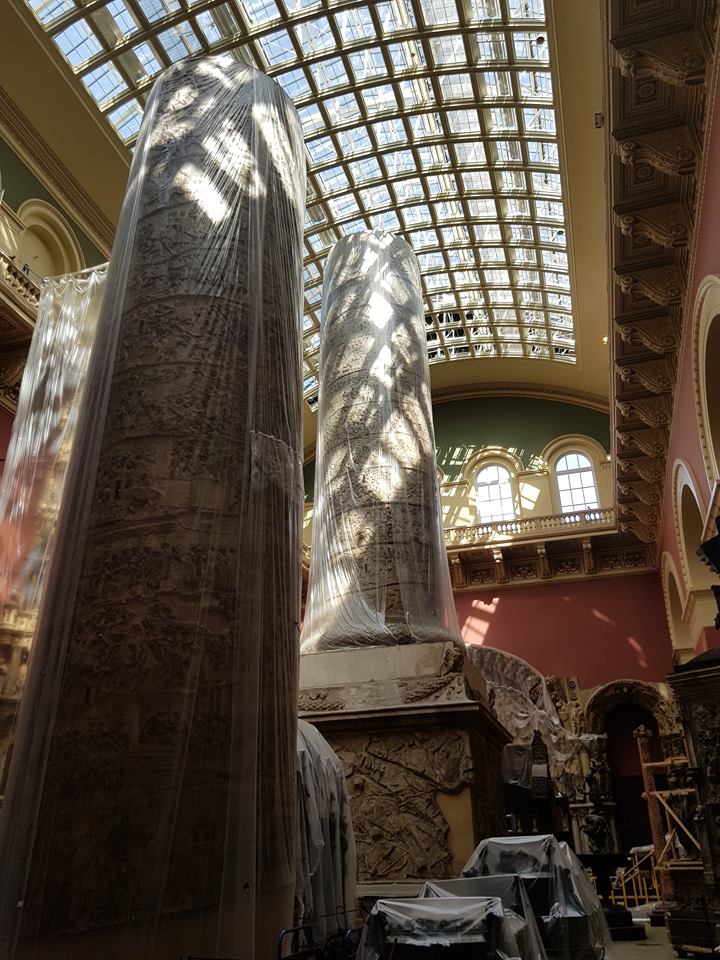 Over the last few months the Cast Courts team have been extremely busy cracking on preparing the gallery for re-opening, and we are now in the final stretch before we open to the public on 1 December 2018. There has been a huge amount of activity in the two galleries, and hopefully some of you have been to the museum and have been able to view this from above in Gallery 111.

Over the last year a large amount of time has been being spent dusting and conserving the many plaster casts, electrotypes and photograph’s that will be displayed across both galleries. Unfortunately, the objects that have been historically located in Gallery 46A have over time become very dusty and with the high volume of building work taking place this has only increased in the last few months, despite our best efforts to protect them and keep on top of the problem. Therefore, several of us from the project team have been dusting objects regularly to support colleagues in conservation who will then undertake a more thorough clean and consolidation of the objects. In the picture below, Reena, our Client Project Manager, is dusting a cast of a Scandinavian font (REPRO.1885-201). All of the objects that have been dusted, have now been covered in plastic to protect any further dusting landing on them. Therefore, the view into the Gallery 111 is perhaps not the most exciting at the moment, but it will all be worth it to see the objects beautifully clean when the gallery re-opens in the autumn! 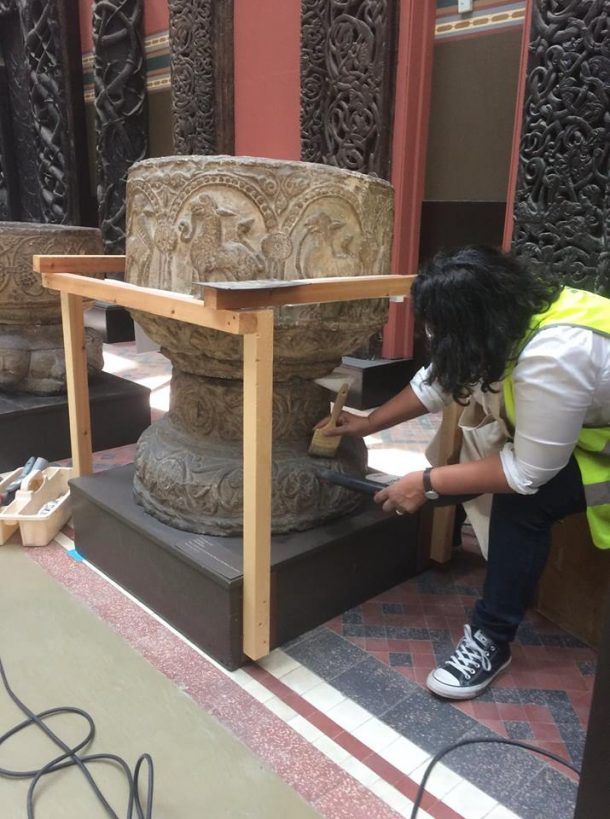 A team of technicians have also been hard at work preparing the new gallery, and a huge amount of work has been involved in installing many of the casts onto new plinths. The gallery includes many plaster casts of effigies of various famous historical figures, and these have all now been moved onto new plinths. This is a very complex and nerve-wracking process owing to the fragility of the plaster and the painted surfaces of the effigies. In addition, mounts have been being made for the new Cast Court Interpretation Gallery which will run between the two cast courts. The majority of the objects will be mounted on the wall, and we will begin installing these objects in this gallery later this month and this will continue until October.

The last wall of the new gallery will explore copying and the value of reproductions in the 20th and 21st century. For this wall we are acquiring several amazing objects, and I will offer a sneak look at some of these over the next few months. We are also currently hard at work proofing the new Cast Courts publication which will be on sale in the autumn, proofing the new Trajan’s Column Gallery Book, and finalizing the scripts for several new films which will be installed in the gallery. 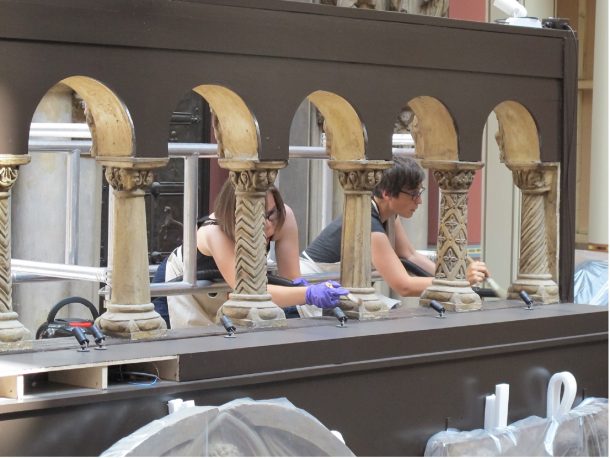 Finally two exciting project announcements, the new Cast Courts website is now up and running. It contains a great article on the History of the Cast Courts, and two in focus pieces on our casts of David and Trajan’s Column. There are also some beautiful films to enjoy, and we will be adding more content over the summer. Please see here. And last but by no means least our Call For Papers for the Cast Courts Conference is now up on the ReACH website. We will be hosting a 3 day conference in January exploring all aspects of reproduction, and the conservation of copies from the 19th century to the present day. The deadline for abstracts is 3 September. For more information please see here.

Find out more about the Cast Collection on our collection webpages.
cast courts FuturePlan sculpture