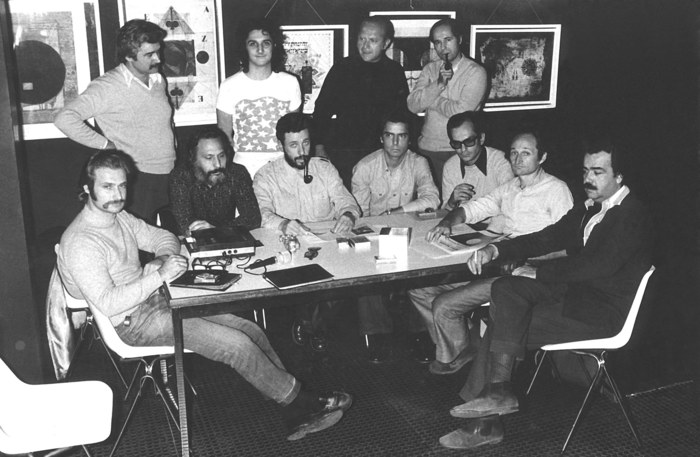 Today’s post is by guest blogger Melanie Lenz, the V&A’s Curator of Digital Art. In this blog entry, posted to co-inside with the 200th anniversary of Argentina’s independence, Melanie explores a small but remarkable number of the V&A’s digital artworks made in Argentina in the late 1960s.

The Museum’s extensive collection of early digital artworks were primarily made by practitioners working in Britain, France, Germany, Spain and the United States. The prohibitive costs of the emerging new technology meant that initially sites of artistic production were largely limited to European and North American research laboratories and universities that could afford the required equipment. However, a small but intriguing number of early computer-generated works were created by Argentine artists associated with the Centro de Arte y Comunicación (CAyC). The following blog post explores the fascinating history behind these artworks and looks at how they ended up in the V&A’s collection.

CAyC: An organisation and artist group

The Centro de Estudios de Artes y Comunicación [Centre for Art and Communication Studies] (CEAC) was created in Buenos Aires, Argentina in August 1968. It was initially conceived as a multidisciplinary workshop to explore the relationship between art, science and social studies; it positioned itself as a space to generate a new wave of experimental art. Shortly after its first public event at the Galeria Bonino in 1969, its name changed to Centro de Arte y Comunicación (CAyC).

CAyC was led by Jorge Glusberg, he served as director from 1968 until his death in 2012. Glusberg was a controversial figure who operated at multiple levels including artist, curator, critic and businessman. In the late 1960s and early 1970s CAyC played an important role in bringing leading thinkers and artists to Buenos Aires. The organisation provided a platform of public engagement and visiting international figures, the local art community and members of the general public took part in the courses and seminars it organised.

CAyC sponsored a number of different artist groups including Grupo de los Trece [Group of Thirteen] founded in 1971. Glusberg claimed that the artists in the group were invested in their social context and were leaving behind painting in favour of working with experimental and dynamic media. The initial members were Jacques Bedel, Luis Benedit, Gregorio Dujovny, Carlo Ginzburg, Victor Grippo, Jorge González Mir, Vicente Marotta, Luis Pazos, Alfredo Portillos, Juan Carlos Romero, July Teich, Horacio Zabala, Alberto Pellegrino and Jorge Glusberg. Later, some of the artists left the group, new members were added and the collective changed its name to ‘Grupo CAyC’.

CAyC’s first international exhibition was ‘Art and Cybernetics’ (August – September 1969) and included works by Japanese, British, American and Argentine artists. In the accompanying catalogue Glusberg stated, the exhibition showcased “a living art, created by innumerable pioneers of our time, who use ideas, synthetic shapes or mathematical equations instead of paintings; lights and motors, and information instead of brushes.” (1)

The exhibition catalogue reflected the bold and utopic vision of the organisation. “CAyC was created to promote the carrying out of projects and exhibitions, where art, technology and community interests are connected. This efficient exchange brings into evidence the new unity of our art, science and social environment. Its main purposes are to stimulate, support and develop social interest tasks, experimental studies or investigations on art and group communication… It is composed [of] artists, sociologists, logicians, critics of art and psychologists. They intend to enhance behaviour and communication phenomena and rupture of traditional forms. This should permit the opening of new expression systems, where researchers and artists attempt to represent the plastic interests of the 21st century man.” (2)

The idea of ‘systems’ provided a central framework that connected the multifaceted activities of CAyC; both in terms of the arte de sistemas (Systems Art) it promoted, and how the organisation operated – as a networked system or ‘communication circuit’ for Latin American artists and their Argentina counterparts. Furthermore, CAyC was international in its scope; it presented and positioned “new” art from Argentina globally.

The 9 related artworks in the V&A collection were donated by the Computer Arts Society, and may have been included in the CAS exhibition Computer Graphics 70, which was shown at Brunel University in 1970 and/or Creative Computers which toured the UK in 1971-2. 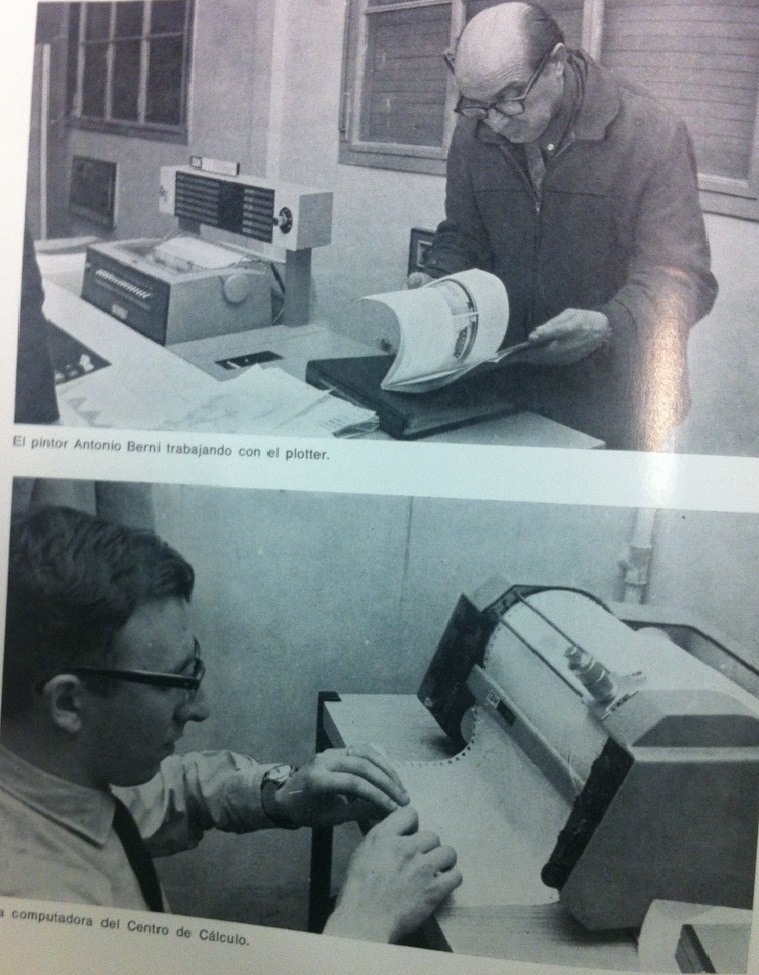 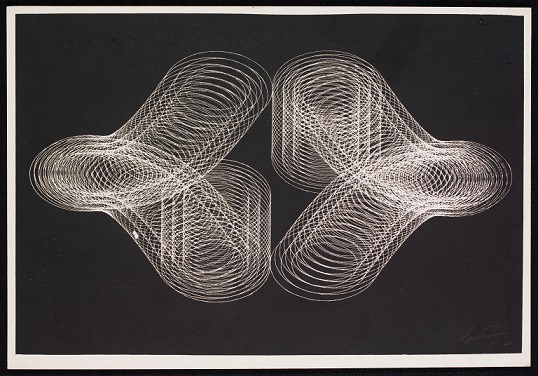 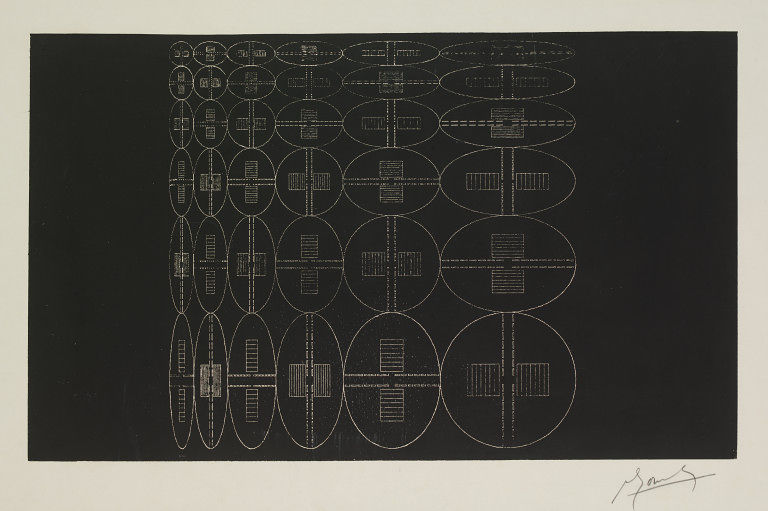 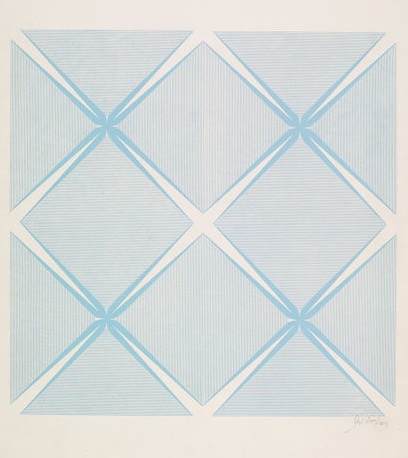 (1) Jorge Glusberg, ‘Art and Cybernetics’, in The First exhibition of the Centre of Studies on art and communication (Buenos Aires:CEAC, 1969), 4-5.

I understand of course how precious your time is so I decided to email you, since I was unable to speak to you personally. I am not sure you remember me, you were on the interview panel when I applied for the position of Documentation Officer, on the 22nd September 2015. It was you and Arran Reese and Pamela Young. While I was disappointed not gain the position, it was a wonderful experience just to be interviewed and to see the glorious Victoria & Albert Museum.

Since then I have gained a place at Durham University, to read for a Masters in Museum and Artefact Studies. As part of my course I must secure a placement at a museum. The museum that I really wish to have a placement with is the Victoria & Albert Museum. I am interested in working with the curatorial team, in such departments as the Oriental or Fashion.

I am in the process of reading a fascinating study of the period during which CAyC was established and in which it prominently features. ‘Image and Text in Conceptual Art’ by Eve Kalyva