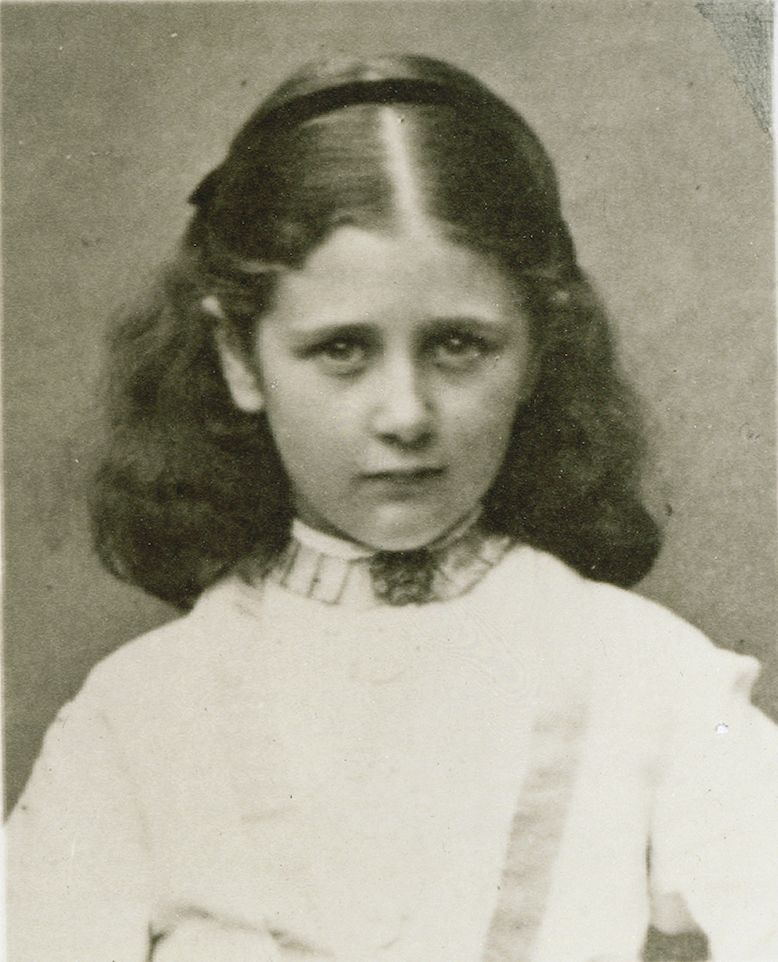 The author and illustrator Beatrix Potter recalled one of her birthdays, her tenth, in her journal:

“I remember so clearly – as clearly as the brightness of rich Scotch sunshine on the threadbare carpet – the morning I was ten years old – and my father gave me Mrs Blackburn’s book of birds, drawn from nature, for my birthday present. I remember the dancing expectation and knocking at their bedroom door, it was a Sunday morning, before breakfast… The book was bound in scarlet with a gilt edge. I danced about the house with pride, never palled.”

I’m writing this 140 years after she received the much-loved present she describes, a copy of Jemima Blackburn’s Birds drawn from nature, for her tenth birthday. Later, Beatrix Potter not only met the book’s illustrator, Mrs Blackburn, but would herself come to master natural history illustration, as well as much more besides.

The V&A looks after one of the world’s largest collections of Potter artwork, manuscripts, books, photographs and related material and is marking the 150th anniversary of Potter’s birth through a new display. Beatrix Potter’s London takes the author’s birthplace, which was not far from the V&A, as its starting point. She was born at 2 Bolton Gardens in Kensington, which was then still a leafy suburb in the process of developing into the cultural centre we know today. She would continue to live there until she married the Lake District solicitor William Heelis at the age of forty-seven.

The house was a spacious, four-storey affair, and the wealthy Potters employed servants as well as a nurse and a series of governesses to look after the young Beatrix and her education. Beatrix Potter later referred to the house as her ‘unloved birthplace’ and it seems she experienced periods of loneliness and unhappiness there. But she had the company of a younger brother, Bertram, when he wasn’t away at boarding school, as well as many pets, ranging from rabbits to some slightly more unexpected animals including bats and newts!

And as a young woman she increasingly began to explore what London had to offer.

The display explores the role of Potter’s home city, London, and more direct local area, Kensington, in her life and work, from a look at life at Bolton Gardens to the visits she made to London museums and galleries (including the V&A), and the books and other publishing ventures originating in the capital.

However much she sometimes disliked Bolton Gardens it remained home for much of her life. It must have been a key influence on her, however little the city seems to colour her books, which often instead feature Lake District landscapes: The Tale of Squirrel Nutkin is set on Derwentwater, for example. By the time of her eventual move to the Lake District in 1913 she already knew the area well, having purchased her first property there (as an investment and a place for holidays rather than a home) in 1905. But 2 Bolton Gardens was still her address for most of the year.

Following her marriage in 1913, though, Beatrix Potter finally left Bolton Gardens and London behind. Of course she still had ties to the city, not least to the publishers of her books, Frederick Warne & Co. She published the 23 Peter Rabbit books with Warne; the majority were completed before her marriage and permanent move away from London.

Her old house in Kensington is no longer there – it was destroyed during the blitz. But a blue plaque marks the spot, and the artwork she left behind allows us a rare glimpse of the area through Beatrix Potter’s eyes.

Other items in the Beatrix Potter collections can be viewed by appointment in the Archive & Library Study Room at Blythe House.

I grew up reading her books. I would check them out of the library. I’ve been going to the library just to read them again. Im hoping to go to your country just to see where she lived and the museum. The country side that she donated. Ijust want to see ever thing about her life. One day I’ll make it.

Best child writer for as long as I can remember. I’m 55 ive been reading her books again.

I adore Beatrix Potter and her delightful wee books. I think my favourite is The Tale of Mrs Tiggy-Winkle which was first published in 1905. The story is about a small child called Lucie who loses a pinafore and her handkerchieves and she goes out looking for them. Mrs Tiggy-Winkle’s story was inspired by the surroundings at Hilltop House Beatrix’s home in the Lake District.
For a very long time I have been collecting Beatrix Potter Figurines which compliment her Tales so well. For a Definitive guide to these special figurines see https://beatrix-potter-figurines.com.