As part of my Heritage Lottery Fund/Institute of Conservation Internship at the V&A, I’ve been working with Furniture Conservation preparing ‘Small Stories: Dolls Houses and the History of the Home’ , an exhibition that opens at the Museum of Childhood later in the year. 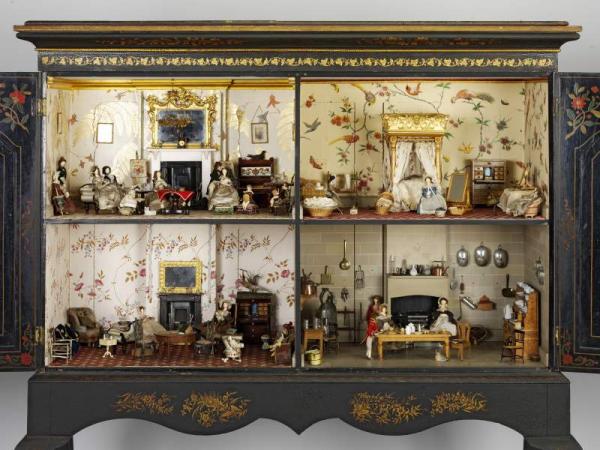 The V&A Museum of Childhood has a collection of around 100 dolls houses. Including miniature (and not so miniature!) country mansions, suburban villas and modern high-rise apartments, this new exhibition will showcase a selection of some of the most interesting, ranging from 1673 (a hand-crafted Nuremberg merchant’s house) to 2001 (a Kaleidoscope Post-Modernist family home). The exhibition won’t just look at the dolls house as a child’s toy (a quite recent notion). It will also look at the history of the home, ways of living, and the evolution of the dolls house from a wealthy adult’s showpiece to the mass-produced toy that we all played with as children.

Actually getting the dolls houses and all of their component parts on display is quite a challenge and takes a huge  amount of preparation. Although the exhibition will feature a reasonably modest number of doll’s houses (about thirteen), the actual  number of individual parts (furniture, figures etc.) is about 1900, and each part has to be assessed, documented, conserved where necessary and packed safely for transportation to the Museum of Childhood and the various tour venues afterward. 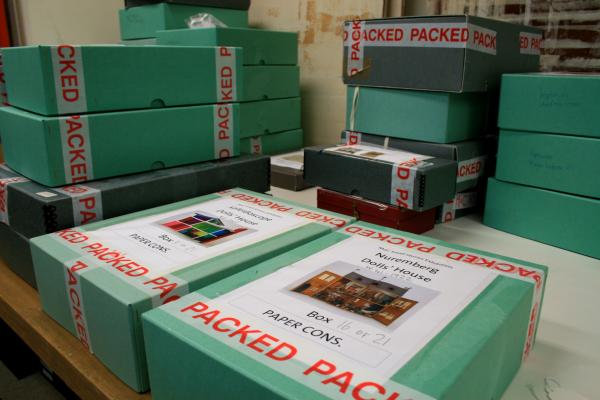 One of the more interesting houses is the rather strangely-named “Killer Cabinet House” of about 1830-40, which you can see above (The name comes from the man who commissioned it – John Egerton Killer). The house is quite special because it is has been set up in a cabinet and not in a miniature building. The ironically named Killer, who was actually a doctor, based the design on a favourite cabinet in his own collection, which when opened would reveal a dolls house interior that was intended as an amusement for the ladies in his family. 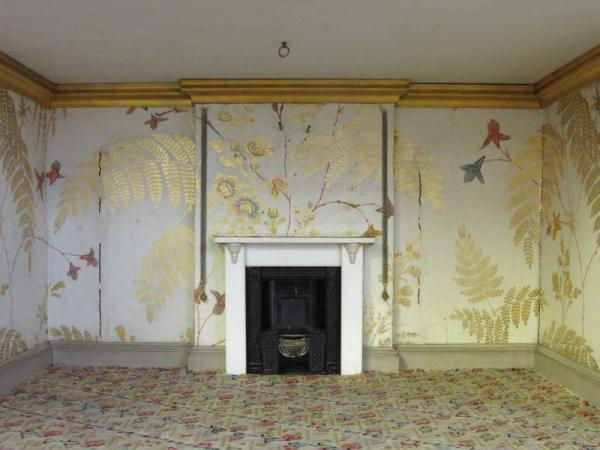 The Roma Hopkinson’s House (W.8-2007) below is a fascinating document of how people lived during the war. The house is a replica of Hopkinson’s own house and is furnished in a 1942 style. Her attention to the minute details of the houses interior is amazing – she made tiny ration books, photo albums and magazines all copied meticulously from the originals. She even modelled the figures on her own family members. 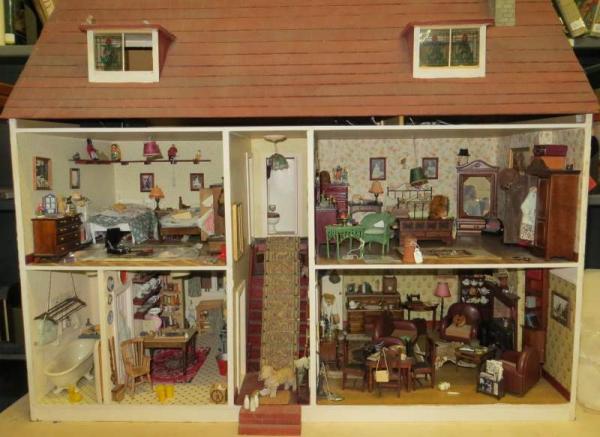 Because Small Stories will tour to several venues after it is displayed at the Museum of Childhood, it is vital that the-often delicate parts are secure and stable to travel. For me, this involved very careful examination and documentation of all the surfaces of the houses and its parts. I frequently needed reattach lifting wallpaper, fill cracks and holes, and make sure carpets and floors were stuck down. Tiny parts – details that could so easily be lost (a very real hazard with objects measured in square millimetres!) – also needed to be attached securely: 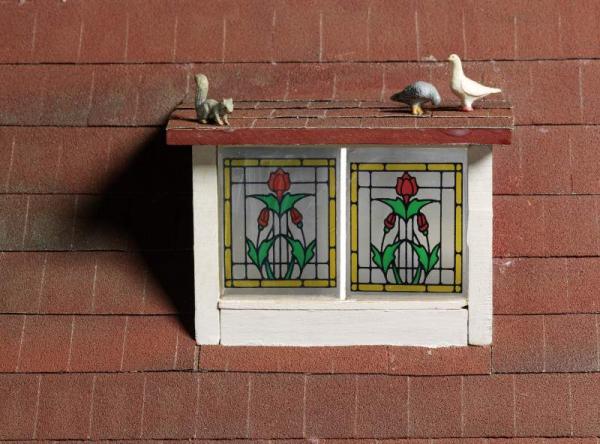 Preparing thirteen dolls houses for exhibition might appear to be a minor task when compared to the V&A’s South Kensington exhibitions. After all, South Ken exhibitions often include hundreds of large and complex objects. However, the reality is quite the opposite. Assessing the condition of 1900 tiny objects, conserving them, and preparing the huge amount of condition documentation that this generates is a significant amount of work. More importantly, figuring out how to pack so many small and very delicate parts for the travelling the objects around the world requires a lot of planning and skill to create the made-to-measure boxes that will accompany the exhibition wherever it goes. 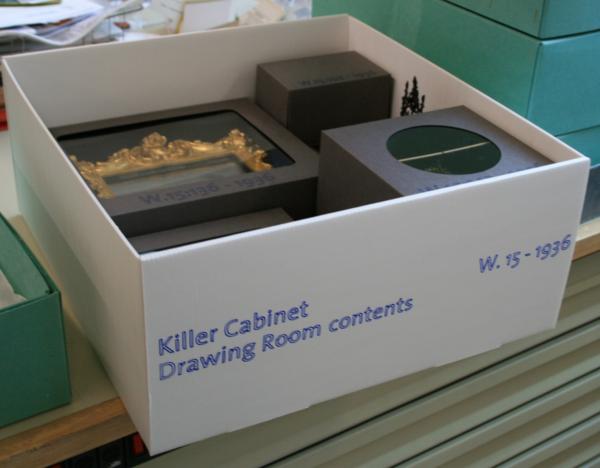 Small Stories: Dolls Houses and the History of the Home will open at the V&A Museum of Childhood in Bethnal Green in December 2014. We’ll post more on the preparation of the houses and parts for the exhibitions over the next few months.