On 17 May 1899 Queen Victoria travelled in a semi-state open landau the short distance from Buckingham Palace to South Kensington to lay the foundation stone for the new Victoria and Albert Museum buildings designed by the architect Aston Webb (1849-1930). 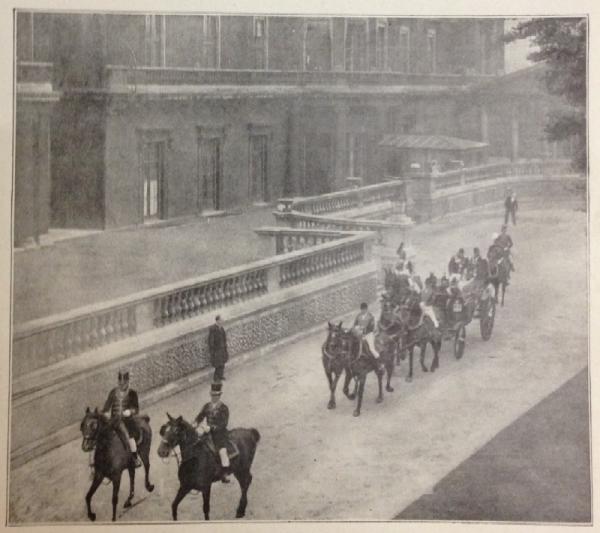 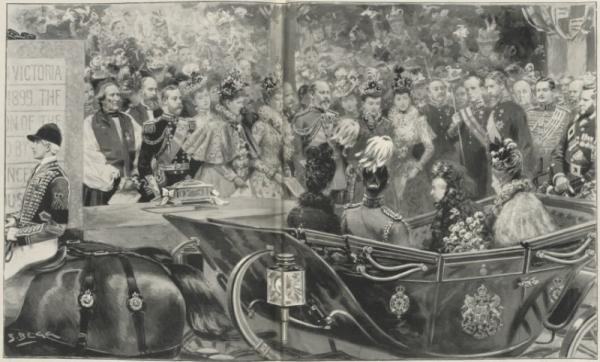 Part of the elaborate ceremony included the placement of an oblong casket, made of beaten copper with gold decoration, with a domed lid surmounted by the Imperial Crown, within a cavity (just visible in the above image) beneath the foundation stone itself. Nowadays time capsules are made of plastic or stainless steel and are heat sealed! 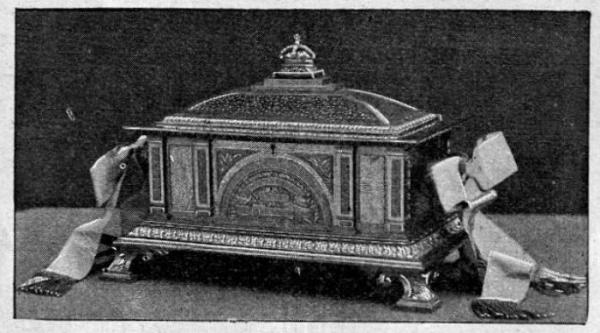 The casket contained a copy of the Duke of Devonshire’s address to the Queen, in which he described the history of the V&A and its collections, and a set of current coins supplied by the Royal Mint. The value of the coins was £2 1s 4 ¾s, the equivalent to £140 in today’s money. The casket was locked by a small gold key. If you’d like to read the Duke of Devonshire’s address, a copy is held in the V&A Archive: ask for file ED 84/93. 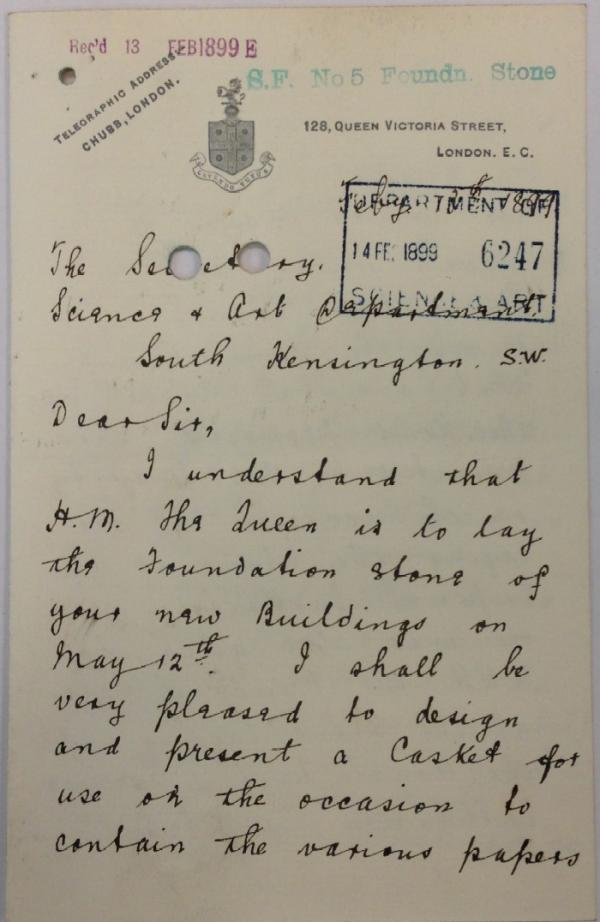 It is a curious fact that the foundation stone, which you can see to the left of the main entrance to the V&A, is not where Queen Victoria laid it. John Physick notes that this is because the ‘laying of the stone had been timed to suit the Queen’s convenience’; work did not begin on the foundations until the following year (1). 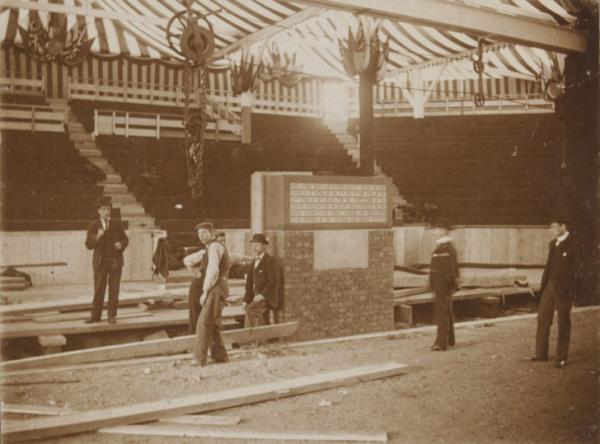 In the course of creating the John Madejski Garden (designed by Kim Wilkie landscape architects) in 2005, contractors unearthed an ‘unofficial’ time capsule which had been buried on 15 April 1987 during the construction of the Pirelli Garden (designed by Douglas Childs from the Department of the Environment). Three documents were recovered from the box: a short account of the garden’s construction, a photograph of the workers and this photocopy of an early design sketch by Douglas Child. 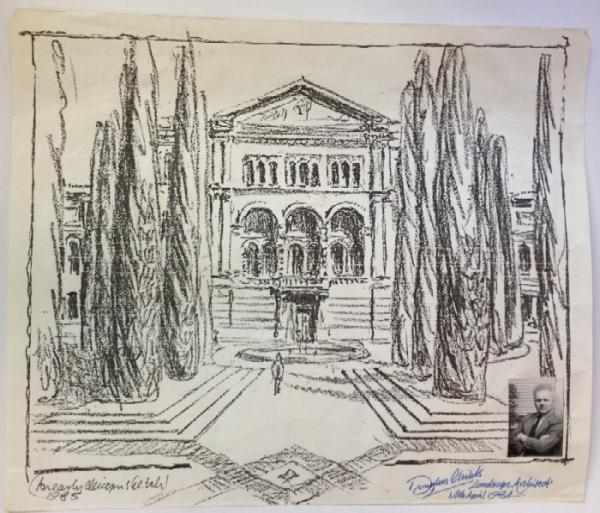 The account makes reference to objects ‘representative of the works & the time’ but unfortunately the archive file does not give an indication of what these were or what happened to them.

In 1995 a time capsule – this time an official one! – was assembled to commemorate the opening of the newly-refurbished Royal College of Art building at the V&A. Its contents, which should make for an intriguing snapshot of V&A social history, aimed to capture the ‘life and personality’ of the V&A in the late 20th century, and staff were invited to make contributions. The capsule itself was made of high density polyethylene, about 12”-18” long and heat sealed with a fusion coupler. 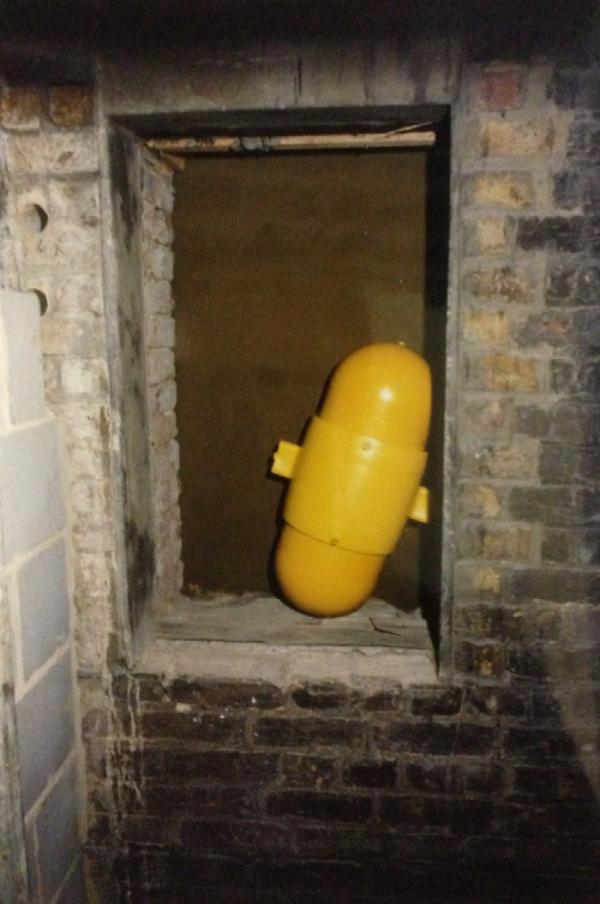 A ceremony marking the capsule’s 50-year immurement was conducted by Elizabeth Esteve-Coll, the V&A’s Director, at 12 noon on 28 April 2005, in the presence of staff, contractors and other invited guests.

We don’t know precisely what was put in the capsule but the press release teased readers with the revelation that it would contain ‘sealed, personal accounts of life at the V&A, staff photographs, press cuttings and official documents’.

A plaque was set into the wall to mark the spot, so the capsule’s recovery won’t lead to a similar scene of hapless destruction to the one depicted in this cartoon from the V&A staff newsletter! 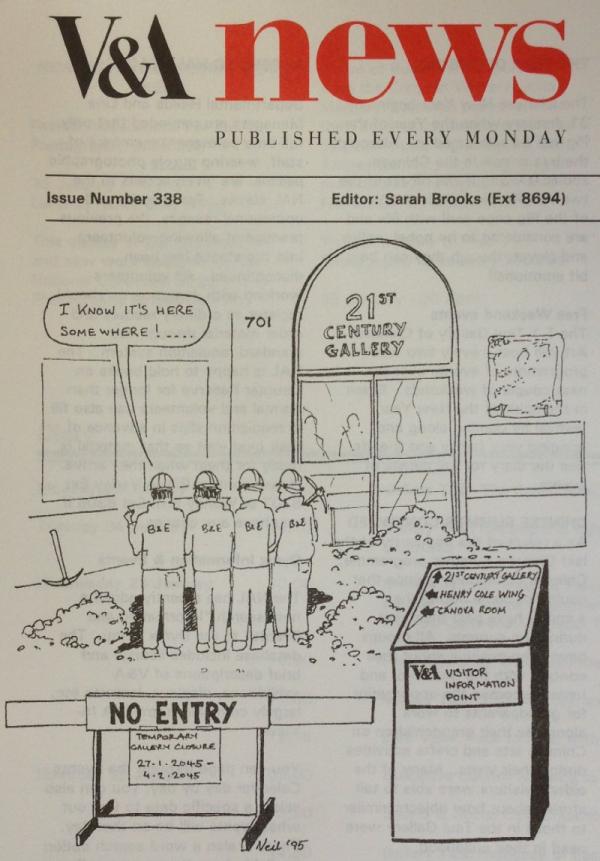 (1) Physick, John. The Victoria and Albert Museum: the history of its building. London: [The Museum], 1982