Sometime soon after the dissolution of my marriage plans I drifted into the Fulham Road Popular Book Exchange and while rummaging found masses of contemporary and old American comics. I opened one of the earliest issues of The Amazing Spider-Man and was instantly hooked.

I scoured the Book Exchanges across London and scooped up a load of vintage items. I checked for that Captain Marvel Adventures of my childhood. I couldn’t find it but I had no recollection of the cover, the issue number, or what year it was. I might well have imagined it – it was such an accurate allegory for the enormity of apartheid. A wishful memory might have invented it.

In 1967 I was editing a film about rebellion in apartheid South Africa when I got a tipoff; someone mentioned Bob L selling comics amidst the bric-a-brac barrows in Earlham Street. I rushed across Cambridge Circus on the periphery of Soho.

I went there during my lunch break daily, buying as much as I could carry. The crew I was working with looked askance at the comics piling up under the rewind bench. Lindsay Anderson mentor and supervisor warned me that if I preoccupied myself with trivia I’d end up producing trivia. Simultaneously Lindsay kept on plying me with books to read and films to see. He felt I should be better culturally equipped. He’d committed himself to orchestrating my career. 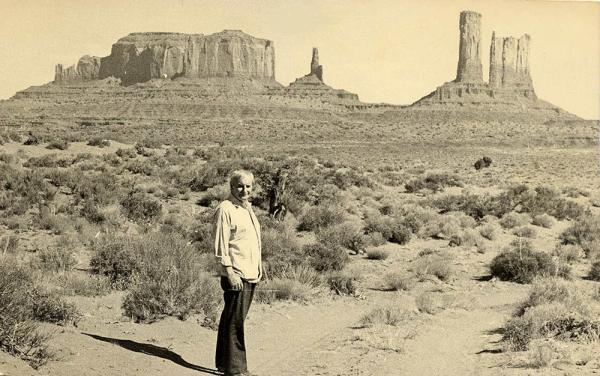 I was struggling along Old Compton Street when I bumped into a pal who wanted me to come up and meet one of The Beatles. I’d got him the job as an assistant editor. No visitors were allowed into the cutting room but he was sure I’d be welcome. Hugging my comics I followed my pal up some dingy stairs.

First the editor and then Paul McCartney gave me a warm welcome. Paul was fascinated by my 1940s and 50s Dell publications. Editing on The Magical Mystery Tour slowed to a crawl as I let loose about the westerns with painted covers I was carrying. I enthused while Paul strummed. He invited me to lunch. I accepted.

Rosie, a veteran Soho soak, in his usual gutter stained raincoat with red roses tucked under his glasses behind his ears, breezed in. Rosie asked Paul what day it was. Paul handed him a guitar. Together they sang: ‘Will you still need me, will you still feed me, when I’m 64?’ I was their audience while in the background the editing carried on. It was a truly magical interlude – one of the best moments of my life.

Two more Beatles arrived. Paul kept on strumming but Rosie scarpered. The mood had altered. John Lennon gave me a seriously dirty look. I felt desperately uncomfortable. I gathered up my comics and suggested to Paul that we had lunch another time. Paul did not look up, and continued strumming. I had to edge past John in his white suit as I left. I could feel his eyes following me. Ringo with an enfeebled, insipid smile moved out of my way. He had a look of someone who didn’t want to be where he was – like I must have. I never saw Paul McCartney again.

The visits to Bob’s barrow continued for ages. He was always upbeat and witty. He had a frayed silk top hat, a sequinned waistcoat and a moth eaten black tuxedo with ravaged tails. I asked questions: His stock came from L Millers who distributed reprinted flimsy black and white copies of American comics. Millers were clearing out prior to closing down. The best of the lot were from the 30s. They were stacked in the lower part of the barrow. This meant crouching in the gutter, or kneeling on the pavement: Included were mint condition King Comics, Adventure and Famous Funnies – newspaper strips reissued in comic book format. A great many of the comics had been compiled and bound to look like books – there was a uniform mottled, dark maroon covering on all of the bound copies – a smart classical look. Subsequently they were taken apart to be sold off singly which is what the yet untapped market favoured.

Things changed. Bob became edgier – his face got raddled and his banter wilted. His pretty little girlfriend who slept with a loaded revolver under her pillow vanished. Bob looked more wasted. His Rock Star ambition was taking over from the comics. It was obviously not a brilliant changeover.

One day I got to Earlham Street, but no Bob and no barrow. I came back a few times. I spoke to the other stallholders. Bob had disappeared on a pop tour in Sweden. Another stallholder said the cops had been looking for him. Years later I bumped into Bob in Soho. He wasn’t friendly. I wasn’t sure he recognized me. If only I could have kept those mint gems from the 30s – if only they weren’t stolen! 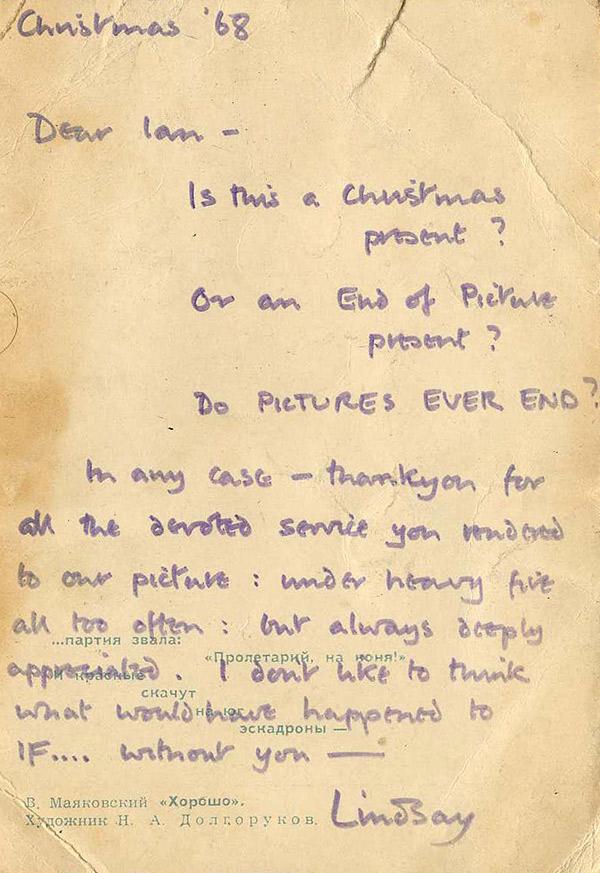 The last film I worked on in the 60s was If… It won the Palme D’Or at Cannes in 1969. The most salient moment I can remember was when I arrived in the cutting room and found Lindsay poised over the Daily Telegraph. On the front page was a photo of a Paris rooftop. It was the student rebellion of May 1968. The picture bore an uncanny resemblance to the ending sequence on the rooftops of If….

Years later Lindsay was flying in a private plane over New York. Looking at the Twin Towers he observed that they made a good target.

I never resolved anything with Lindsay in regard to his attitude to comics. He was equally derisory over his Oxford education in the classics.

I got Lindsay to read one of my favourite comics. He was unimpressed by an early Captain Easy by the masterly Roy Crane. I got him to look at some of The Prisoner, the cult television series on which I co-wrote an episode. He didn’t think there was a future for me in television. There wasn’t.

He sort of came around to me and comics. He attended the first seminar I presented on a Saturday afternoon at the V&A. He said that he saw some kind of a future for me in comic books.