It’s been a good start to 2014 for William Kent. Not only did the New York Times publish a very favourable review of the exhibition at the Bard Graduate Center, the author also mentioned our ‘Signor’ and his architectural achievements in the same breath as everyone’s other favourite country house: Downton Abbey. On the face of it, the two really have little in common: one is set in grand English houses, focuses on the machinations of aristocratic power, and places heavy emphasis on aesthetic enjoyment; the other is… um, Downton Abbey. 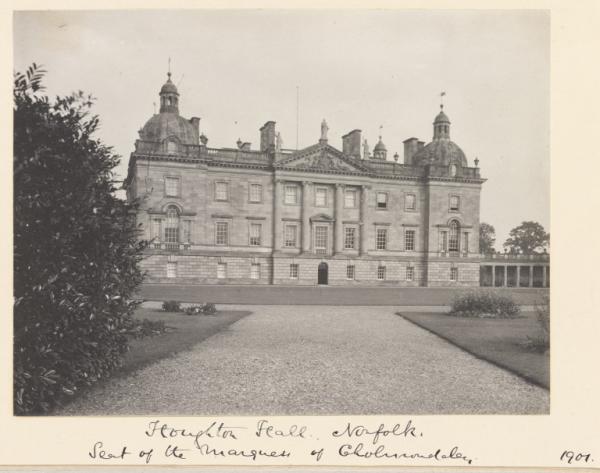 The comparison did however make me think about the extent to which curators also have to act as dramatists when creating the story of an exhibition. It’s not just a case of presenting ‘what happened’, but also about creating something new to convey the facts and our ideas and assumptions about them. To this extent all history involves creative thinking, but since Kent’s time we have developed firm boundaries separating what we consider historical ‘truth’ from historical imagination. Like all historians, curators have to balance making their knowledge understandable to modern audiences and remaining faithful to their historical subjects, treading the fine line between accessibility and anachronism.

For example, it’s important to establish a sense of the personalities of the key historical actors without creating  idealised hero-figures, ‘Great Men’ who drive all historical circumstances. Nonetheless, the exhibition posits that part of Kent’s success derived from his charismatic personality– coming from a relatively modest background he clearly had the ability to make friends and influence important people, and possessed huge reserves of creative ingenuity.  It’s essential that visitors understand something of the people behind the objects, and portraiture is one way that curators can introduce their dramatis personae: 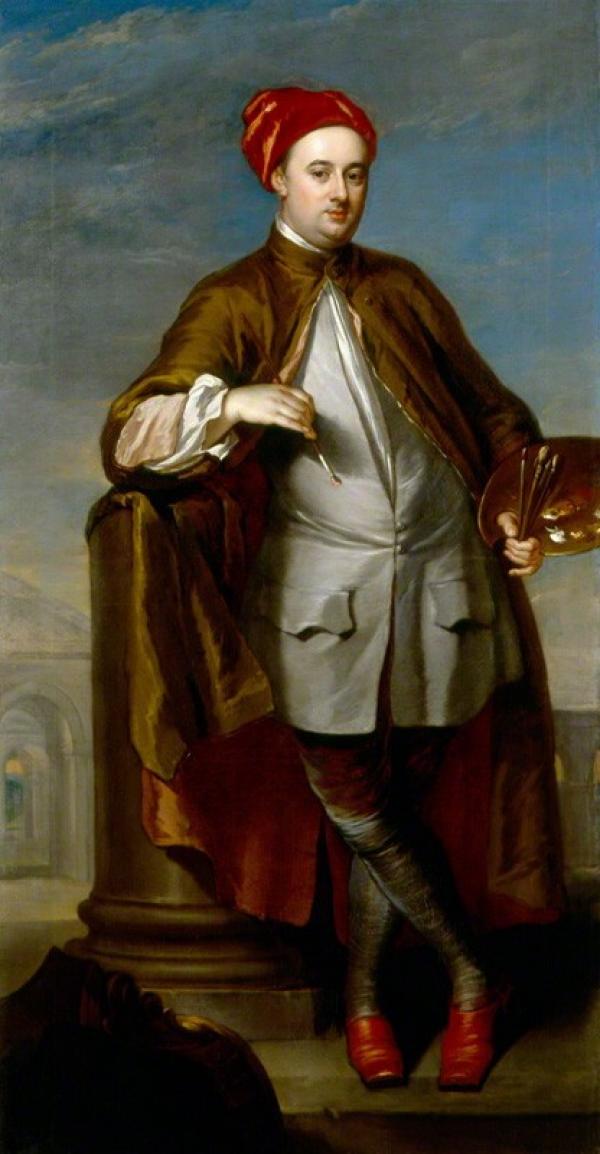 Paintings can also set the scene of the society in which they moved: 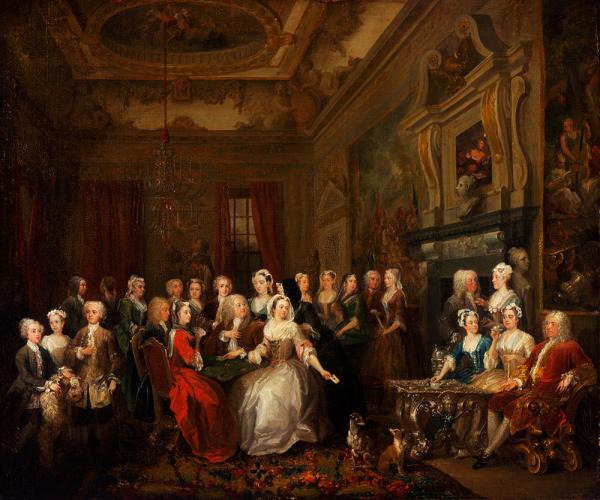 However, as Downton fans know, the central drama is never just about society or individuals; it is equally about the characters’ relationships with the Abbey itself. And presumably the popularity of both Country House exhibitions and TV programmes is also to do with our own feelings towards historic houses, their physical contents and their ideological significance. You don’t have to be Alan Bennett to know these feelings are varied, complicated, and important, and also that they are change over time depending on what society considers valuable and relevant.

The photographs illustrating this post were taken by Sir Benjamin Stone as part of the National Photographic Record Association in 1901. The NPRA was set up by Stone as a means of documenting buildings and ways of life in Britain that appeared to be in decline after the enormous economic and social changes of the Victorian era. This is Holkham Hall, over 150 years after Kent worked on it for Thomas Coke, Earl of Leicester. 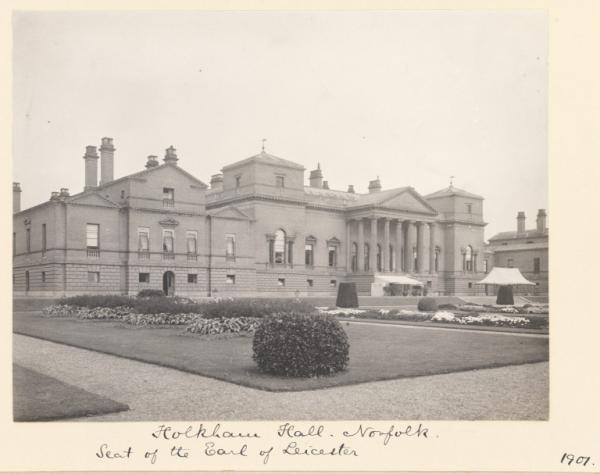 This photograph was taken in the pre-Downton years before the First World War changed the whole landscape in which such houses stood. Three-quarters of a century and another World War later, public attitudes were even more ambivalent towards historic houses, and in 1974 the V&A staged an exhibition called ‘The Destruction of the Country House’, drawing attention to the rapid decline and demolition of the country’s Downtons. Debate about historic preservation and the forms it should take continue to this day.

We’re really fortunate therefore to have been able to borrow so many spectacular objects from houses such as Houghton and Holkham, to name just two of the lenders to the exhibition.  And if you’re really keen for a TV introduction to William Kent then I’d suggest  not Downton but Death Comes to Pemberley, filmed at Chatsworth, home to one of the best collections of Kent’s work.