We have been at the annual Museum Computer Network (MCN) conference this week, which celebrates its 40th year in 2012. This is a great mix of different tech people working in the museum sector and has a very strong open collaborative learning community. This year it’s in Seattle.

This year’s theme, ‘The Museum Unbound: Shifting Perspectives, Evolving Spaces, Disruptive Technologies’, focuses on exploring how the quickening pace of technological innovation is expanding the very definition of what it means to be a museum.

As well as talking to, and learning from the many incredible people pushing museum services forward with technology, we are also involved in sessions. 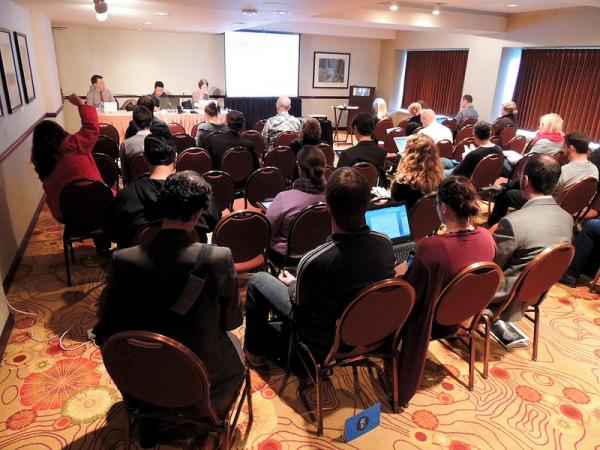 V&A Lead Developer Rich Barrett-Small organised and facilitated Hackin’ Shack. This was a morning of hack-along demonstrations with several bite-size introductions to cool software tools and technologies which conference delegates may have been meaning to try but never had the time or opportunity to do so.

Each session featured active practitioners and experts in a particular software or hardware.

NMHU Slack Day presenters were funded in part by the LANS partnership. 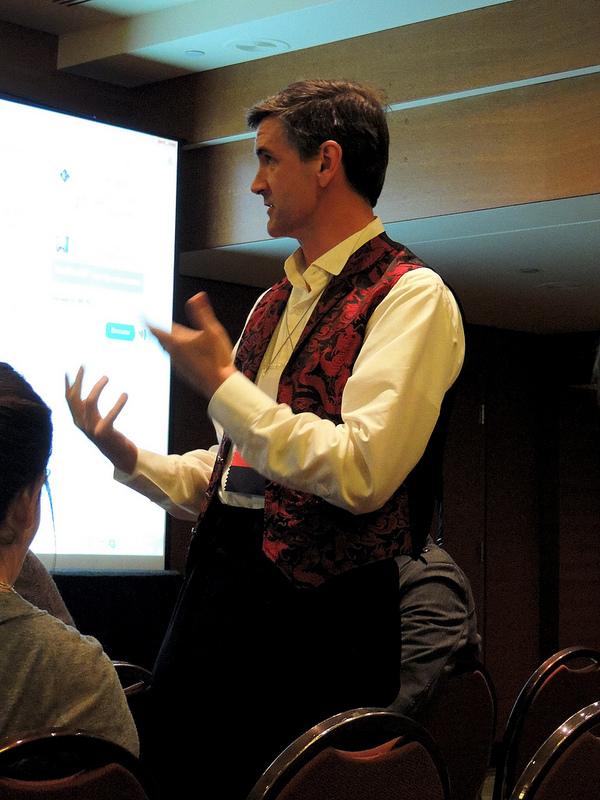 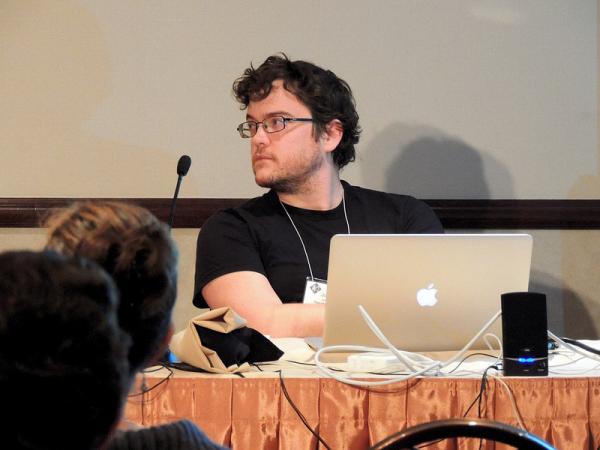 Jonathan Lee led an informal conversation about HTML5 vs Objective-C applications for mobile development. He showed some examples that illustrate the development process, distribution process, and support cycle in each. He described how HTML5 is open, quick and easy to implement, but that some notable features are not yet supported by all browsers (offline audio for example). Jonathan demonstrated some javascript HTML5 animation and a visual timeline usuing the <canvas> tag.

Native apps on the other hand can be developed using rich out of the box features, that HTML5 cannot. It has a distribution model and for non-free apps has a monetisation method. The downside is that they can be hard to get through the approval process, and that can take time. 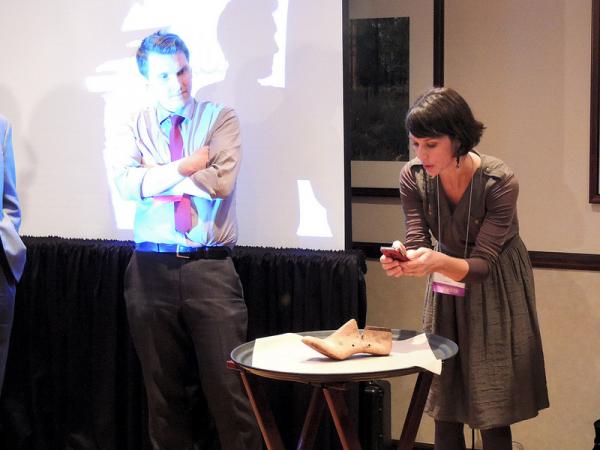 They described how using the iPhone app can create reasonable quality models with a relatively low number of shots on the iPhone, and that even with a Digital SLR, the image size doesn’t need to be huge as it is compressed to lower resolution for processing. By using a lo-res (medium JPEG), you can upload faster. 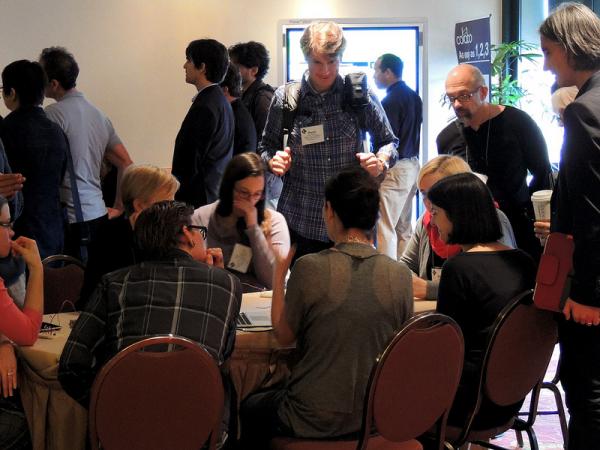 Miriam Langer leading a hardware hacking session. Participants with no prior experience made working simple Arduino circuits. Arduino is an open source hardware platform.  It is a control-circuit board that has digital and analogue inputs and can be used to take input from almost any type of component (switches, pressure sensors,  proximity sensors, heat sensors, etc) and use that to control hardware via its outputs.

Code is used to manipulate signal and control data code in the simple Arduino code environment, based on Processing.  Code is freely available and openly shared in a strong community.

To demonstrate how quickly things can be developed using Arduino, during the session, Chris Weisbart and Michael Wilson built a working tube-sending communication machine using domestic vacuum clearners and hoses, controlled by the Arduino and a simple relay circuit. (below) 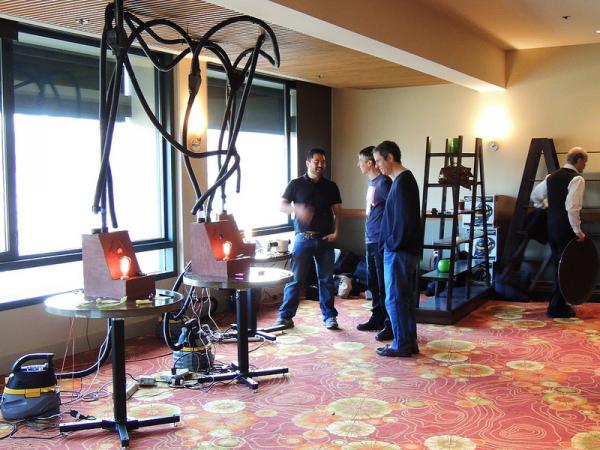 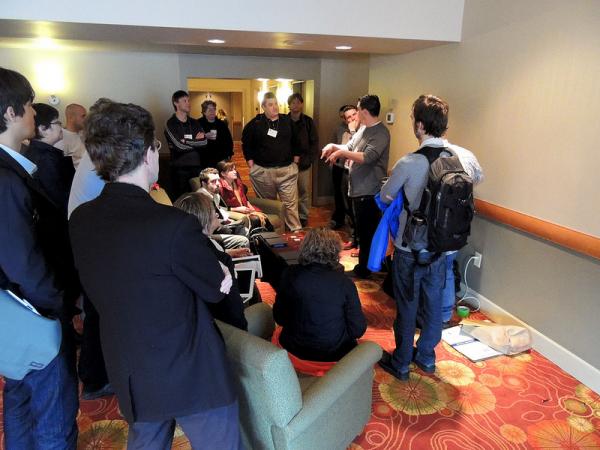 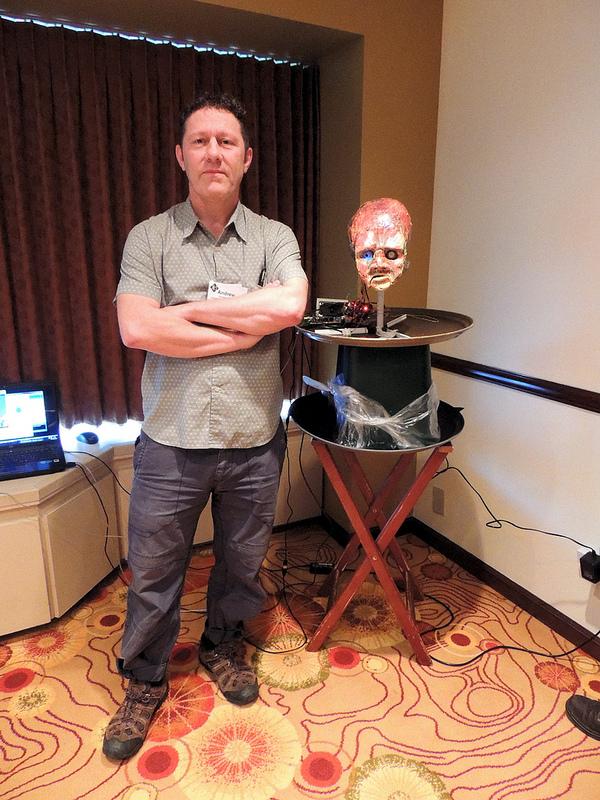 V&A Digital Content Delivery Manager Andrew Lewis demonstrated @twitr_janus, a web-controlled physical avatar.
@twitr_janus demonstrates the use of openly available web data-publishing features that can be manipulated to control physical objects. It can speak Twitter tweets or data from a Google spreadsheet using the Processing language to strip text from APIs and RSS feeds, then applying text-to-speech.
It’s physical movement can also be controlled using web data. Numbers from a Google spreadsheet are used with the Arduino platform as signal data to move its eyes and lip-sync its jaw using servos.

This project shows a working example of how existing consumer services on the web (e.g. Google, Twitter, Skype) can be combined with open source hardware (Arduino) to rapid-prototype hybrid interactive objects. It takes the model of a data-driven website and applies it to create data-driven physical objects.

Overview of @twitr_janus in more detail

This session had great involvement, so thanks to the many people who participated and learned, and helped others learn. Full details of the programme and more links to software are available on the MCN website www.mcn.edu/slack-day

If you attended, please leave comment here about any session, further sources of useful information on the subjects covered or any credits amendments as we didn’t get shots at every session.

Its a really great opportunity to attend such a big level function. Congratulations to all participants and thanks to share experience with us.

it is the nice opportunity to attend big level function.
Congrats to all participants and thanks for this information&experience which share with us.

photography and content are goods & it is very simple to understand. Thanks for sharing your experience.

really good and thanks for sharing