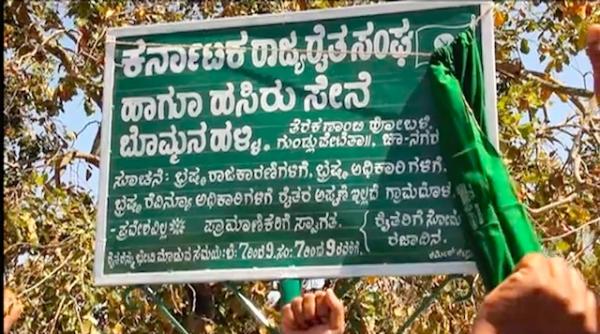 Since 1982 the KRRS (Karnataka State Farmers’ Association) has produced signs in villages across Karnataka in India. The video featured in this post was created by Laura Valencia and Manu Thejaswi J with KRRS for ‘Disobedient Objects’, and one such sign will be featured in our forthcoming V&A exhibition.

The farmers of KRRS discuss the history of their movement, and how the tactical use of a simple sign changed negotiation procedures and helped establish respect, autonomy and counterpower for village farming communities. 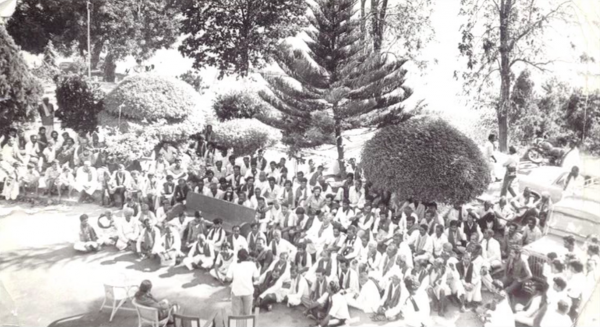 KRRS have used direct action and direct democracy to address issues affecting farming in India, rejecting caste and patriarchy and organising a ‘village republic’ from the grassroots up. They were among the first organisations to address genetically modified crops (GM crops) and target the World Trade Organization (WTO) with mass protests.

A renewed focus for sustainability at the V&A

The magic of the tree