In the second part of three blogs looking at past intervention to ornament engravings this entry considers enlivening prints through the application of colour.

Prints are commonly a monotone medium. From the early days of printing there has been an interest in producing coloured images. One way this is achieved is through colouring a black and white engraving or etching. Some ornament prints were hand coloured during production. 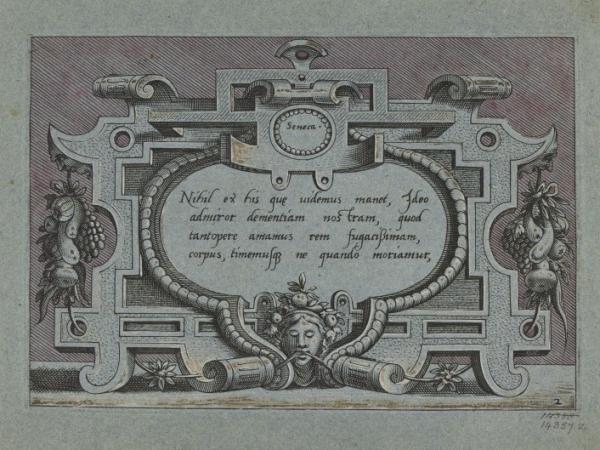 The use of blue paper and application of mauve and white suggests that the printmaker intended this as a luxury object for the collector’s market.  This is further supported by the inclusion of quotes from classical authors in Latin within each of the cartouches from this suite. 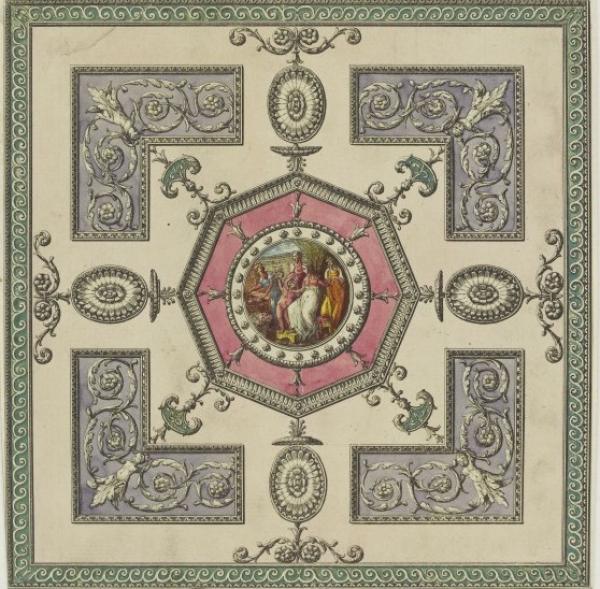 The Countess of Bute’s dressing Room

Engraving coloured in by hand

In the case of this print careful hand-colouring reproduces the delicate shades of Robert Adam’s decorative scheme of the ceiling of the Countess of Bute’s dressing room in Luton Hoo, Bedfordshire.

Some prints in the collection appear to have been coloured in by an amateur hand, implying that these were done by collectors themselves. 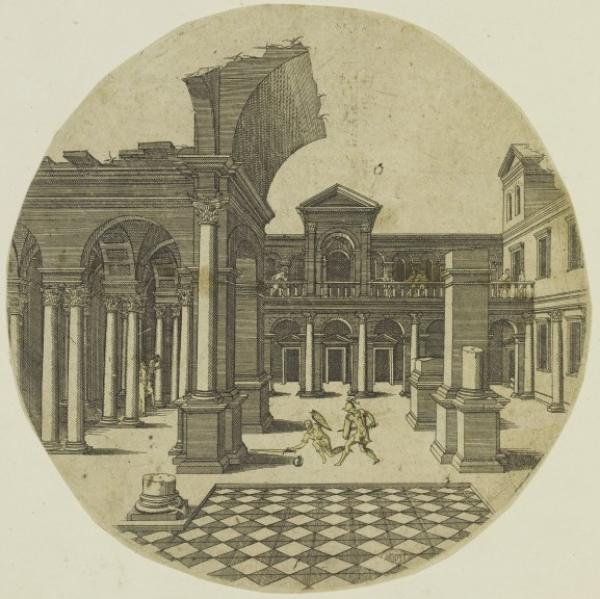 Circular design for a tazza or cup

Etching coloured in by hand

One such example is this print by the sixteenth-century printmaker Jacques Androuet Du Cerceau from a suite of 10 designs for a tazza or cup entitled ‘Fonds de Coupes’. Here two warriors and two bystanders on the left of the composition have been tinted in yellow. This effectively highlights both groups, making them stand out against the complicated architectural backdrop. 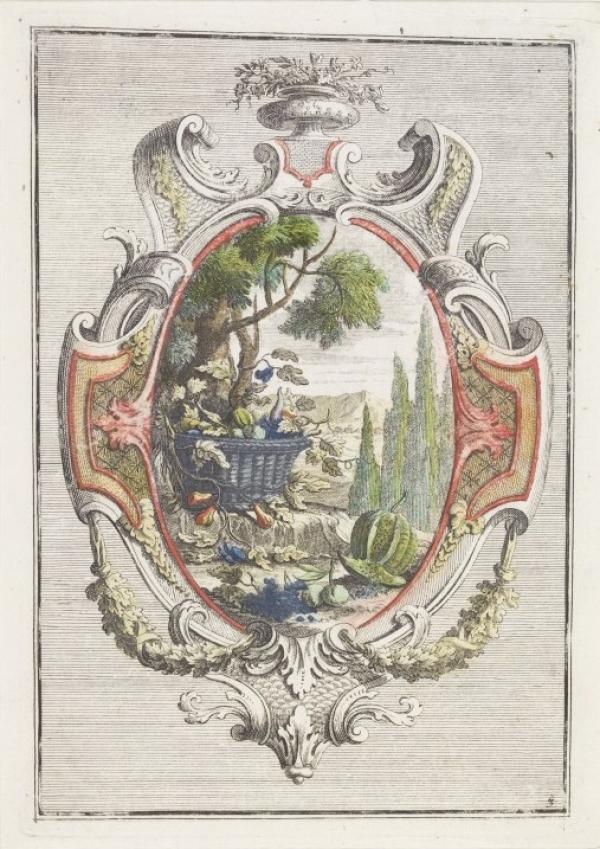 Design for a shield

Engraving and etching coloured in by hand

This plate is one of six from a suite of designs for shields entitled ‘Neu vermehrte curieuse inventirte Schild andere Theil’. A palette of six colours has been applied to the plate. Equal attention is given to embellishing the ornamental shield and the landscape and still life that it surrounds. This suggests that these changes were most likely made by a collector aiming to enhance the overall visual quality of the print through the application of colour.

The final blog in this series of three will look at some rather curious inscriptions on prints that have been discovered during the Engraved Ornament Project.