Some prints in the collection of the Victoria & Albert Museum have been embellished by their early owners through the addition of inscriptions in pen and ink. This last part of ‘Cutting, colouring and inscribing’ looks at different examples of writing on some of these prints. These give an insight into the past lives of both these prints and their owners. 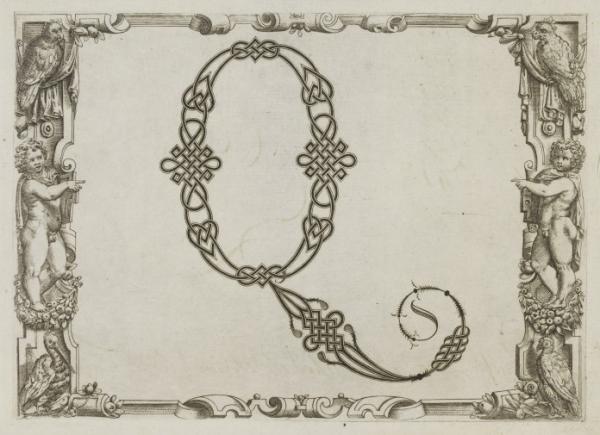 One curious example is  two prints by Andrea Marelli from a suite of 23 plates illustrating the second part of Il Perfetto Scrittore by Giovanni Francesco Cresci, published in 1570. 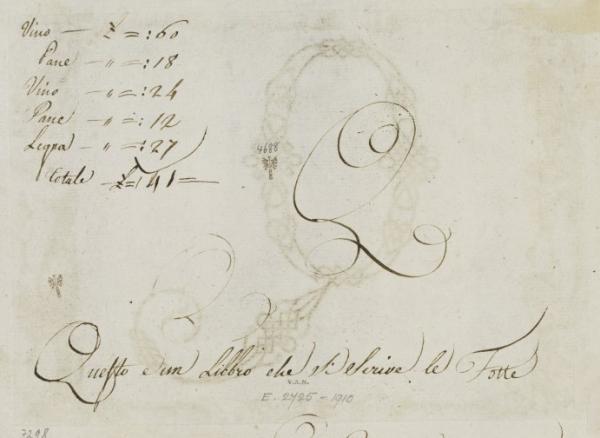 When turned over the print of the letter Q from this series reveals a variety of inscriptions. In the upper left of the page is a list written in Italian of expenses for wine (vino), bread (pane), and firewood (legno).  inspired by the recto of this sheet, the author of has written a letter ‘Q’ to the right of the list. Like that of the print, this ‘Q’ ends in a flourish of curving lines. Below, again in Italian, the author states that this is a book to write expenses (‘Questto e un libbro che di scrive le Totte’). 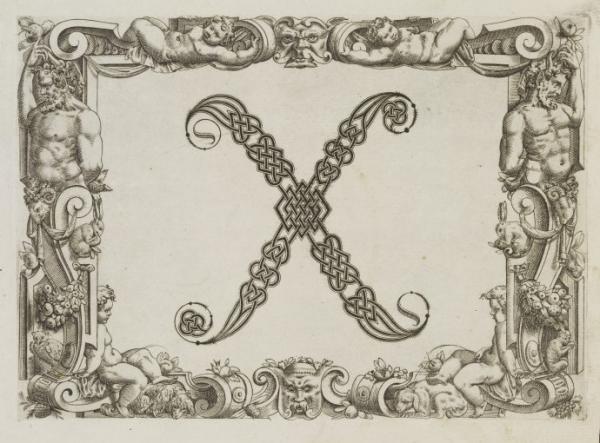 The print for the letter ‘X’ from the same series also has an inscription on the verso. However it is not used to document expenses, the intended use of these prints stated on the verso of letter ‘Q’. 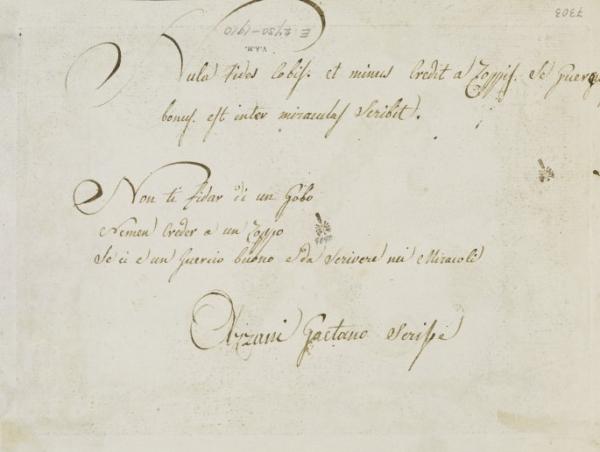 Instead the author has written a proverb. It is written first in Latin and then in Italian and translates as follows:

‘Do not trust a hunch-back

Neither believe a lame man

Below is the signature ‘Azzani Gaetano scrisse’ (Gaetano Azzani wrote this). This gives us a tantalising clue to the identity of the previous owner. His name and use first choice of language suggests that he was Italian. At the same time a confident use of Latin reflects his level of education. The proverb suggests an interest in folklore.

Both the inscriptions on the versos of these two prints imply that the owner did not want to change the appearance of Marelli’s engravings. 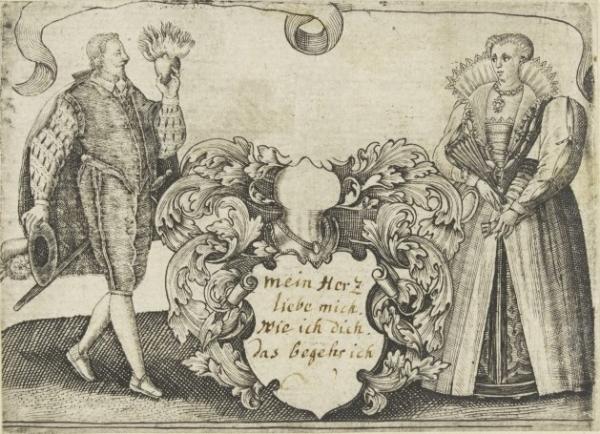 Some prints in the collection of the Victoria & Albert Museum have had inscriptions added to the engravings. One such example is this engraving by Theodor de Bry from a suite of 94 emblems and cartouches entitled Emblemata Nobilitati. The print shows a young couple, fashionably dressed and standing either side of the cartouche. An inscription in an old hand added to the blank cartouche in the centre of the composition reads:

This is what I desire’

This verse echoes the action of the young man who, stepping forward, offers his heart, held in his left hand, to his lover. Perhaps these lines were added to the print before it was given as a love token.

Each of these prints provide examples of the variety of inscriptions, from listing the expenses of commodities to poetry. Interestingly the owner of the Marelli alphabet wrote on the verso of the sheets and preserved the appearance of these engravings. In contrast the recto of the de Bry engraving has been embellished. This suggests that the owner intended to make this print into a love token through the inscription of a poem.