Most often when we read about the history of it records the achievements of male artists. However from early on there have also been women artists. In Book XXXV of his Natural History Pliny the Elder (AD 25-AD 79) describes a number of women artists including Timarete of Athens (5th century BC) and Iaia or Lala of Cyzicus (active circa 116-1127 BC). A number of women have also played significant roles the production of ornament prints. 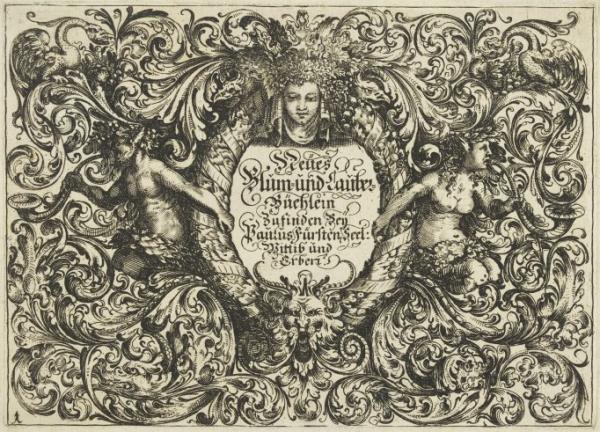 Some women continued their husband’s publishing business after being widowed. This title plate to a suite of 8 designs for panels of foliage and flowers entitled ‘Neüs  Blum- und Laube- Büchlein Zufinden’ states that it was published by the widow and heirs of Paul Fürst in Nuremberg (‘Zufinden Beij  Paulus Fürsten Seel: Wittib und Erbern’). It is likely that this edition dates to shortly after 1666, the year of Paulus Fürst’s death.  Similarly in Paris the widow the print publisher François Langlois, Madeleine de Collemont (active 1647-1664) continued his business following his death in 1647. At her death in 1664 her stock of printing plates passed into the hands of the publisher Pierre Mariette II (1634-1714), whom she had married in 1654. 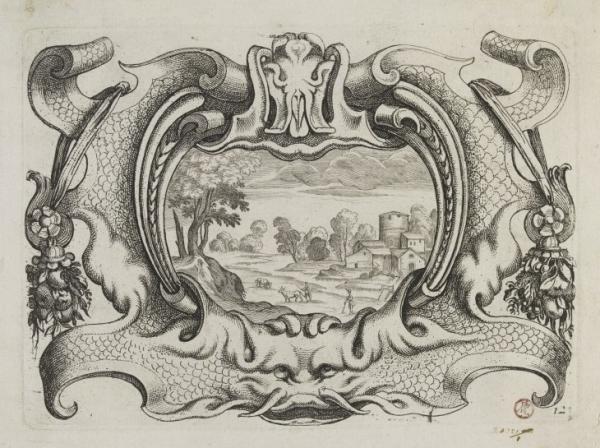 The plates for a suite of 12 designs for cartouches in the French auricular style by Daniel Rabel are listed in the inventory of François Langlois written on the event of Madeleine de Collemont’s marriage to Pierre Mariette II. 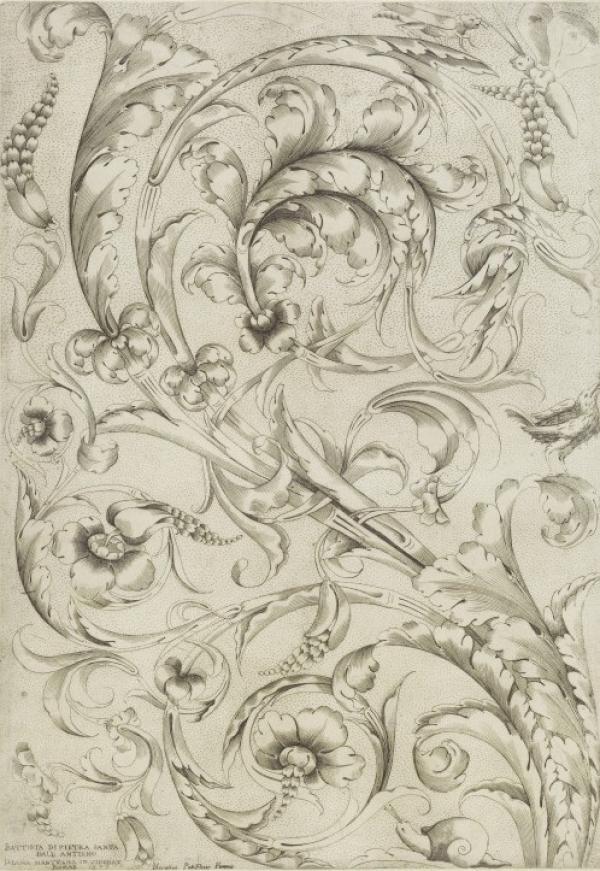 Scrolls of foliage with a snail, bird and two insects against a dotted background

This exquisite design for a foliated scroll populated with insects is by the first woman engraver to sign her work, Diana Scultori (1547-1612). She was trained as an engraver by her father Giovanni Battista Scultori. Although it was common for daughters in artisan families to train in a craft, it was unusual that she used these skills to pursue a career. This print states that it is based on a drawing by Giovanni di Pietrasanta after the antique (‘BATTISTA DI PIETRA SANTA DALL ANTICHO’). Giovanni di Pietrasanta had collaborated in the early 1560s with her architect husband Francesco da Volterra (1535-1594). As a woman Diana Scultori was barred from the Drawing Academy of Rome and it is believed that she received little or no training in drawing. She therefore relied on colleagues and family to supply drawings that she could copy for her engravings. 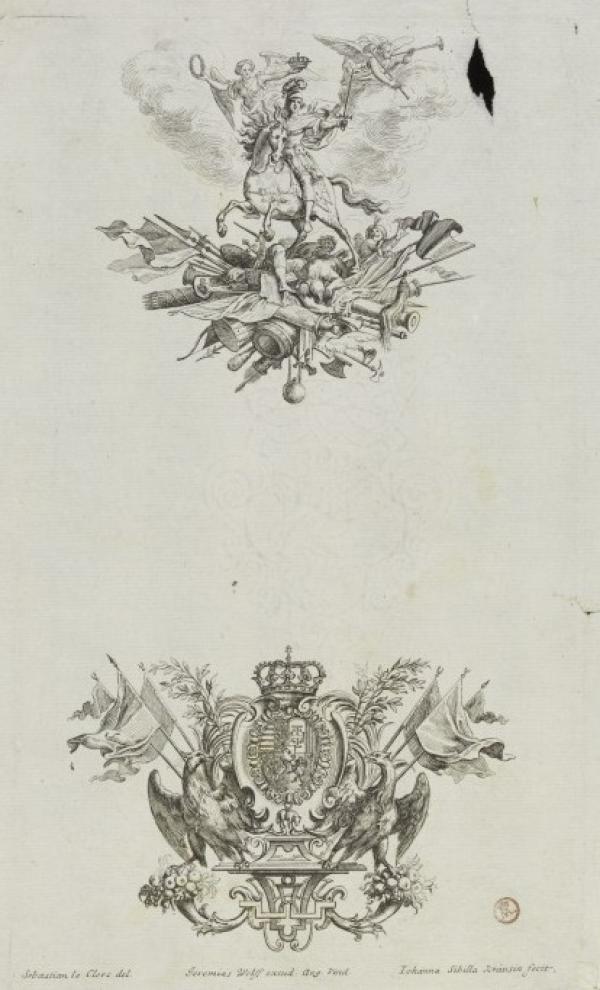 By the seventeenth century more women were making careers in printmaking. Like Diana Scultori, women printmakers and publishers often came from a family of engravers. This is the case with the Küsel family working in Augsuburg. Johanna Sibylla Küsel (c.1650-1717), like her father Melchior (1626-1683), worked as an engraver. After her marriage to the engraver Johann Ulrich Krauss she signed herself Johanna Sibilla Kraussin, as in this print from Les Actions glorieuses de S. A. S. Charles duc de Lorraine. Her younger sisters Maria Philippina Küsel (born 1676) and Maria Magdalene Küsel (active 1688-1692) also worked engravers. 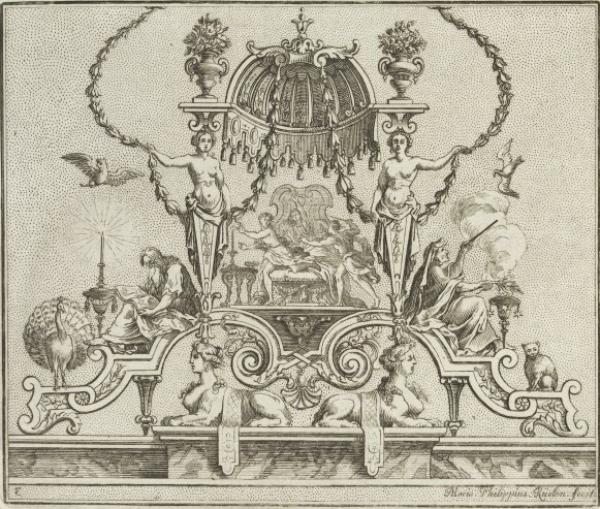 Women have often been overlooked in art history. However title plates and signatures on prints provide documentation of their varied roles in print production; from continuing their husband’s publishing business to working as engravers.