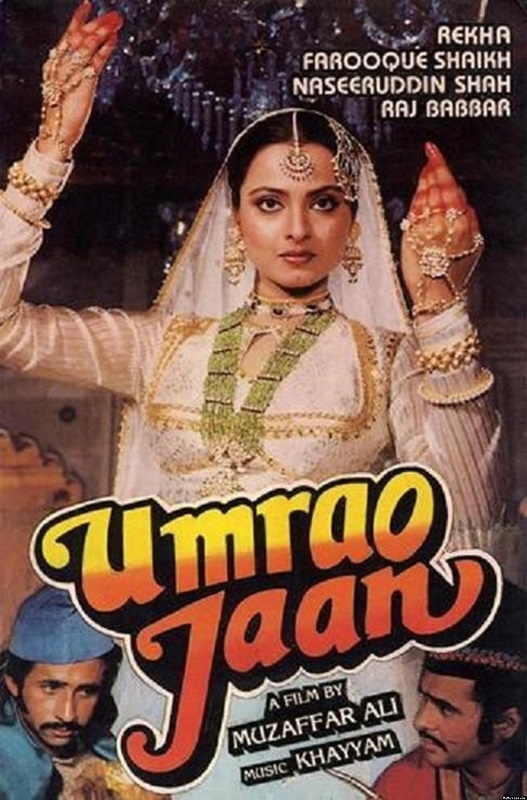 Today we welcome Charlotte Wood, Marketing Manager at the V&A, who’s responsible for making sure you hear about all the amazing things the museum’s doing both inside and outside the galleries. Lately, she’s been working with Regent Street Cinema on some exciting Fabric-of India-related evenings we’re sure you’re going to want to put in your calendars.  Get your popcorn ready, we’re going to the movies!

To coincide with the V&A India Festival, Regent Street Cinema is hosting its very own ‘India Season’ in association with Tongues on Fire. This month long celebration of Indian film will be dedicated to showcasing the phenomenal and far reaching gems produced by the Indian film industry. Screening diverse productions from classic blockbusters to meaningful and thought provoking films, the Regent Street Cinema will be showcasing unique talents within Indian arts to celebrate South Asian culture.

The ‘India Film Season’ kicks off tonight at 18.30 with a screening of ‘Throw Of Dice’ followed by a Q&A with The Fabric of India exhibition co-curator Rosemary Crill and traditional Indian fashion designer Jyoti Chandhok, then a final screening of ‘Umrao Jaan’ at 20.05. Both films transport you back to the courtly culture of India’s past with magnificent costumes and settings which bring Indian textiles to life. Find out more and book tickets here for tonight’s screenings.

We at the V&A are delighted to be able to team up with Regent Street Cinema’s season of Indian films. The films have been all been chosen for their strong textile themes, which link beautifully with our exhibition.

Tongues on Fire Festival Director Dr. Pushpinder Chowdhry is equally excited about these films as the perfect complement to the exhibition “providing context and truly helping us experience the art, the fabrics, the costumes and the jewels”.

Other highlights include a screening of ‘Tana Bana’ on Monday 16 November following a Q&A session with Pat Murphy and Annie Dibble, Director and Associate Producer/ Textile Researcher for the film.

Tana Bana is a weaving term meaning ‘the warp and the weft.’ In Varanasi, the legendary Hindu city, it also means the warp and weft of time and space as well as the daily synergy of Hindu and Muslim. But now Varanasi is under threat. If a single weaver can operate four power looms at the same time and the weavers are unable to teach their skills to their children, how can the city survive? This unique, intimate documentary takes us on a journey through a day in the life of Varanasi, challenging preconceptions along the way. From Hindu prayers on the Ganges at dawn, the film moves into a Muslim world where the hidden lives of women and children are gradually revealed as the weavers attempt to address the huge forces dominating their lives.

This is Regent Street Cinema’s first season dedicated to Indian film and culture. Cinema Director Shira McLeod said they “are thrilled to involve speakers from the V&A and Tongues on Fire. The Regent Street Cinema Indian Season will bring together elements of art culture, fashion, history and more in a unique and engaging way.”

Regent Street Cinema and Tongues on Fire have selected the very best films from the Indian film catalogue to complement our wider India Festival celebrations. Click here for the full programme and don’t miss this intricately embellished dress featured in the 2002 Bollywood blockbuster Devdas in the exhibition. The costume designed by Abu Jani Sandeep Khosla was worn by the actress Madhuri Dixit in publicity stills for the feature, which at the time of its release was the most expensive Bollywood film ever produced!

i love the indias MOvies and boloyood
thanks for sharing