After half a decade in the making, this week the Department of Furniture, Textiles & Fashion welcomed its first public appointments at the Clothworkers’ Centre. A mixture of students, scholars and workers from the heritage industry have viewed, amongst them, Ethiopian Imperial robes, 1930s underwear, 19th century embroidered samplers and the Tailor of Gloucester waistcoat. Toward the weekend, we have more samplers and some pattern books, so taken altogether, this has been a positive and eclectic opening week. Even better for us is that feedback from our visitors has been very positive so far, and we have an inbox full of e-mails from enthusiasts eager to come and study our collection over the next few months. 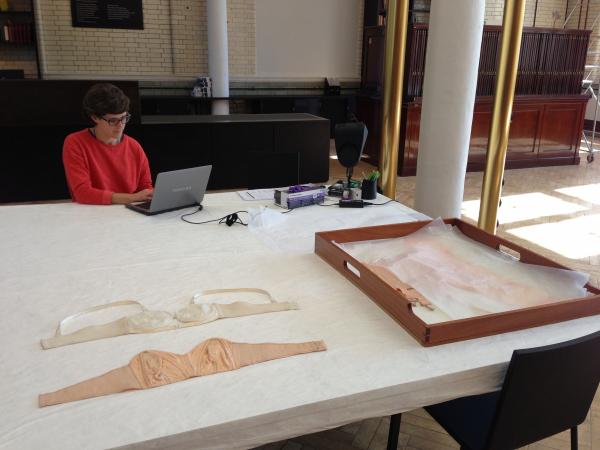 Myself and my fellow FTF Assistant Curators, Lizzie Bisley and Kristian Volsing, as well as Curator (with a capital C) Cassie Davies-Strodder, have already noticed a tectonic alteration to our working patterns. We’ve spent a great deal of time over the last few days away from our desks accessing the new storage to take out requested objects. As it is so time-consuming to take out objects for appointments, they need to be brought out several days in advance and stored in cupboards in the study room itself. The doors of these cupboards were formerly the portals of textile storage units at South Kensington, and whose life started at the Natural History Museum probably more than a century ago, have been refurbished and secured. Happily, the risk of cranial injury from opening them has been very much reduced. 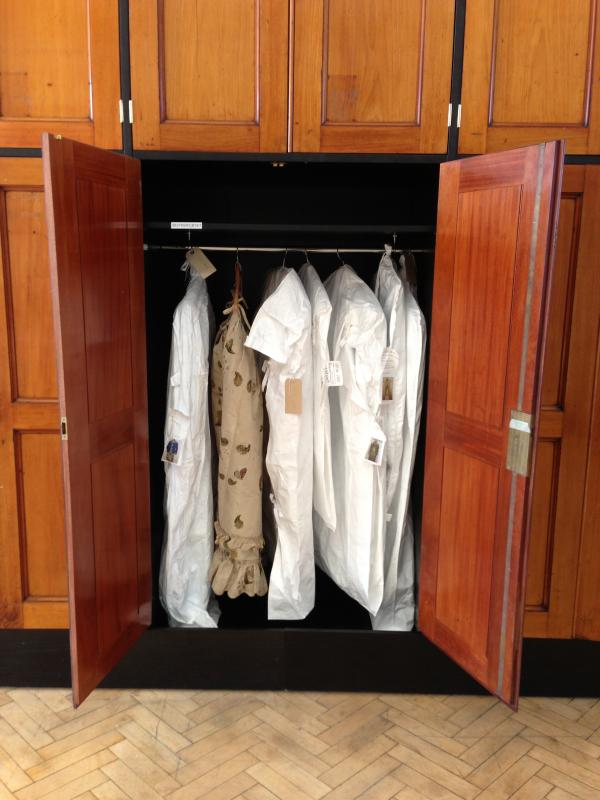 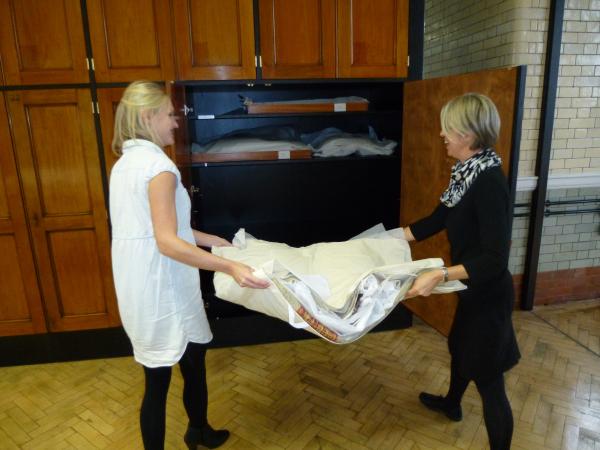 Visitors are able, nay encouraged, to make use of our dedicated library, which contains diverse volumes to cover the breadth of textile and fashion history. The view of the library shelves in the photograph below is slightly misleading, however, since Suzanne Smith, also formerly of the Natural History Museum, and who is now manager of the Clothworkers’ Centre, does not appear at the invigilation desk. This will obviously not be the case for appointments, as without her the Centre would still be devoid of objects and, I daresay, a far less enjoyable place to work. 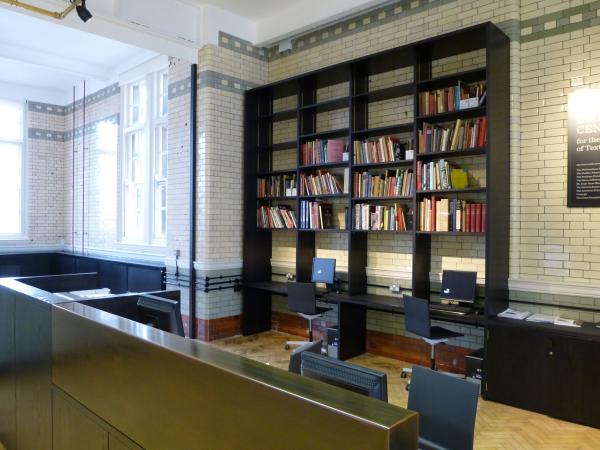 It should be reiterated now that the Clothworkers’ Centre is finally open, that this is a historic moment for the V&A, and for the collection to which it has been entrusted. No museum in the world can offer such free access to its collections as we are now able to do so, and to crown it all, the preservation of that collection has been more-or-less guaranteed for generations to come. It’s been a long, long road of wrapping, packing, strapping and sighing, but at last, happily, wonderfully and matchlessly, we are finally there.

I’ve actually come to your site looking for Susan North as she has published articles on John Redfern’s. I am particularly interested in designs from the Paris outlet. Researching family history, looking for Charles Pennington Poynter, born Weymouth, Dorset, 1853, I could find nothing after the 1881 Census. This evening, I happened to see a set of gouache designs attributed to ‘Charles Pennington Poynter’ listed for auction in Paris from the Redfern haute couture collection in 1910. Other articles suggest he had adopted the name John Redfern or at least Charles Poynter Redfern after the name of the firm’s founder in Cowes, Isle of Wight, leading some researchers to believe he was a son of John Redfern. He (Charles) appears to have been responsible for establishing and running the firm’s Paris outlet from the mid 1880s – he died in Paris in 1929. There is a photograph on a number of sites of ‘John Redfern’ virtually ‘conducting’ women draping cloth around a model but this is likely to be Charles? The John Redfern items in your collection appear to be from the London outlet only? Sorry this sounds so confusing ! I hope you are also able to forward this to Susan North in case it is of interest to her, maybe shedding a little light on who was ‘John Redfern’, 1853-1929 ?

Hello Lucy, sounds like quite a mystery, I hope we’ll be able to help you. Please could you put all this into an email to textilesandfashion@vam.ac.uk, marked for Susan’s attention.