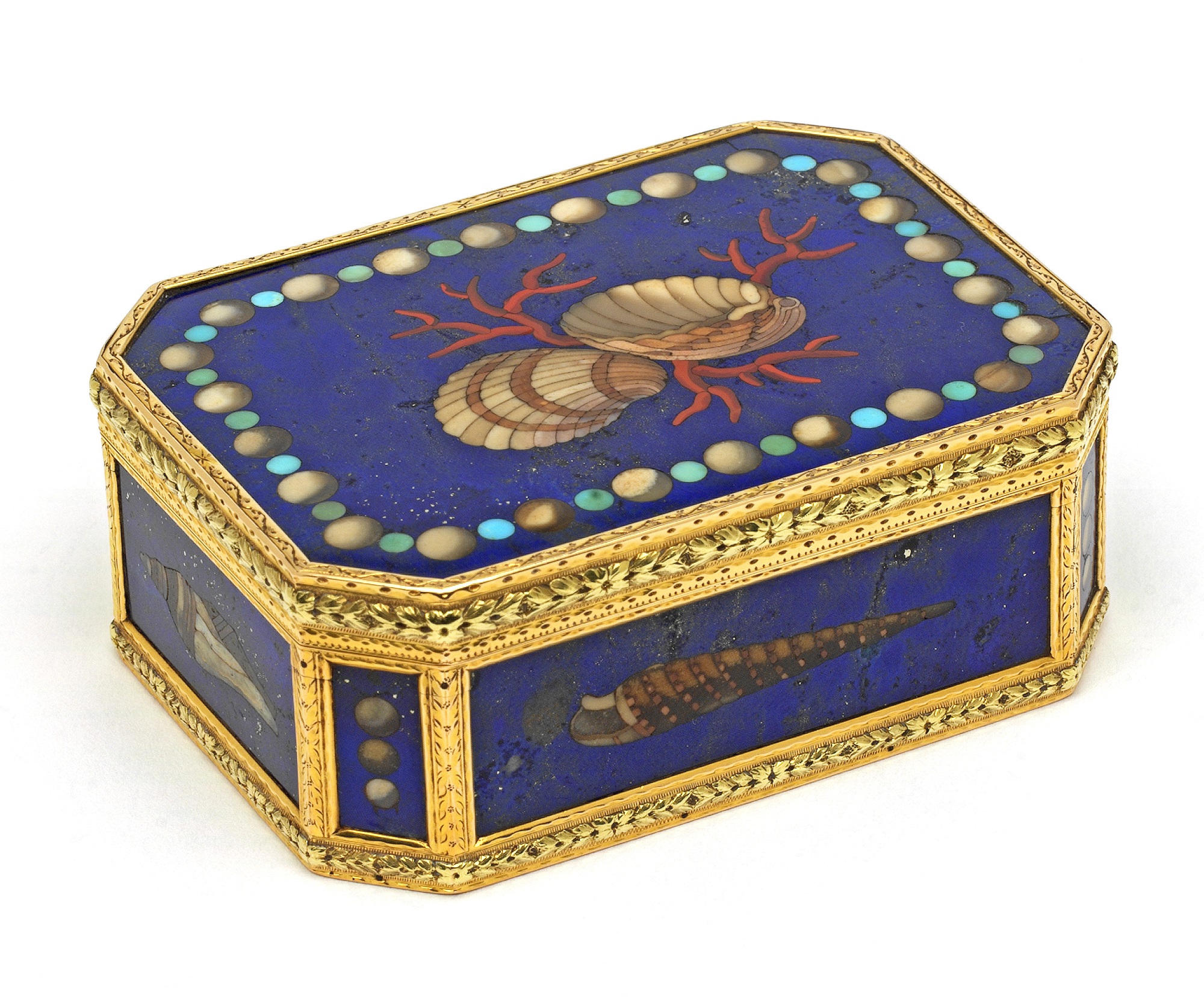 The collection he and his first wife Rosalinde created is now at the V&A and comprises around 220 glorious boxes and related masterpieces. From late 2016 you will once more be able to enjoy these glorious and most typical of eighteenth-century accessories in the Rosalinde and Arthur Gilbert Galleries at the V&A. We are looking forward to welcoming you back to see well-known masterpieces that have returned to the galleries alongside works that will be on display for the first time in this setting.

In the meantime, let’s celebrate Sir Arthur’s 103rd birthday in 21st-century manner, with a brand new V&A pinterest board celebrating eighteenth and nineteenth-century gold boxes and their counterparts from antiquity to the present day.

Louis Sebastien Le Mercier wrote in 1782 with regard to snuffboxes: “There are those who carry this refinement to the extent of changing boxes every day, it is by this distinctive touch that one may recognize the man of taste. He who has three hundred boxes and as many rings may properly dispense with a library, a natural history collection and paintings.” Today we are launching the board with 103 pins of boxes, one for each year since Sir Arthur’s birth. Over the next months boxes for every season and in every colour of the rainbow will be added at a daily rate, from blissful blue to riotous red and – of course – golden yellow. Thanks to the Gilbert Collection, the V&A’s own fabulous group of gold boxes and other famous collections around the globe, we will be spoilt for choice when following in Le Mercier’s footsteps as men and women ‘of taste’.

All images | The Rosalinde and Arthur Gilbert Collection on loan to the Victoria and Albert Museum, London.