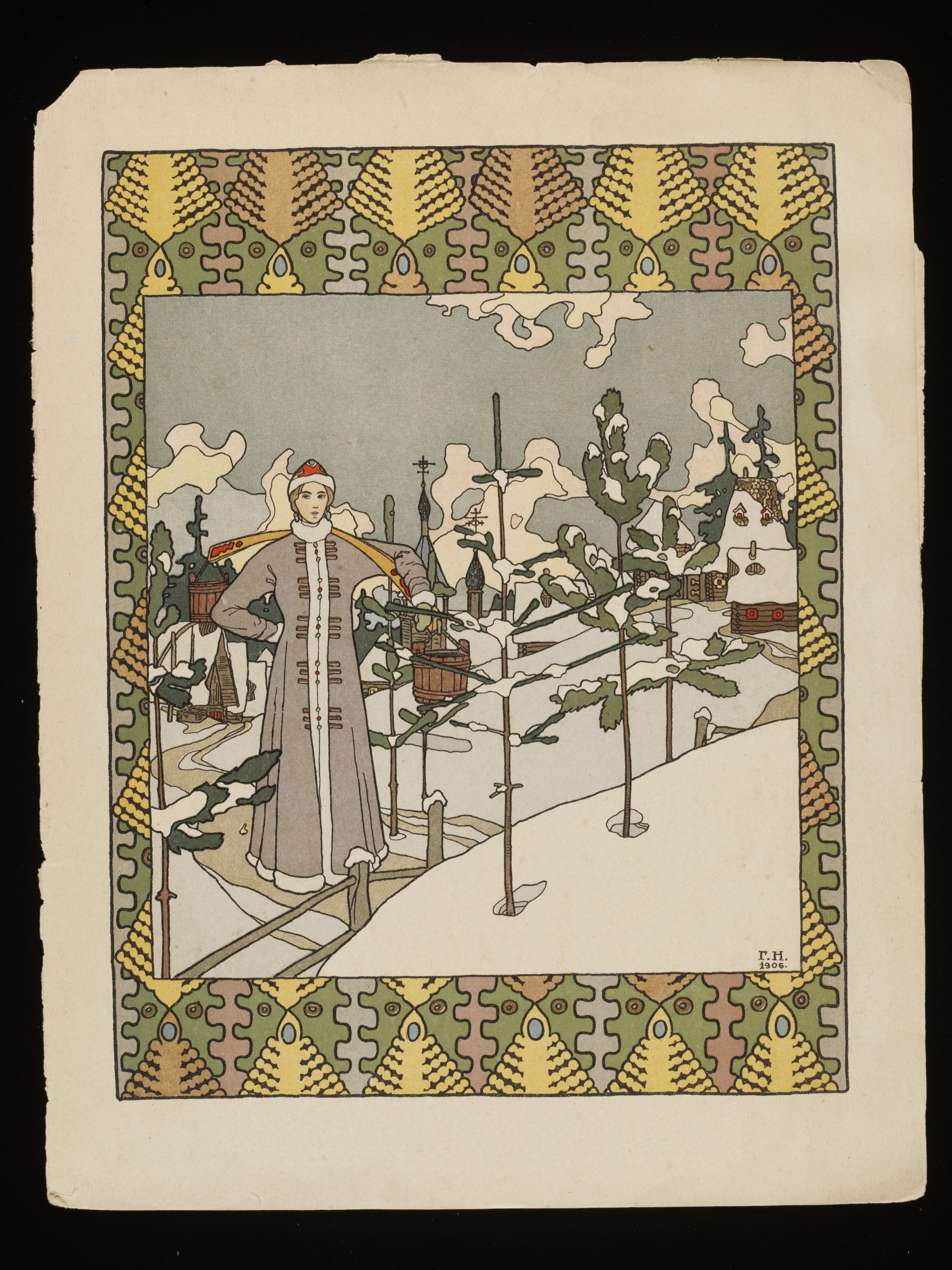 Anyone with small children will know that snow maidens have had a resurgence in popularity in the last few years thanks to a certain ubiquitous Disney film, but this is only the latest in a long history of snowy maidens in folk and fairy stories.

In this blog I’m going to look at the Russian folk character Snegurochka (“Little Daughter of the Snow”) and how her story changes in different retellings until she becomes an essential festive figure.

The story of Snegurochka was first written down in the 19th century, famously by Alexander Afanasev, who was one of the first to record Russian folk stories. Afanasev, a librarian and an archivist in Moscow, published a collection of around 600 folk tales in the 1860s.

Afanasev’s collection was similar to the work done in Germany by the ­Brothers Grimm and by other 19th century European folklore collectors (see my previous blog on French folk tales). In Russia this interest reflected a rediscovery of Russianness among educated people who previously only spoke French or other European languages. True Russianness was thought to exist among the peasants, with their simple faith and folk customs and stories. This was a part of the movement towards a greater appreciation of Russian peasants that led to their release from serfdom in 1861.

Early stories of Snegurochka tell of a childless couple who build a girl out of snow who then comes magically alive. This image is from an illustrated collection of Russian folk stories from ca. 1900. The publication of such a volume shows that folk stories were more popular and available.

The couple are delighted with their longed-for daughter, but their happiness does not last. Encouraged in a children’s game, Snegorochka jumps over a fire and evaporates into snow.

In 1873 the playwright Alexander Ostrovsky wrote a version of Snegurochka with a more romantic plot. She is the daughter of Father Frost and Spring. She is adopted by humans and falls in love with a mortal man.

Unfortunately she meets a sticky end here too, as she melts in the warmth of the spring sun, and as her heart warms with love.

The play was unpopular with critics, but not with fellow artists and musicians: it was made into an opera by Rimsky-Korsakov in 1881. Rimsky-Korsakov had a deep interest in folk stories. He published a collection of them in the 1870s, and created other works based on them such as the operas Sadko and the Golden Cockerel. Many of his works entered the repertoire of Diaghilev’s Ballet Russe company.

Snegurochka was reworked for the ballet ‘Le Soleil de Nuit’, which premiered in 1915. The ballet represented a primitive pagan festival to inaugurate the coming of spring and the end of winter (and thus also the snow maiden).

Early Ballet Russe works found inspiration in Russian folk culture for plots, but also influenced how they were presented on stage. Designers such as Goncharova, Larionov and Roerich (also an archaeologist) used Slavic folk motifs in primitive colours in set and costume design.

After the revolution Diaghilev shied away from folk tales, thinking the interest in folk culture had contributed to the atmosphere that led to the Russian revolution. During this time an idolisation of the worker class was accompanied by persecution of the aristocracy and intelligentsia.

At least in this incarnation as present-giving festive assistant she might escape a melty end. Best wishes for Christmas and the New Year from Snegurochka and the V&A!