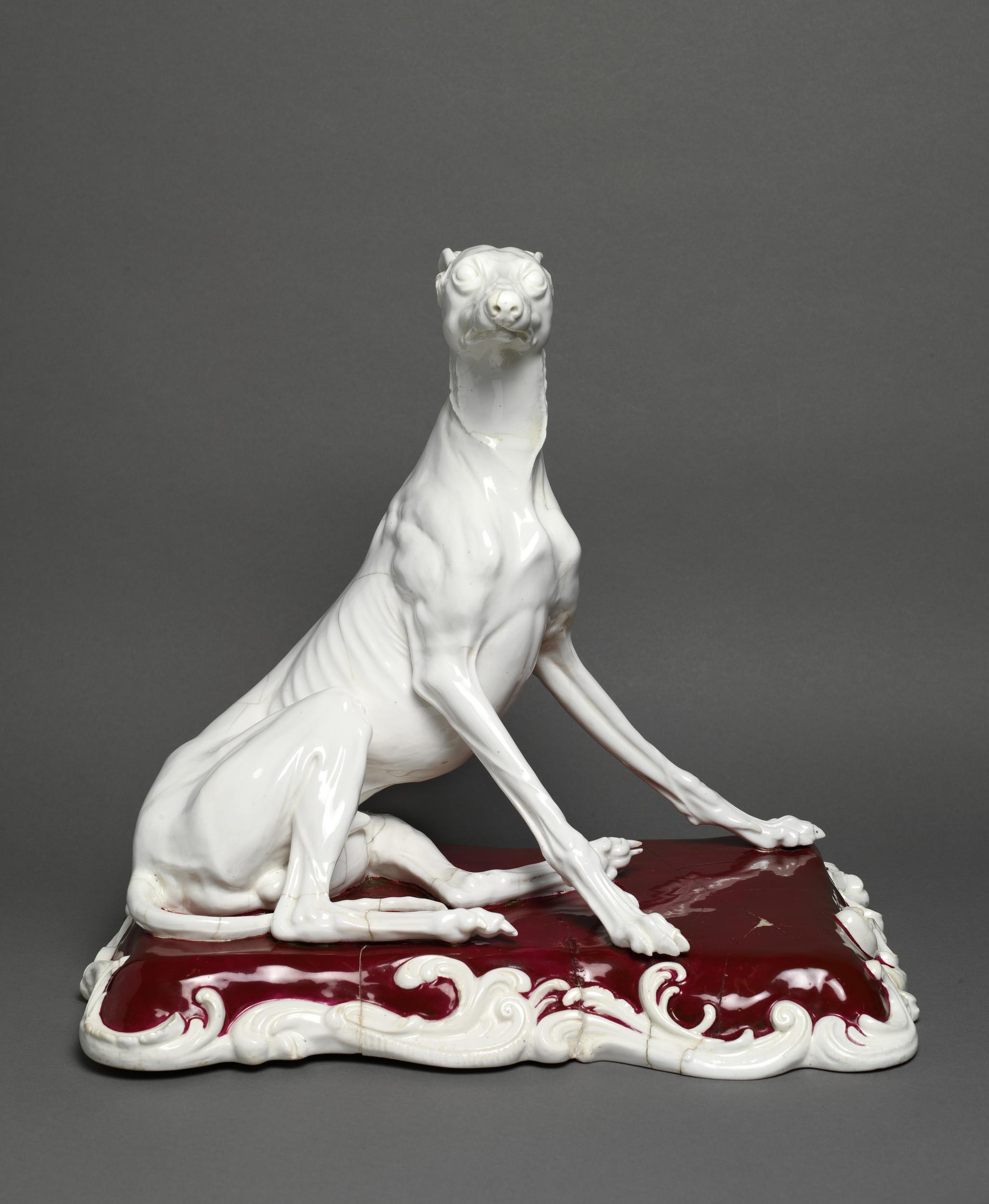 The latest redisplay of the cases outside the ceramic studio is a comment on the difficulty that museums can have in trying to represent the changing world in which they operate.

Museum collections are built up over time and are often a product of the society in which they were collected. What and who is considered important and what is socially acceptable alters as society changes. This can lead to historical gaps in the collections. What has been collected can influence whose histories can be told, and without representative objects, some communities may become silenced – often inadvertently – within museums. 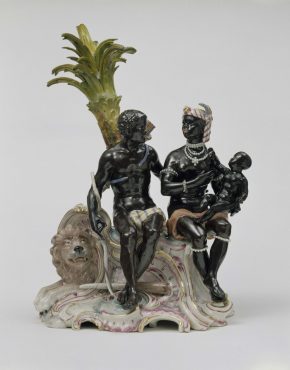 The phrase ‘No Blacks, No Dogs, No Irish’ has moved into everyday language as an ugly example of historic discrimination. It derives from discriminatory signs placed in the windows of some pubs and bed & breakfasts in England in the 1960s. 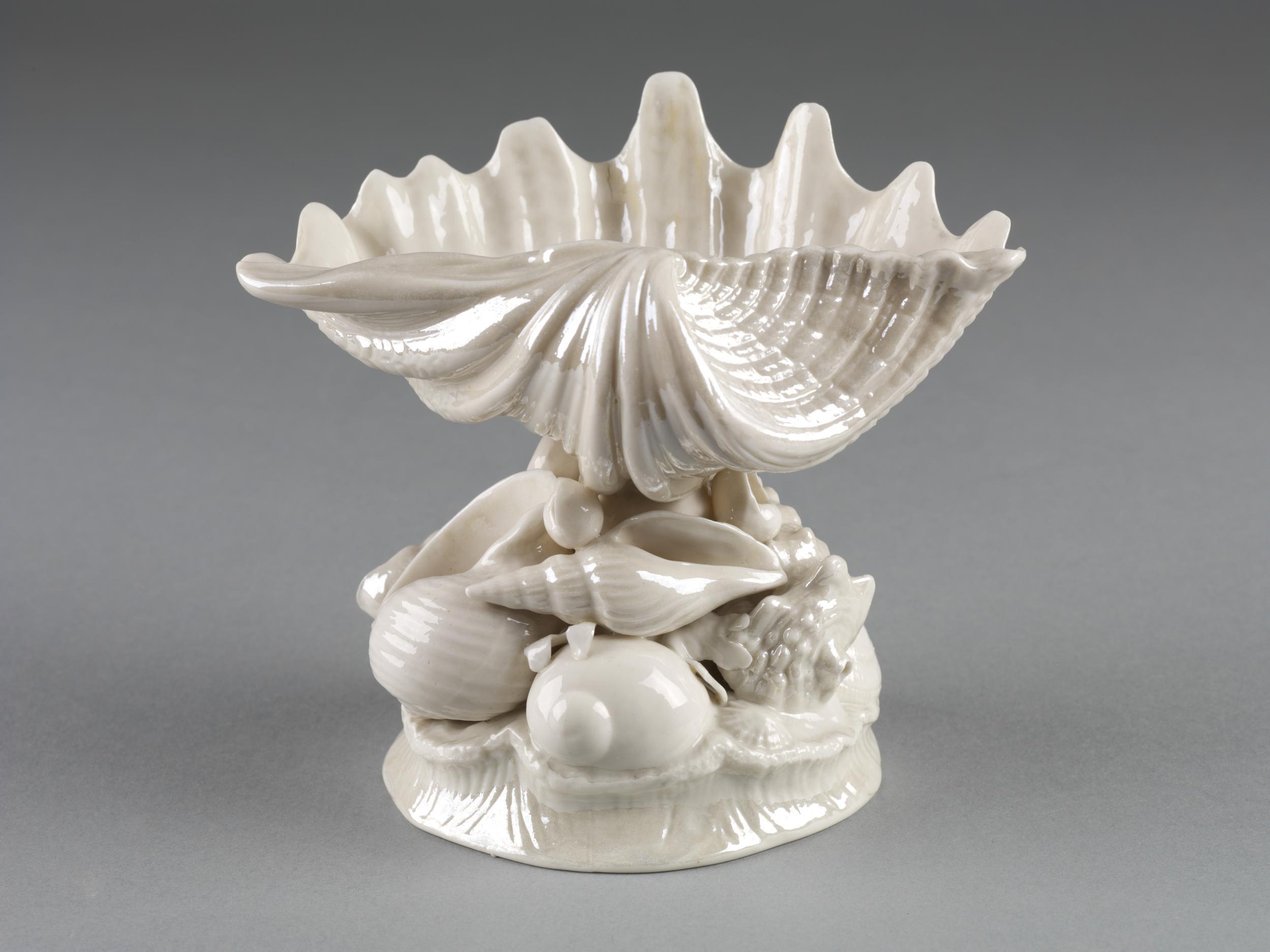 As demographic and social change happens, the objects needed by museums if they wish to reflect society also alter. It will be interesting to see in the future what today’s collecting decisions reveal about how we currently see the world.

I clearly remember my dad pulling the car over and showing us a pub with a sign that read “no blacks, no dogs, no Irish”. This was in the 1980’s, in South East London. Don’t tell us that it’s up for debate. These signs did exist!

It isn’t debated, or shouldn’t be, they existed there is enough photographic evidence and no doubt testimony of those old enough to see and/or experience it. Revisionism like this should have no place at the VandA.

Thank you for reading and commenting on the post. I am sorry if you read into the blog that I was trying to gloss over past racism or present a revisionist view of the past. The motivation for both the intervention in the museum and the blog post was quite the opposite: to explore how cultural organisations can better reflect the multicultural society within which they operate.

When writing the blog, I was hoping to find a confirmed historic image that showed a sign reading ‘No Blacks, No Dogs, No Irish’ to include within the post and I could not find an uncontested one with this specific wording. I also came across these articles:

Whilst I am not agreeing with the articles, I thought it prudent to couch the language in order to talk about the racist sentiment without wanting to definitively say that I personally, had seen signs which specifically said ‘No Blacks, No Dogs, No Irish’.

Oh they existed all right. Just as the Conservative Party slogan “if you want a nigger for a neighbour vote Labour” did in the 1964 Smethwick By Election. It prompted Malcolm X to visit the Black Country to see what the fuss was about. My father said the signs were around the West Bromwich area too. This makes the 1970s a critical ciltural period when Regis, Batson and Cunningham broke into Albion’s team. There’s plenty of pictorial evidence too.

I was born in Plaistow East London in 1972. I absolutely remember going to the abc cinema with my nan and uncle and my nan pointing out to me the sign in the door window of the Bolyenn pub saying ‘no Irish’