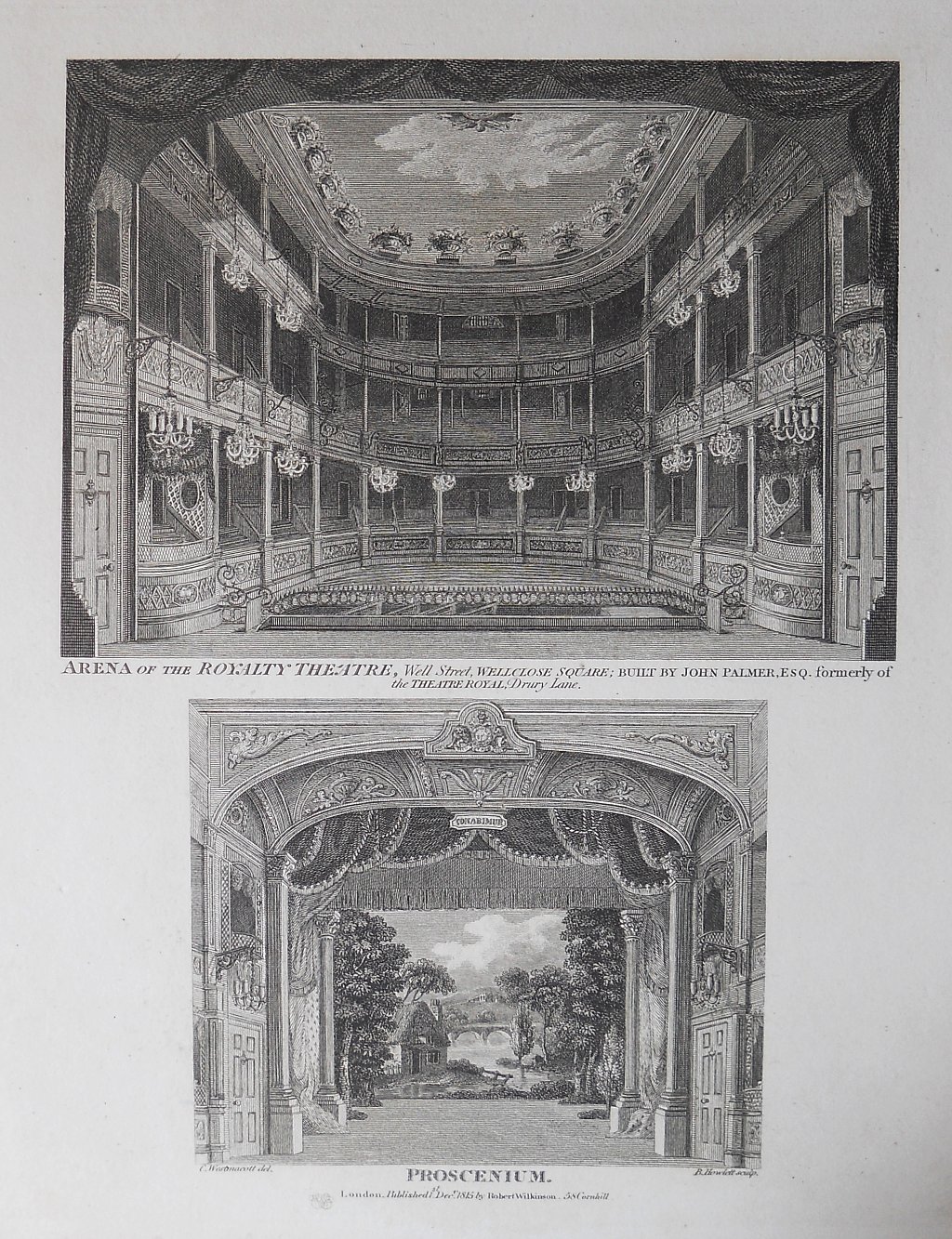 We welcome our guest blogger Pieter van der Merwe to illuminate the story of the first gas-lit stages in Britain.

Coal-gas was first used to light public areas of major London theatres in 1815. The Lyceum Theatre in the Strand is usually said to be the first to have used a gas-lit stage from 6 August 1817, though the ‘world-first’ for this is claimed by Chestnut Street Theater, Philadelphia, in November 1816.

Neither of these commonly-held claims is correct. The first gas-lit stage was certainly in London but far from the area traditionally known as ‘Theatreland’.  It was at the East London Theatre on Monday 5 August 1816 that a stage was first lit by gas, and today marks the the 200th anniversary of this historic event. First and better known as the Royalty, the theatre was built in 1786 on what is now Ensign Street (formerly Well Street), Wellclose Square, Stepney. It was the only theatre site in the East of London between 1742 and 1837, and catered mainly to a local east-end audience, many of whom were in seafaring and port occupations.

The theatre’s managing proprietor was Joseph Vickers (1763–1827), a businessman who in 1814 also built his small ‘East London Gas Works’ in a yard on the west side of the theatre building. This was mainly to light nearby streets but during the summer of 1816 he also lit the theatre using gas, including the stage. Despite advertising fanfare, the innovation passed almost unnoticed by the West-End theatre press, but one adventurous critic did spot it:

Curiosity, the other evening, tempted us to visit a Theatre under a new title, The East London Theatre (late Royalty); we were agreeably surprised at seeing the interior, as well as the exterior, lighted with gas; the novelty of the scene astonished and delighted us, this being the first Theatre that has attempted to introduce gas lights onto the stage. The foot lights were admirably managed, as well as the side lights and chandeliers … The house was very respectably attended….’.

Another early reviewer added that ‘the scenic effect is so wonderfully heightened by the power and steadiness of the Gas Lights, that we think no one can depart disappointed…’.

In 1820 Vickers sold his local mains network to a larger company but retained the gas plant to light the theatre.  Following a performance on the 10th April 1826, both the theatre building and the gas works were burned down after a failure to properly extinguish a number of the stage lights.   Scenery caught fire at about 1am and the rest is history.

This also appears to have been the first loss of a London theatre in a gas-related incident. No-one was hurt but great hardships followed for the acting company, who lost everything, and Vickers was declared bankrupt as a result. Nothing marks the site of the Royalty today except a row of ten iron bollards on the Ensign Street pavement, bearing the letters ‘RBT’.

These belonged to its even more ill-fated replacement, the Royal Brunswick Theatre, built on the same spot in 1827. It opened on 25 February 1828 but was completely destroyed during a morning rehearsal two days later, when its ill-designed iron-beamed roof caved in.  Thirteen people died as a result of the accident. This too was a ‘first’ and, some might argue, worst case of its sort, but is another story for another post.

Dr Pieter van der Merwe MBE DL is a theatre historian, former Chairman of the Society for Theatre Research, and General Editor, Royal Museums Greenwich. This entry is based on his paper, ‘A Great Light in the East: Gas and the Wellclose Square Theatre 1816’, presented at the Society for Theatre Research conference on Regency Theatre, at Downing College, Cambridge, 29–31 July 2016, now under revision for publication.

Interesting to see this written up from the theatre history view – thanks Pieter. As a gas historian I wrote up this saga years ago in the Greater London Industrial Archaeology Newsletter, and subsequently in my book (totally unread by anyone) on the Early East London Gas Industry. My account is on line at https://marysgasbook.blogspot.com/2009/08/wellclose-square.html.. 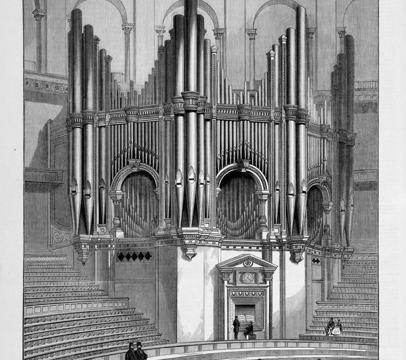