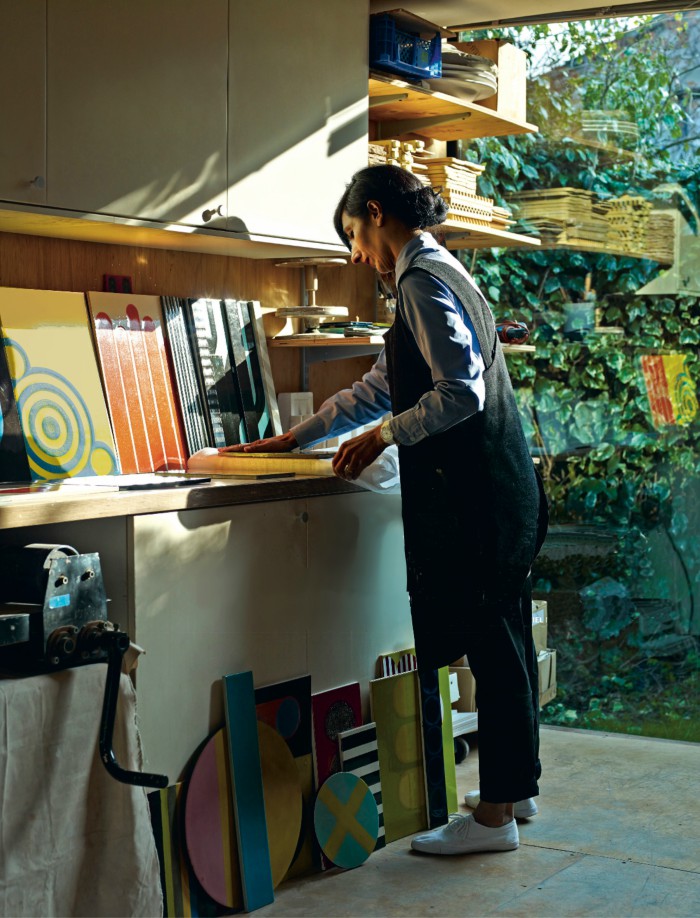 We are delighted to announce that Lubna Chowdhary will be the next V&A Ceramics Resident during the period April to September 2017.

Lubna has been working in the field of ceramics for over 25 years during which time, the nature and application of her work has moved between sculpture, design and craft. Her projects are largely commissioned, sometimes self-initiated and eventually find their place in the street, the gallery, the home, or public and commercial spaces.

In her work she assimilates ideas and aesthetics from Eastern and Western worlds and examines the relationships between them, contrasting languages of ‘Horror Vacui’ (fear of empty space), commonly attributed to the visual traditions of the East, and the economy of Western Modernism. By forging relationships between disparate entities, patterns and visual references, she creates an ambiguous interplay between the familiar and the unrecognized.

In creating the work, there is a pleasure in materials and the skill of manual production. Attention is paid to building, ordering, composing, accumulating, in an effort to recreate the complexity and visual excitement of the environment we inhabit.

Is Lubna doing courses for students in this time, or/and can we visit her working?

I would really like to do a ceramic course with lubna
Is she doing any ?
Denise

As a lifetime working artist who has held “day jobs” with art museums for over 20 years, I am interested in applying for any V&A residency scheduled for Jan-June 2019. I have been monitoring the Museum’s job postings, but have not seen anything about residencies. My work has over the years has intersected with the collections that I have overseen and thus my interest in a possible residency.
(For example, I did a series of paintings about Aesthetic plates a few years ago.)