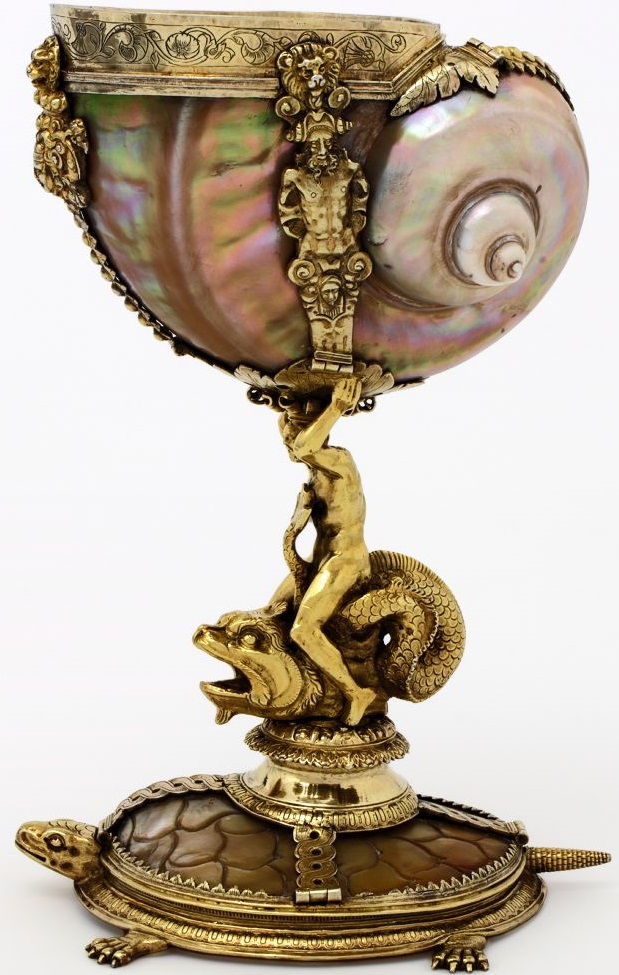 London silver has always been an international art, made and collected by people from around the world. This summer, the enduring love affair with the precious metal will be celebrated with an exhibition in Schwäbisch Hall, Germany.

‘Nature has cradled this town – art has shaped it,’ writer Ricarda Huch (1864-1947) summed up the former imperial town of Schwäbisch Hall. It is a beautiful, romantic German Kleinstadt, steeped in history. It is also a contemporary and vibrant place which has the distinction to have its very own version of the Globe Theatre, built on a small island in the river Kochau.

The town is home to an extraordinary museum, Kunsthalle Würth, one of a series of museums set up by Prof. Dr. h. c. mult. Reinhold Würth to share his wide-ranging superb collections with the public. This emphasis was also at the heart of Rosalinde’s and Arthur Gilbert’s collecting and their motto ‘Not for us, but for everyone’. Some truly intriguing and stunning works from both collections will be shown alongside each other from 18 May 2015 to 6 January 2016 in the exhibition Silberhirsch und Wunderprunk – Das Victoria & Albert Museum zu Gast in der Kunstkammer Würth.

There is a monumental electrotype of an eighteenth-century wine cistern and some of its type patterns, and also an intricate small pomander; a late medieval beaker with strong Gothic shapes is shown alongside the equally sensuous forms of contemporary work. Details, of in the form of animals, wait to be discovered by visitors of all ages, from cow and dragons to nymphs and heroes.

The beautiful German title Silberhirsch und Wunderprunk (‘silver stag and wonderful splendour’) refers to the sense of wonder, and the dazzling beauty of the pieces in the show. Their creation and preservation appears at times almost miraculous, hence the English title Miraculous Silver. The V&A at Kunstkammer Würth. It has been a great experience to look at these masterpieces and the culture behind their creation and to select the works that best convey three key themes: Making and Marking; Collecting and Display; and Magnificence. They give an overview of London silver and the V&A’s mission to collect the best to inspire young makers. In a way they also fit Ricarda Huch’s comment on their host city: their material is one of nature’s wonders, but the art of the makers has made turned them into masterpieces.

The bilingual exhibition book is published by Swiridoff Verlag, and also on sale at the V&A’s  South Kensington shop.

All images © V&A or The Rosalinde and Arthur Gilbert Collection on loan to the V&A, London