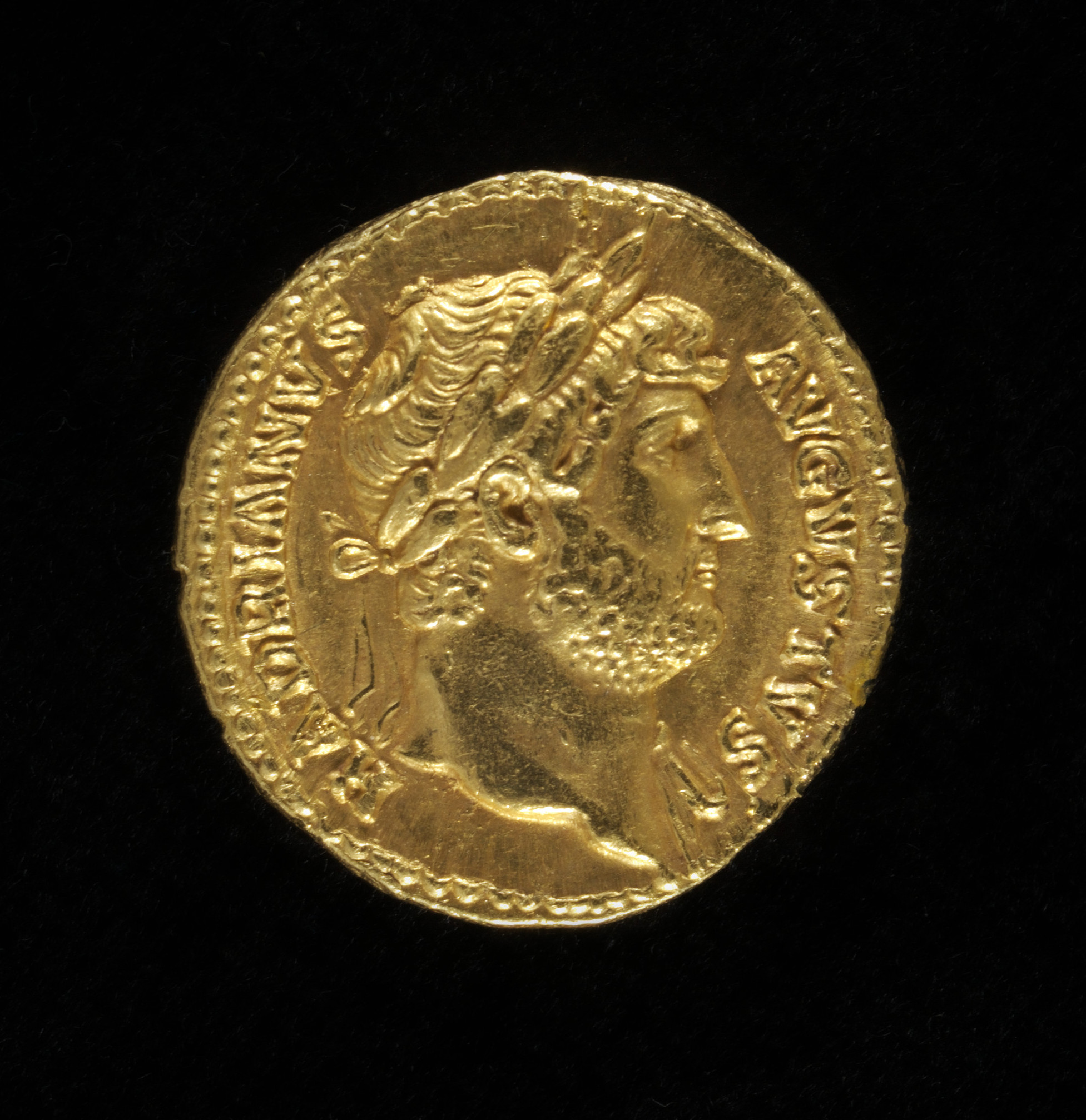 Welcome to ‘Out in the Museum’; the V&A’s new blog series on all things LGBTQ+! We’ll be covering art, history, museum events and advocacy. Your comments and feedback are welcomed.

This is the first in a regular series of posts on objects in our collection with LGBTQ+ histories.

Coin, head of the Emperor Hadrian 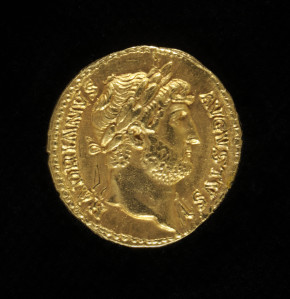 On display in room 8 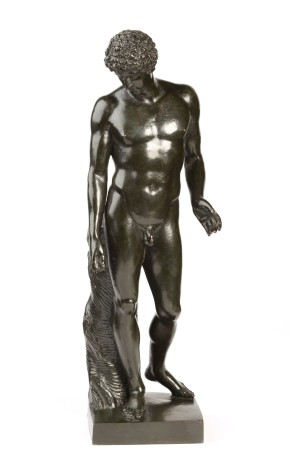 Antinous, who came of humble origins, was one of Hadrian’s many lovers, but the only one to be so favoured. After his early and mysterious death, Hadrian founded the city of Antinopolis in his memory, and had him deified.

The bronze statuette is an 18th century copy of the ‘Capitoline Antinous’, a marble statue excavated at Hadrian’s villa and once believed to have been a portrait of the youth. Such bronzes were popular souvenirs for wealthy travellers on the eighteenth-century Grand Tour. The Capitoline Antinous is now thought to be a Roman copy of a Greek statue of the god Hermes.