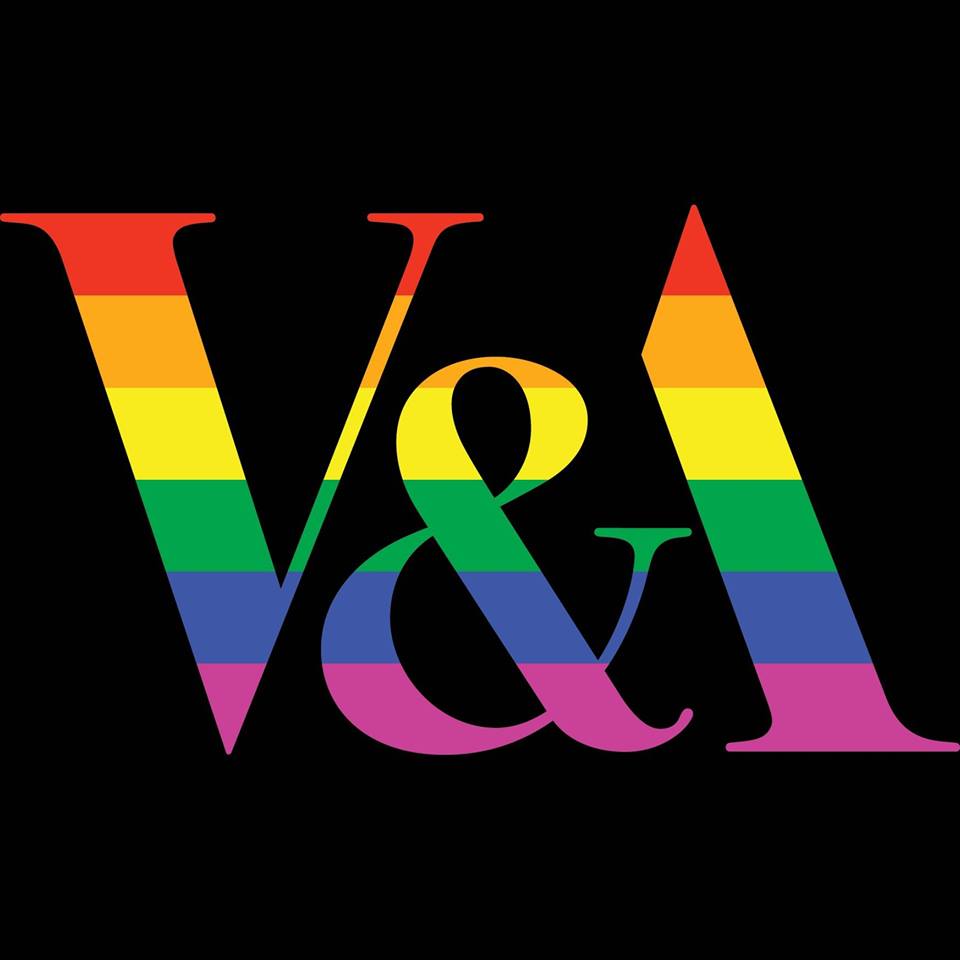 Those of you who follow the V&A on social media, may have already realised that things are looking a bit different this weekend. The Museum has adopted a most colourful logo on the occasion of tomorrow’s Pride in London parade.

In the real world, the Museum is also showing its colours, flying the now customary Rainbow Flag from the flag pole. 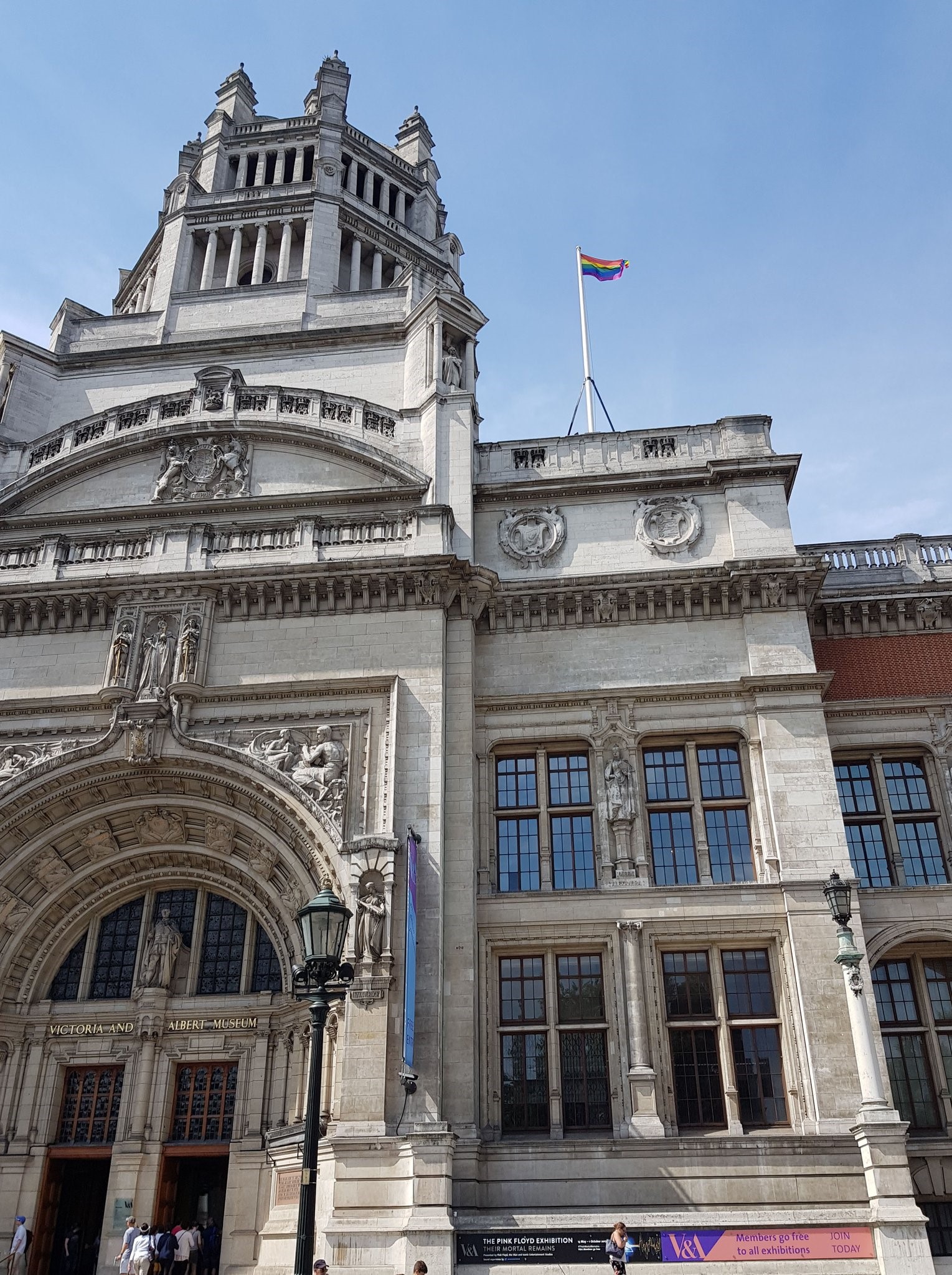 Dipping my toes in into the world of Twitter for a second time, I’ve just returned from giving an LGBTQ Twitter Tour through the galleries. As expected, it was at times tricky to reduce such interesting stories and ideas down to the obligatory 140 characters but I hope that I provided a tempting glimpse as to the variety of LGBTQ-related objects that can be found in the Museum and also introduced some (perhaps unfamiliar) names for people to find out more about.

For more information about LGBTQ-related objects on display in the Museum, do make sure to download a free copy of our newly expanded Out on Display booklet. Specially released to time with Pride weekend, the guide now features thirty objects from across the Museum (as well as a bright new cover!). 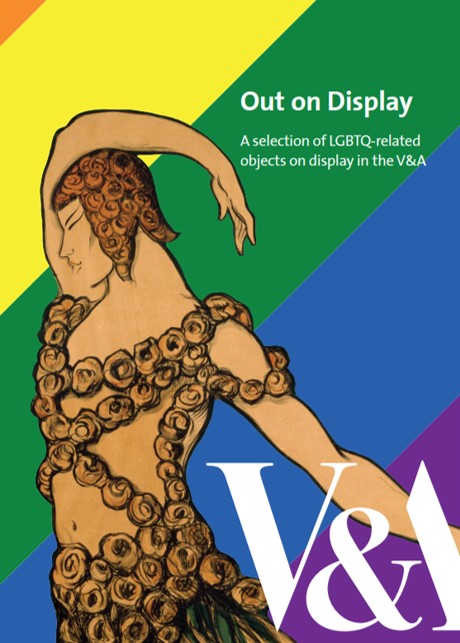 Tomorrow members of the V&A’s LGBTQ Working Group will once again be both pounding and prancing the streets as part of the Pride in London parade, along with a number of other museums, galleries and archives. Do keep an eye out for us if you’re heading along. 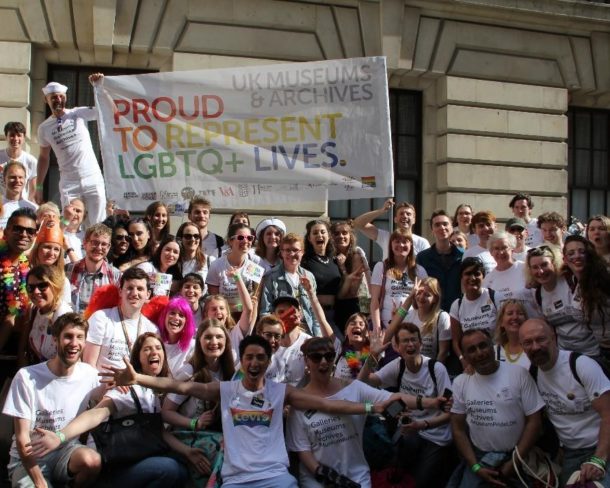 I thought I’d end today’s post with one of my selections from today’s Twitter Tour: ‘Large Blue Form’ (1988) by ceramicist Angus Suttie, on display in Room 142. 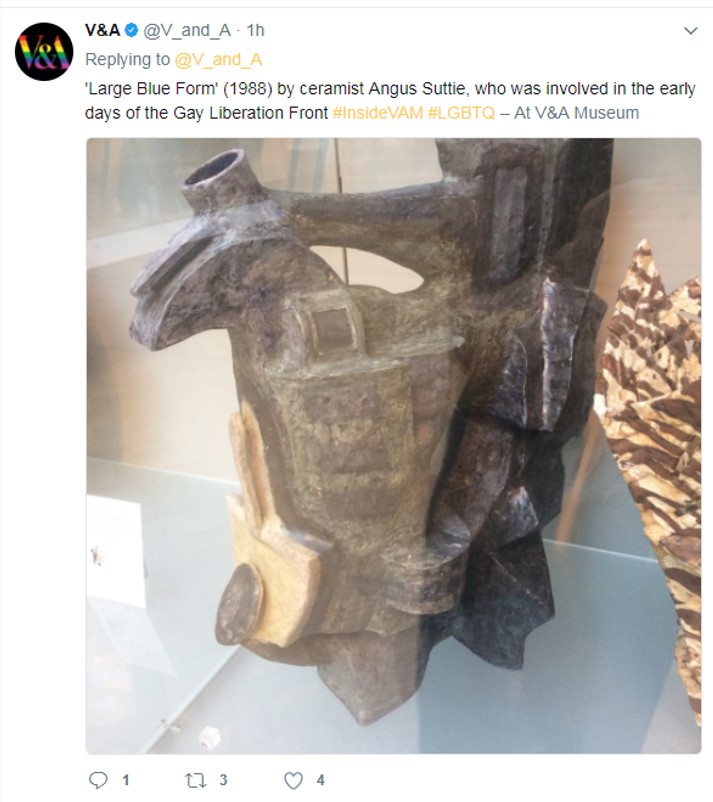 Suttie was involved in the early days of the GLF (Gay Liberation Front) in the UK. Whilst a student in 1976, he published an article in the Gay Left Journal titled From Latent to Blatant: A Personal Account. In it he acknowledges that he was lucky and fortunate to be in a large city and come in contact with the GLF. He describes involvement with the GLF as: ‘a revolution in my life from being secretive, afraid and guilty to being proud and glad to be gay’. He ends the article by saying:

LGBTQ out on display Pride Pride in London rainbow flag

I really thank the author of this article, the article has great significance for me, it just leads me to do better things for this life. Very meaningful, thank you very much, wish you happy. https://www.imobetachat.com/imo-for-pc-laptop-windows/

You spend plenty of time with your PC and typing so much while at the office or school and you will need to monitor your loved social site. In case it’s mobile-based stage like Snapchat or Instagram, notwithstanding, you’re stuck between a rock and a terrible place. https://www.imobetachat.com/snapchat-for-pc-windows-mac/