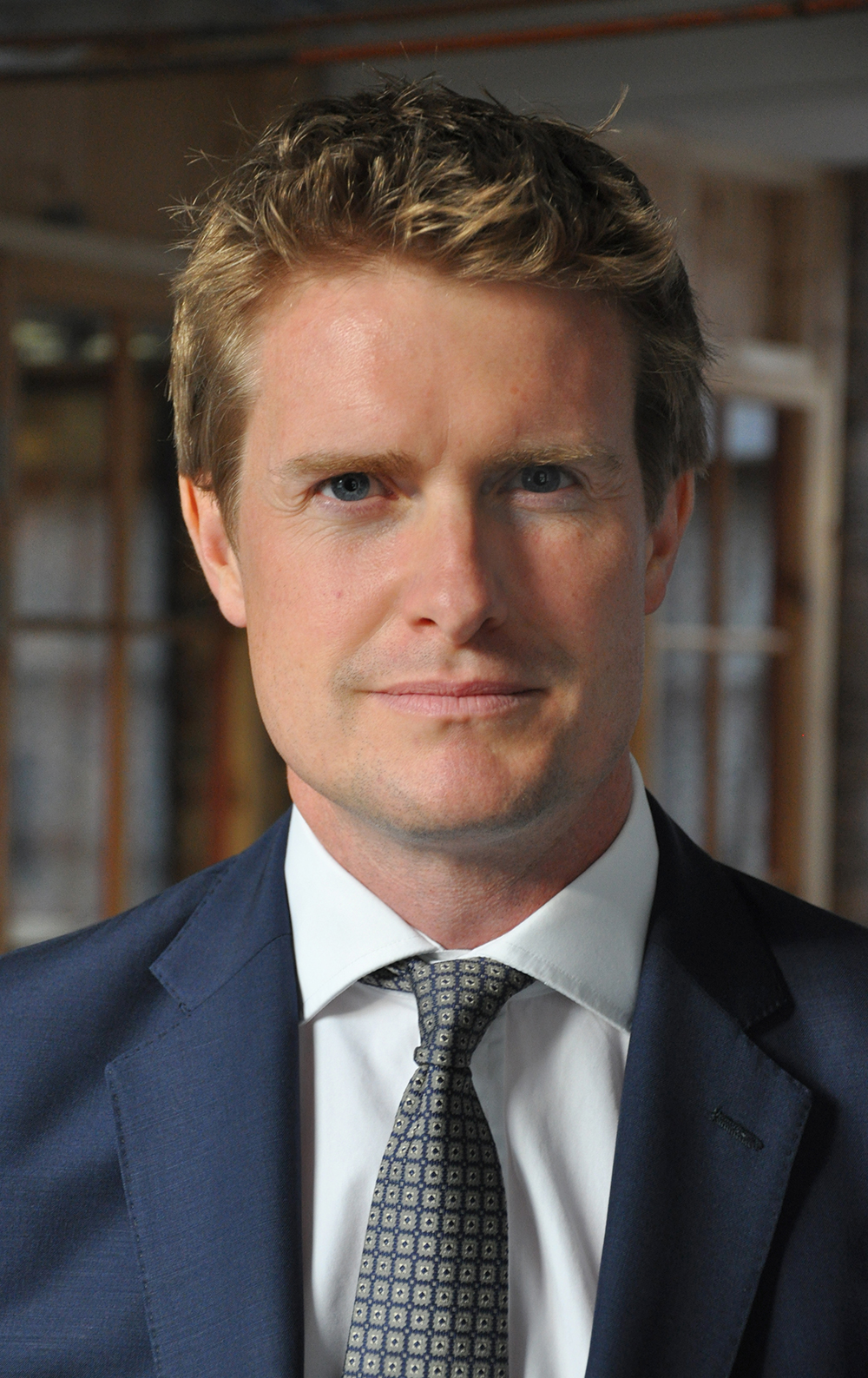 The V&A Trustees have today appointed Dr Tristram Hunt as the new Director of the V&A.

Tristram has served as Labour MP for Stoke-on-Trent Central since 2010, and was previously the Shadow Secretary of State and Shadow Minister for Education.

A historian, politician, writer and broadcaster, Tristram is an expert on the eighteenth and nineteenth centuries, with a particular focus on Victorian urban history. He is the author of several books, including The English Civil War: At First Hand, and most recently Ten Cities That Made An Empire. A regular history broadcaster on BBC and Channel 4, Tristram has made more than a dozen series on subjects including Elgar and Empire, Isaac Newton and the English Civil War.

Tristram lectures on modern British history at Queen Mary University of London. He is a Fellow of the Royal Historical Society, a founder of the Stoke-on-Trent Literary Festival and a Patron of the British Ceramics Biennial, and was previously a Trustee of both the Heritage Lottery Fund and the National Heritage Memorial Fund, and a Curator of the Mayor of London’s History Festival.

Tristram’s support of the ceramics industry, together with the Art Fund, played an important role in saving the Wedgwood Collection in 2014. The collection was gifted to the V&A and is on long-term loan to the Wedgwood Museum in Barlaston, Stoke-on-Trent.

He brings widespread expertise across education, industry and politics to the V&A, and a keen awareness of the important role of major public institutions in the UK, having been at the forefront of political, cultural and public life for the last decade.

Dr Tristram Hunt’s appointment has been confirmed by the Prime Minister and the Secretary of State for Culture, Media and Sport, and he will join the Museum in the coming months.

Announcing the appointment, V&A Chairman Nicholas Coleridge said: “On behalf of the Trustees, I am delighted to announce the appointment of Dr Tristram Hunt as Director of the Victoria and Albert Museum.

He has a highly compelling mixture of experience across public life, the arts, history, education and academia, and knows our collections well from his writing and broadcasting. In addition, he is an informed and articulate leader and communicator on numerous facets of culture, both historic and contemporary, and I greatly look forward to working with him at the V&A.”

Dr Tristram Hunt said: “I am delighted and honoured to have been appointed Director of the V&A. I have loved the V&A since I was a boy, and today it is a global leader in its unrivalled collections, special exhibitions, academic research and visitor experience.

It is a moment of transformation and renewal for the V&A, with the upcoming opening of the new Exhibition Road entrance, and new sites and galleries in Dundee, China and Stratford. I am particularly pleased that, through the V&A ownership of the Wedgwood Collection, my passion for education in Stoke-on-Trent can continue.

The combination of the power of the collections and expertise of an inspirational team is what makes the V&A the world’s greatest Museum of art, design and performance. I am honoured to take on this exciting opportunity.”

Dr Tristram Hunt is Labour MP for Stoke-on-Trent Central. Previously, he was a Member of the Select Committee on Political and Constitutional Reform and Chair of the All Party Parliamentary Group on Energy Intensive Industries. In 2013, he was appointed Shadow Education Minister and then Shadow Education Secretary, focusing on developing Labour’s policy on teachers’ professional development, vocational education and early years education.

After working on the 1997 General Election campaign, he became a Special Adviser to Science Minister Lord Sainsbury (1997-2000), Associate Fellow at the Centre for History and Economics, King’s College, Cambridge and Senior Fellow at the Institute for Public Policy Research.

Between 2001-2010, Tristram combined his post as Senior Lecturer in British History at Queen Mary, University of London with work as a history broadcaster, presenting over fifteen radio and television programmes for the BBC and Channel 4 on subjects including Elgar and Empire, Isaac Newton and the English Civil War.

In addition to making regular contributions to The Guardian and The Observer, he is also the author of The English Civil War: At First Hand (2002), Building Jerusalem: The Rise and Fall of the Victorian City (2004), and the award-winning biography, The Frock-coated Communist: The Revolutionary Life of Friedrich Engels (2009), and Ten Cities That Made an Empire (2014). During this period, Tristram also served as a Trustee of the National Heritage Memorial Fund, the Heritage Lottery Fund, and the Centre for Cities think-tank.

Since entering Parliament, Tristram Hunt has focused on educational excellence; the regeneration needs of Stoke-on-Trent; the ceramics industry and energy intensive sector. He is a Trustee of the History of Parliament Trust and fellow of the Royal Historical Society. From October 2013 until September 2015, Tristram served as Labour’s Shadow Education Secretary focusing on developing Labour’s policy on teachers’ professional development, vocational education and early years education.

19 comments so far, view or add yours

Hope Tristram greatly increases the display of Spode ceramics at the V & A as there is a distinct lack of them compared to pieces from Wedgwood & Worcester, Caughley etc.

Why was the post not open for public application? Why was Hunt simply appointed? Sounds again like nepotism to me!

Is Dr. Hunt really a “failed” Politician?? I would think it is utter boredom which led him to find a job which lies more in the line of his interests. I am certain that there will be enough politics of another kind in his new post!!

What a shame to post such negative comments! Did you read his CV????? Personally think it is a wonderful choice of Director and hopefully he will bring great things to the V and A – he certainly has an extremely impressive set of qualifications and experiences. His political background will no doubt be a huge asset to the VandA!
Congratulations.

Given the amount of public me ney going into the V&A, all vacancies should be advertised and transparently filled, especially the ‘top’jobs. Was this done in this case?

I have no idea of the process which has led to this appointment and unlike some posting here I am content to trust the powers that be in the V&A to have gone through the necessary hoops. Looking at the details given here and the knowledge of Tristram Hunt that anyone interested in politics is bound to have, it seems to me an eminently suitable appointment. Certainly I for one will wait and see how he does rather than rushing into sour comments before the guy’s posterior has even hit the hot seat.

If the V&A have really bagged Tristram Hunt for +/-£200,000 (Barry Tyler), trust me they’ve picked up a bargain- quick, double it at least before things go badly wrong!! Look again at his CV and honestly say you can match it . No you can’t. Good luck to him .

I welcome Tristan Hunt! I hope with his historical perspective the V&A creates exhibitions using the myriad of art to reflect the history of trade from the Silk Road to transatlantic trade and beyond. I look forward as a long time member to meeting him.

Dr Hunt brings a most encouraging suite of understandings to the V&A, which has lacked them ever since Estave-Coll. He understands the effect (which has remained suppressed for seventy years), of the loss of the Empire and he understands the nature of cities to the sharpening of the tastes that promote the trade in luxuries. Both of these come into focus with Brexit and the amiable support of second-rate quality that has always been the mark of the British consumer. Whether the V&A can do anything about these or not will be of real importance now that the door is closing on our recent function as the Anglophone entry to the EU. The cult of the computer as the “answer to everything” could also do with some pruning.

I never saw this job advertised : could someone tell me the process ?

I welcome Tristram’s appointment. Fitting that the V and A has its own tenaissance man in-house. I wish him well.

Worrying perhaps that in one paragraph Mr Hunt is acknowledging the Museum’s pre-eminent status and in the next paragraph writes about a transformation. On the face of it the new entrance is a long overdue alteration. A transformation from pre-eminence implies a downward trajectory!

Dear Mr Hunt, we ‘spoke’ a few years ago, I agreed with something you said,I am afraid I have forgotten the subject. Re the piece in yesterdays Times I agree with a great deal of what you said but as a leader, designer, c1984 Treasures of the Earth at the then Geological Museum of digitisation in museums there is a real value in allowing the exhibits to speak for themselves. BUT there is also a real value in having sufficient information for ALL manners of visitors. This can be done digitally using todays technology without disrupting the flow among the only reliable facts in museum, ie the actual objects. Digital imagery is now so debased as to be useless but background information whether to the decorative arts, social history or scientific objects is of immense value, don’t close the door on IT but use it discretely and discreetly, sincerely, Giles Velarde FMA (retired) Battle, UK

Why do Labour Politicians wear two hats, the white hat indicates that they are anxious to work for the public good and will do so.The black hat tells us that apart from Hunts £200 000 per year VA salary, he will have negotiated an expense account of a similar sizable amount, plus free housing, cars and pension rights. Surely the salary for running a glass-case museum should be more in line with what an Odeon Cinema manager is paid?

Hunt represented and likely still supports, the Party and politics that twice all but brought the UK to its knees. Hopefully he won’t take the V&A the same way. Another hypocrite champagne Socialist being paid (and accepting) a capitalist salary.

Hello snot-rags. Africa’s treasures need to be returned! A long term loan would be great, because by the time the term is up the “west” will no longer exist. Blessed be.