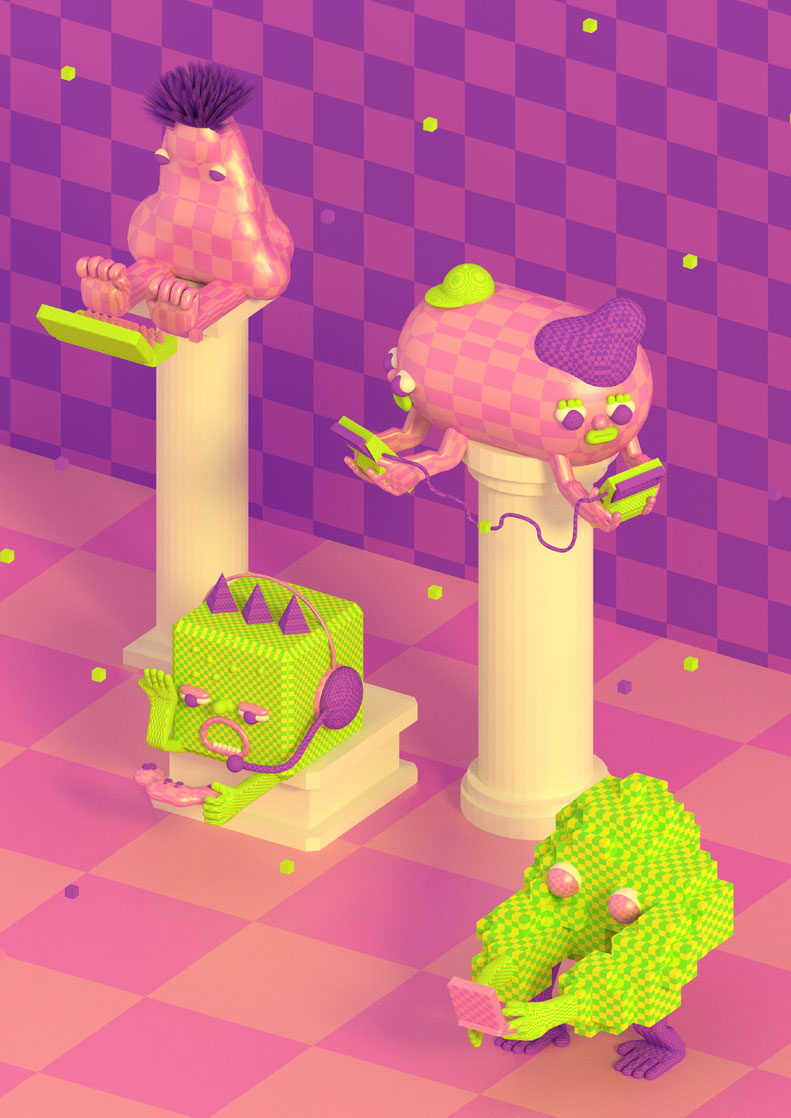 In Collaboration with London College of Communication

What does it take to build a world?

We’re pleased to announce that Parallel Worlds, the V&A’s conference dedicated to videogame design and culture, will be returning Saturday 30 September 2017.

Following on from last year’s sell-out event, this day long international conference brings together leading game designers, artists, engineers and thinkers, whose work is connected by the worlds we build through games and play.

Speakers this year include Nicola and Michael Place, members of the original design team for the 90s design classic Wipeout; Dan Calvert, character art director on the luscious Horizon Zero Dawn and Madiba Olivier, developer of Aurion: Legacy of the Kori-Odan and founder of the first professional game studio in Central Africa.

The conference will follow on from the V&A’s Making Play Friday Late event on Friday 29 September, where playful installations, arcades and exhibits will take over the entire museum for one night only.

John Laws – Frontier Developments, Planet Coaster
John Laws joined Frontier in 2001 and rose to become the studio’s Head of Art, working with partner studios including Pixar, Disney and Aardman. His most recent work saw him head up the direction on Planet Coaster’s flexible and expressive art style.
www.frontier.co.uk

Sandra Youkhana and Luke Caspar Pearson – You+Pea
You+Pea is the architectural design practice of Sandra Youkhana and Luke Caspar Pearson. You+Pea see architecture as a creative platform which can draw inspiration from all aspects of popular culture, celebrating the graphic and the immediate. Their research explores how architects can communicate with new audiences. They make architectural videogames, immersive drawings, public installations, interactive devices, architectural toys and 1:1 experiments. Together they teach a Masters research cluster at the Bartlett School of Architecture, UCL, where students investigate urbanism through videogame design.
www.youandpea.com

Nicola and Michael Place – Build
Nicky & Michael run graphic design practice Build, working with clients around the world. They met during the development of the Sony Playstation launch title Wipe’out” in 1995, when Nicky led the game development team, and Michael was part of maverick studio The Designers Republic. The game fused technology, music and graphics in a new culture clash and went on to shape the longstanding Wipe’out” series, as well as influence the gaming landscape more widely.
www.studio.build

Alexandra Lange – The Design of Childhood
Alexandra Lange is the architecture critic for Curbed. Her essays, reviews, and profiles have appeared in Architect, Dwell, Metropolis, New York Magazine, the New Yorker, and the New York Times. She has been a featured writer at Design Observer and an Opinion columnist at Dezeen. She was a 2014 Loeb Fellow at the Harvard Graduate School of Design. Her next book, titled “The Design of Childhood,” will be published by Bloomsbury USA in June 2018.
www.alexandralange.net

Tim Hunkin – Under the Pier Show and Novelty Automation
Tim Hunkin trained as an engineer. His eclectic career has seen him work as a cartoonist for the Observer, as a writer and presenter for Channel 4’s ‘The Secret Life of Machines’ and across various museums, curating and designing exhibitions and building interactive exhibits. Since 2001 he has been making arcade machines for his Under the Pier Show amusement arcade on Southwold pier and Novelty Automation in London.
www.timhunkin.com

Alex Wiltshire – Author and Writer
Alex Wiltshire is a writer and consultant on videogames, design and technology. He is author of Minecraft Blockopedia, edited the book Britsoft: An Oral History, and writes for publications including Edge, Disegno, Rock Paper Shotgun, Eurogamer, Rolling Stone and Dezeen.

Jordan Erica Webber – Author and Writer
Jordan Erica Webber writes and talks about video games for the Guardian, is the resident gaming expert on The Gadget Show (Channel 5), and is the co-author – along with Dan Griliopoulos – of the new book Ten Things Video Games Can Teach Us (about life, philosophy and everything).
jordanwebber.com

Marie Foulston – Curator of Videogames for the V&A
Marie Foulston is the V&A’s Curator of Videogames and is currently working with the museum to establish new ways of collecting and exhibiting videogame design and culture. Before her time at the V&A she worked as an curator specialising in independent videogame design and playful interactive experiences with the collective The Wild Rumpus, collaborating with partners that included the Game Developers Conference (San Francisco), MoPOP (Seattle) and the Art Gallery of Ontario (Toronto).
www.tigershungry.co.uk

Kristian Volsing – Research Curator, Videogames for the V&A
Kristian Volsing is a Curator in the Design Architecture and Digital department of the Victoria and Albert Museum, currently researching the design and culture of contemporary videogames. Previous projects have included the Civic Objects strand of the museum’s 2015 exhibition All of This Belongs to You; T-Shirts 101, a display on the history of the T-Shirt for the Fashion and Textiles gallery and Rapid Response Collecting, an ever-changing gallery that explores the intersections between contemporary design, mass manufacture and global events.

MA Games Design at LCC examines the concept of play in relation to the practice of games design. Students produce playable prototype gaming experiences and use games design to test ideas from broader culture. Rooted in experimental practice, MA Games Design equips students with both the technical and critical skills to produce a broad portfolio of innovative game prototypes and experiences beyond the screen.
arts.ac.uk/lcc/courses/postgraduate/ma-games-design/

Like the parallel worlds there are more games on the puzzle like word with friends where you need to makes best combination of the letters.