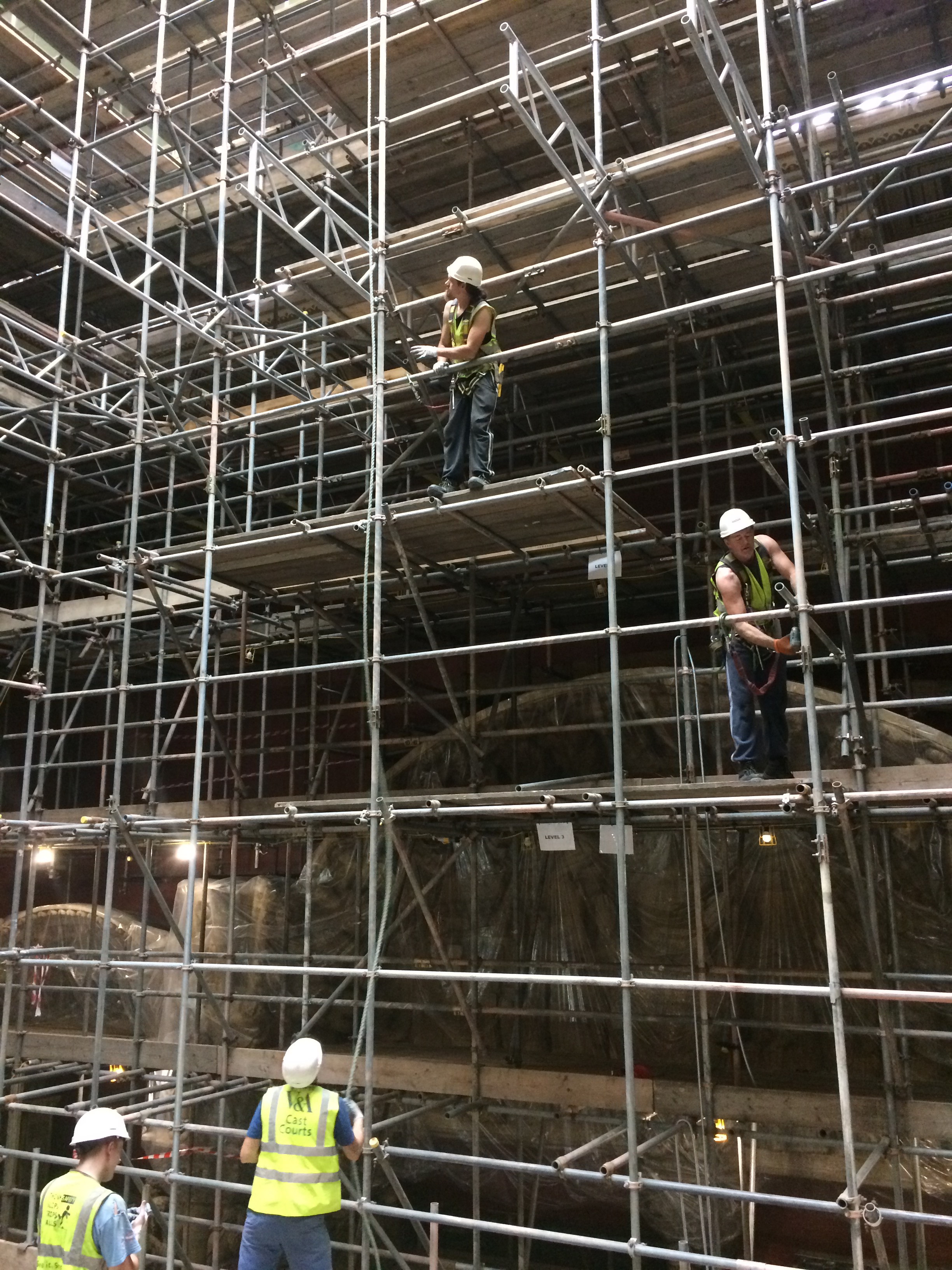 On the 29th August the first section of the scaffolding in Gallery 46A was struck, and the team from Coventry Scaffolding began the enormous process of removing the hundreds of scaffolding boards and poles from the gallery.

The scaffolding is split into three zones, and the team have started dismantling Zone 1 at the North end. This has enabled work by conservation and technical services staff to continue on Zone 2 and 3, focusing particularly on Trajan’s Column (Repro.1864-128). The objects that could be removed from the gallery have been, however a significant number are attached to the gallery walls or are just too heavy and complicated to move. These objects have remained in situ throughout the renovation of the space, and conservation has been undertaken from the scaffold. The uppermost areas of free-standing objects, such as the St Leonard Tabernacle (Repro.1876-104), have been conserved, and the lower areas will be conserved once the scaffolding has been removed. Future blog posts by V&A conservators will discuss in detail the process of conserving specific objects in the Cast Courts.

The team from Coventry Scaffolding began by removing Level 10 of the scaffolding, which has allowed light from the newly renovated roof to flood the space. This has also given a glimpse of the new paintwork at the top of the gallery.

The dismantling of the scaffolding will continue for the next three months. This process is lengthy and time-consuming as the boarding and poles need to be removed carefully from around the objects, and once dismantled the scaffolding can only leave the gallery out of museum visiting hours.

The dismantling of the scaffolding, and the work of V&A conservators and technicians can still be viewed from The Gilbert Bayes gallery in Room 111.

The process of dismantling the scaffolding is really time-consuming!

I have come across and believe me I have been searching out for this similar kind of post for past a week and hardly came across this. Thank you very much and will look for more postings from you