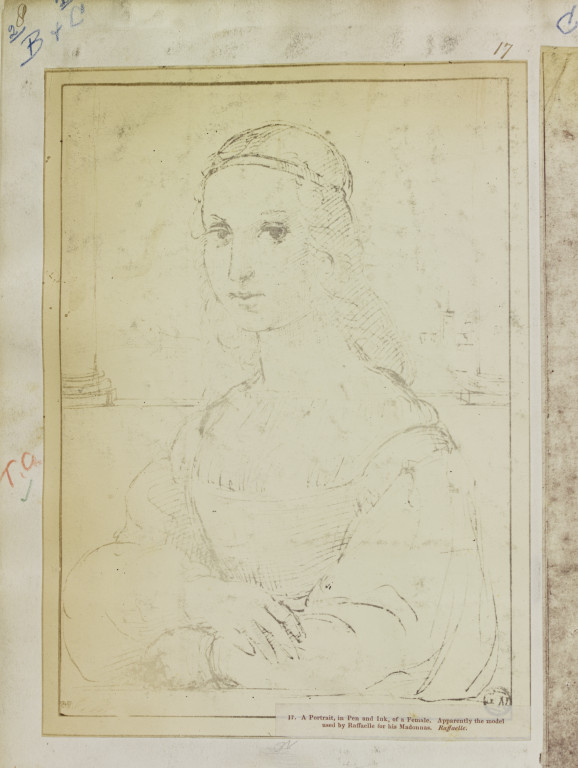 This project is the digitisation of The Guard Book Archive of Black & White Photographs taken by the Museum between 1856 – 1997.

First of all what is a Guard Book?, other terms could be, an Album, Store Book, Scrapbook, Folder, Guard Box, the list could go on, but one word is important, the word Guard, to keep protected, or safe, things that are precious or important, or of sentimental value, or all of these and more.

‘A Book containing compensation guards equal to the anticipated thickness of the additional matter to be added at a later time. The guards are sewn with the book and are intended to prevent gaping of the boards or damage to the spine when the book is filled with photographs, clippings, etc. Also called a stub book.’

Here at the V&A, they were also known as Stall Books, used as a reference of prints that were available for sale to the public, initially to wealthy patrons & other national institutions, some of which had their own collections of furniture & artworks photographed.

A Snapshot of The Museum & Its Collections

They were a common part of Victorian Life, and indeed Guard Books can still be purchased at specialist suppliers even today. The V&A holds several specialist archives, but this archive is unique, being the record of Photography taken by the museum, of its collections & events from approximately in 1856 – 57 to 1997.

The establishment of the archive co-incidentally parallels the fact that in 1856 South Kensington Museum was the first museum in the world to collect photographs as art, was also the time when the first Director, Sir Henry Cole took up photography himself and when Charles Thurston Thompson was appointed Superintendent of Photography. The V&A therefore had the first dedicated Photographic Studio, only a few years after the first photographs ever taken.

Early photographs of the museum & its surroundings were made by Thompson himself and members of The Royal Engineers, who were involved in various rôles in museum life, including photography. A notable figure being Lance-Corporal Spackman, later Sergeant-Major Spackman, who with others such as Isabel Agnes Cowper, were instrumental in photographing the museum collections and environment right up to the early 1890s, some copies of which became part of the Photographs Section of the Word & Image Department.

As this practice developed, the Museum enthusiastically embraced the medium of photography as documentation in its own right, in accurate reproductions of nature, aids to collections management, and a record of the institution of the museums history and collections. This is in essence, what the Guard Books record.

They cover the period of 1856/57 until 1997, when colour film, then digital imaging took precedence. They were complimented by two other references, the Negative Registers, negative numbers in sequence with full descriptions and The Card Index Files, museum objects arranged in departmental and accession number order, which also includes non-collection items, such as loans to the museum, conservation records, exhibition displays & important events.

After 1997, these systems were discontinued, moving to the new computerised Photo Catalogue, together with the colour transparency & colour negative records, therefore combining them all for the first time, all to be scanned on demand. So with a record print no longer required, the Guard Books were discontinued. The analogue film format however continues to be used, but only as a digital scan of the original. This is now what is happening with the Guard Book archive.

A Few Facts – The Numbers bit.

There are 859 Guard Books, with approximately 270,000 black & white photographs. Most of the earliest examples are albumen prints from hand developed glass negatives, in various sizes from 24” x 24” to ¼ plate. Later negatives from the mid-1950s became film based, from 10” x 8” down to 35mm roll film, though the last glass negative, a ¼ plate was used in 1961.

The very early photographs, by their very nature of being glass negatives, were very fragile and no longer exist either because of breakages or large-scale clear-outs, particularly in 1919, owing to storage & quality issues. Because of this the Guard Book prints may be the only reference to the photographs taken, making them even more important.

The first prints in our earliest Guard Books are in fact copy photographs from other institutions, gradually moving into photography of our own items in the late 1850s, mainly of objects obtained by the South Kensington Museum, via, and because of The Great Exhibition of 1851. Print No.1 is a copy photograph of an external collection of Raphael Drawings, the negative no longer exists, also from this collection Negative No.17 is the oldest negative that still survives, which is the featured image of this blog post.

The first examples of museum object based images are a Fourdinois Cabinet & a salt cellar (see above), photographed by Charles Thurston Thompson, taken probably in their year of accession or before.

There are also copies of the original tree photographs taken by Charles Thurston Thompson of Albany Park.

The Guard Books were originally part of The Picture Library at the V&A., which was a public access area, meaning they could be used by staff and the general public to be used for external publications and research, done by referencing the print number and having the original negative printed. This procedure ended in 1998, as the first 60 Guard Books were deemed too valuable & fragile for general public access, and so were sent to the Registry Archive at Blythe House in Olympia, with the remaining 800 or so volumes moving there in 2000.

This project is the digitisation of each of the 859 Guard Books, including the front & back covers and all the pages, which are been scanned at high resolution of 248Mb per page, most pages, on average, have two or three images.

Each of these can be cropped for any uses, at approximately 124Mb per image. This enables us to preserve a fragile resource in a digital format, reduce the need for manual handling of the original Guard Books, and also where the image is of an object that is part of the museum collection, it can be linked to the relevant Collections Management System record. This is especially important for those items in the collection that only have a Guard Book image.

Each Guard Book is also part of the Museum Archive, with a general reference number of MA/32, with each subsequent Guard Book having its individual archive numbers from MA/32/1 to MA/32/859.

It is estimated that this project will take between 4 – 5 years in total and will open up an archive not seen before, outside the V&A, and maybe, inside the V&A as well.

The starting point of the digitisation is from the Guard Books of 1949, going backwards currently to 1930, as some of the earlier volumes require re-numbering, and conservation and have to be handled with care. The number sequence of guard books from 1930 – 49 is correct, so these are now digitised, with the pertinent images of objects in the museum collection, being linked to the Collections Management System.

The next stage will be the period from the end of World War I and through the roaring Twenties, so updates to this series of blogs will be made in due course, as well as other blogs based on various subjects, together with a regular series, Stories from The Guard Books, highlighting any images or moments at the V&A that might be of interest.

How to unsheathe a Japanese sword? 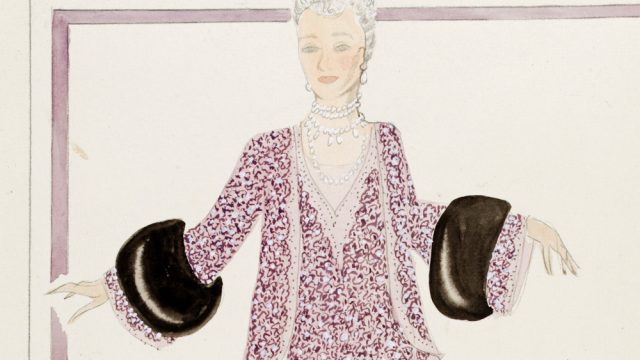