This week the V&A and the Romanian Cultural Institute launch a programme of events to celebrate the 1900th anniversary of Trajan’s Column and 140 years of the V&A’s Cast Courts.

Historian Dan Snow comments “There are few more wonderful treasures in the UK than the meticulously reproduced Trajan’s Column in the V&A. It’s a mine of information for historians, an inspiration for young people and a piece of art for us all to marvel at. This is a great initiative to bring life, humanity and colour back to the column. As we learn more about the column and the figures on it, the more impressive it becomes.” 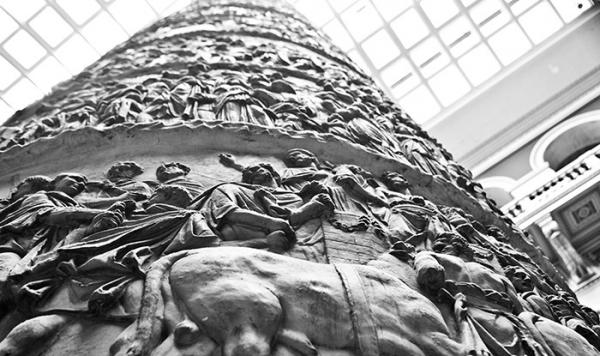 Join us this Saturday 23rd November for an afternoon of talks and a short film to discover more about the story of Trajan’s Column and its legacy. We are delighted to welcome Dr Ernest Oberlander-Târnoveanu, Director of Romania’s National History Museum. Talks will be given by Dr Oberlander-Tarnoveanu and Geoffrey Marsh, Director of Theatre and Performance. There will be a special screening of a short film on the history of the column narrated by Dan Snow.

1900 years ago the Roman Emperor Trajan dedicated this monumental column at the heart of Rome, where it still stands in commemoration of the Emperor’s conquest of the land of Dacia, known today as Romania. Trajan’s Column, is a culturally significant monument for Romanian history and identity and in 1873, the V&A’s Cast Courts were purposely built to host an impressive plaster cast of the column. This is a unique opportunity to commemorate both these events and discover more about the story behind this extraordinary V&A object. 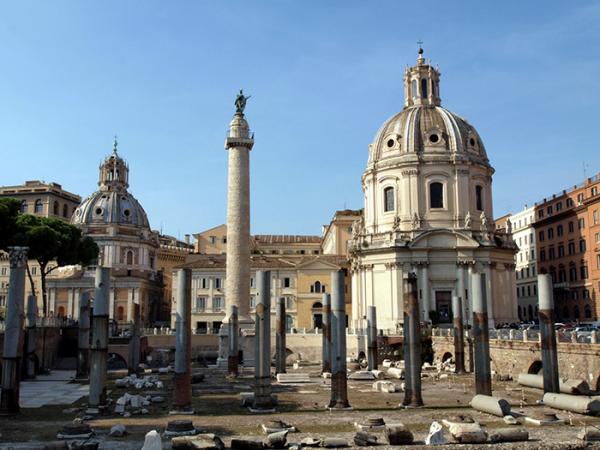 The carvings which wind up the exterior of the column record Trajan’s campaigns in the early 2nd century against the Dacians of the Danube, and offer the first ever pictorial record of the inhabitants of Romania. The frieze covers nearly 300 square metres and features 2500 figures associated with the historic battle, including soldiers, sailors, priests, statesmen, the Dacian King Decebalus and the Roman Emperor Trajan himself.

Trajan’s Column is a tremendous feat of engineering, standing at 35 metres high it is designed with a viewing platform on top and houses the oldest example of a complete spiral staircase. Nearly 1000 tons of quarried stone were transported 200 miles to make up the 29 vast blocks of marble that construct it. The blocks were so accurately cut that their un-mortared joints have withstood not only time but earthquakes that over the centuries have damaged buildings all around it.

In the early 1860s, Napoleon III ordered a mould to be made of the surviving column, one of the three resulting plaster casts was purchased by the Victoria and Albert Museum in 1864. Too tall to stand in the gallery, the cast has been displayed in two separate sections since the opening of the Cast Courts, providing the opportunity to see much of the detail of the reliefs not clearly visible on the original. 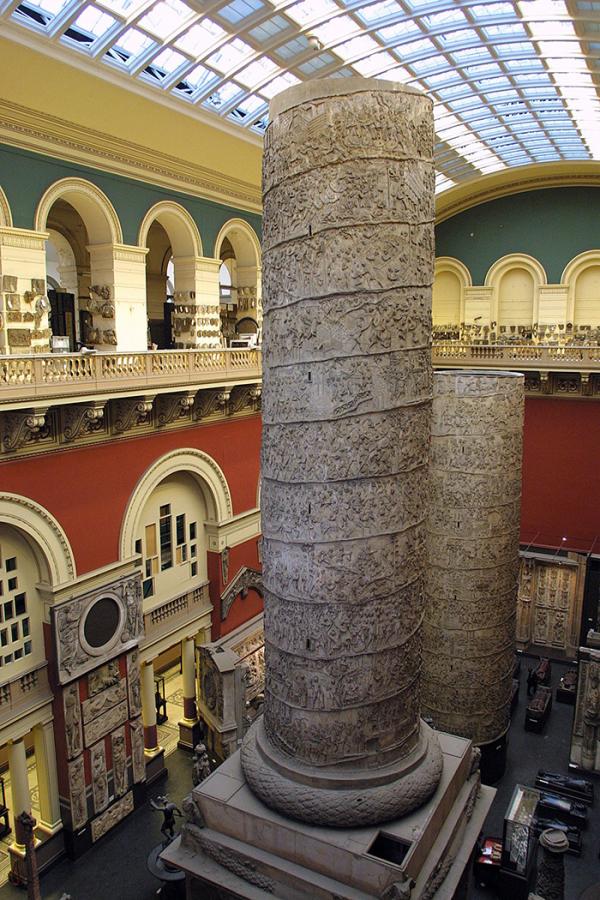 A spectacular son-et-lumiere presentation on Trajan’s Column will take place in the Cast Courts the evening of the 6 December 2013 and 17 January 2014, admission free. 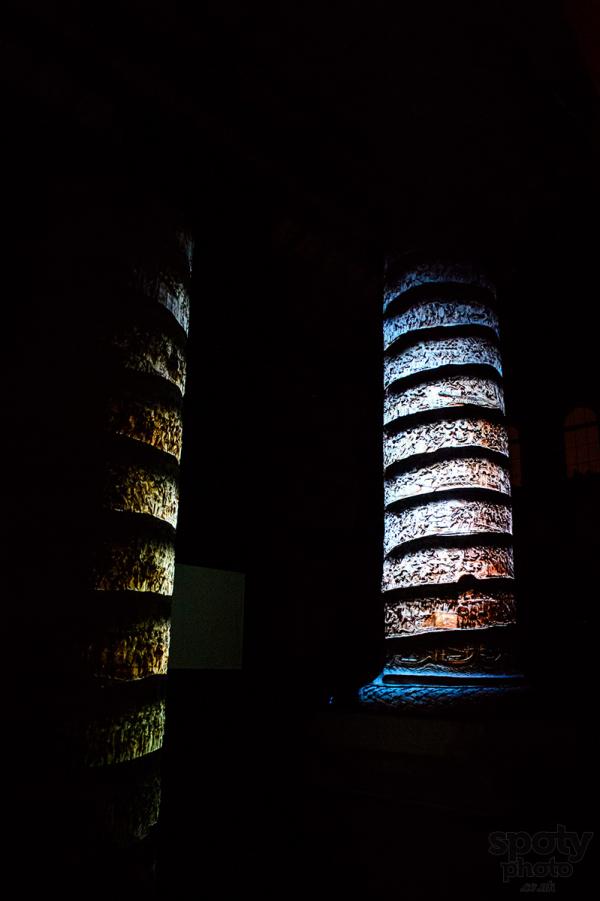 I am studying the column as part of my final year dissertation and so I wondered where I can find the transcripts or notes of the talks that were made by Dr Oberlander-Tarnoveanu and Geoffrey Marsh at this event?

Where can we find the video documentary narrated by Dan Snow?