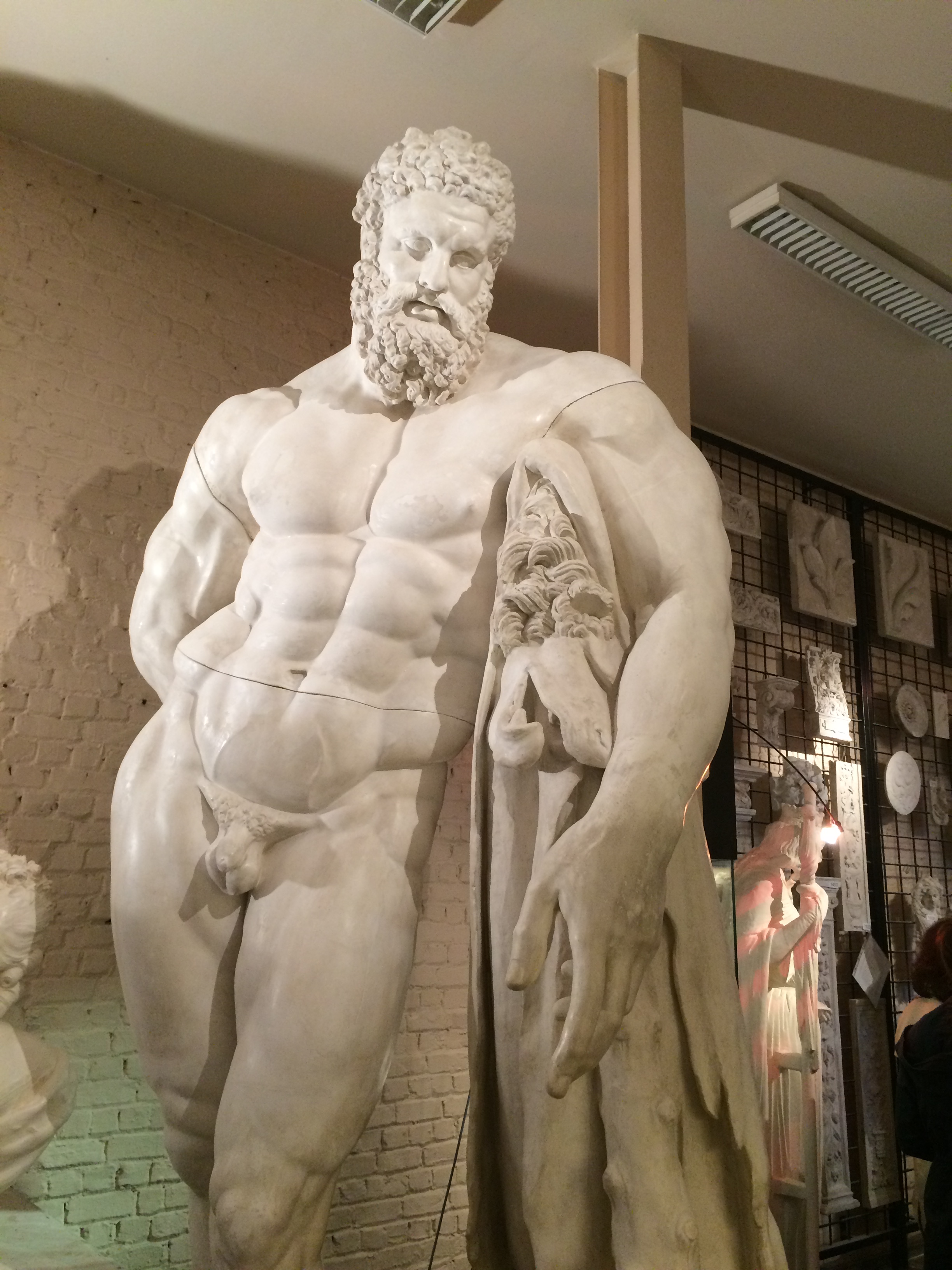 Last week four members of the Cast Courts Project team were fortunate enough to be able to attend a two day conference in Brussels entitled ‘Uniqueness and Multiplication: Plaster as an Art Material’.

The conference was hosted by The Royal Institute for Cultural Heritage (KIK-IRPA, Brussels), a federal institution committed to the inventory, scientific study, conservation and promotion of the country’s cultural heritage. The KIK-IRPA partnered with Epitaaf, a non-profit volunteer organisation, who manage the former sculptor’s and mason’s studio of the Ernest Salu dynasty. The conference explored the significance of the medium of plaster through three sessions. These focused on plaster in Collections, Conservation and Restoration, and in Art History.

The keynote speaker at the conference was Holly Trusted, the Lead Curator of the Cast Courts project at the V&A. She spoke about the history of the V&A cast collection, and discussed how contemporary perceptions of casts differed from the nineteenth century reception. The session continued with fascinating papers about the cast collections at the University of Brussels, Freiburg Minster, the National Art School of Sydney and the National Museum of Fine Arts in Santiago. Papers explored the challenges of housing and caring for such a fragile collection, discussed how historic collections could be displayed for future generations, and stressed the international significance of cast collections.

The session on Conservation and Restoration identified new technologies and methods for cleaning plaster objects, including on-going investigations into the possible future use of monoatomic oxygen to clean plaster and other non-porous surfaces. The session concluded with a visit to the stone conservation workshop at the KIK-IRPA. The third session of papers investigated how plaster has been used historically by specific workshops and individuals, and discussed the value of plaster throughout the history of the sculpture discipline. This session was particularly wide ranging and discussed plaster in the context of an Ancient Egyptian workshop, its use in French workshops during the 18th century, and how the medium was employed by the influential sculptors Canova and Rodin.

The group were then taken to visit the Plaster- Cast Workshop of the Royal Museum of Art and History in Brussels where we were given a tour of the stores and studio. The workshop was established in the nineteenth century during the reign of King Leopold II, and houses more than 4000 casts and moulds. The team continue to make casts to order, and they use a combination of the original 19th century moulds and also make new moulds from silicon and gelatine. The studio are currently making a new cast of Michelangelo’s David, and we were fortunate enough to see the cast of the head being removed from the mould. For more information about the workshop and an insight into the casting of another David please see a blog post from last year by Nele Strobbe, Head of the Plaster Casting Workshop.

The conference was concluded with a trip to the former sculptor’s and mason’s studio of three generations of Ernest Salu dynasty, active in Laeken, Brussels between 1872 and 1983. Epitaaf have managed the studio since 1989, and as a funerary art museum they house a substantial collection of plaster moulds and models. The studio is situated next to the Laeken cemetery, and offers a fascinating and atmospheric trip providing an insight into a beautifully preserved collection and studio space.

This fascinating conference was a great opportunity for the team to discuss with colleagues from across the world the challenges of caring for and displaying a cast collection, and gave us plenty to think about in the run up to the re-opening of the room 46A next year.