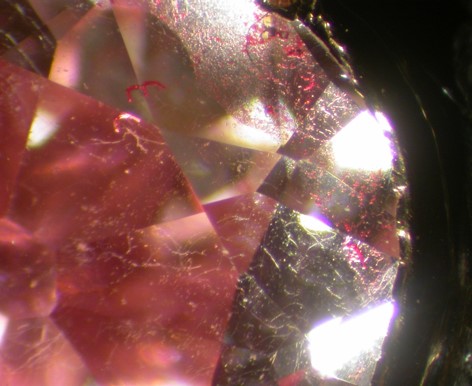 On Friday, 26 June 2015, we will be hosting a study day at the Fitzwilliam to celebrate these masterpieces. Two of the most eminent British artists in precious metal today, Rod Kelly and Sheila McDonald, will join us to look at the boxes. They will tell us how historic work inspires them, and explain the use of their preferred techniques on some of the pieces in the exhibition. We will also have a range of international speakers illuminating how gold boxes were made and marketed from the eighteenth-century onwards.

To give you an idea of what to expect, here is a taster of some subjects covered:

Joanna Whalley has studied and conserved the diamonds on the gold boxes in the Gilbert Collection since their arrival at the V&A in 2008. She will look at one of the famous gold boxes from the collection for King Frederick II the Great of Prussia. The large diamonds look pink – but are they? Jo will tell us what she has discovered.

Rod Kelly will tell us about chasing in gold, the challenges and differences. He has ample material to use from among the gold boxes, among them this one which does have a certain resemblance to one of Rod’s own pieces in the V&A collection.

Sheila McDonald will give us her view on the art of enamelling in conversation with Gilbert Assistant Curator Mélodie Doumy who hails from French enamelling capital Limoges. I have a feeling that this Russian box might be part of their discussions.

Enamelling uses powdered glass. It falls to me to demystify an Italian technique that also uses opaque glass (known in Italian as ‘smalti’ – enamels): micromosaic. Such mosaics consist of up to (reputedly, it is admittedly difficult to count) 5,000 minuscule pieces of glass per square inch (c. 3x3cm). Which means that a picture of St Mark’s in Venice dissolves into a sputnik-like arrangement of pixels when seen under magnification. More on this on 26 June.

The day promises to be full of insights and surprises as well as the opportunity to get even closer to the boxes as we discuss them looking at macro images on screen and the originals in the gallery. Do join us for this unique opportunity to mingle with makers and enjoy a truly close-up encounter with the boxes that have been described as “some of the most beautiful objects ever made by man” (Sacheverell Sitwell, 1966).

Copyright (unless otherwise stated): The Rosalinde and Arthur Gilbert Collection on loan to the Victoria and Albert Museum.