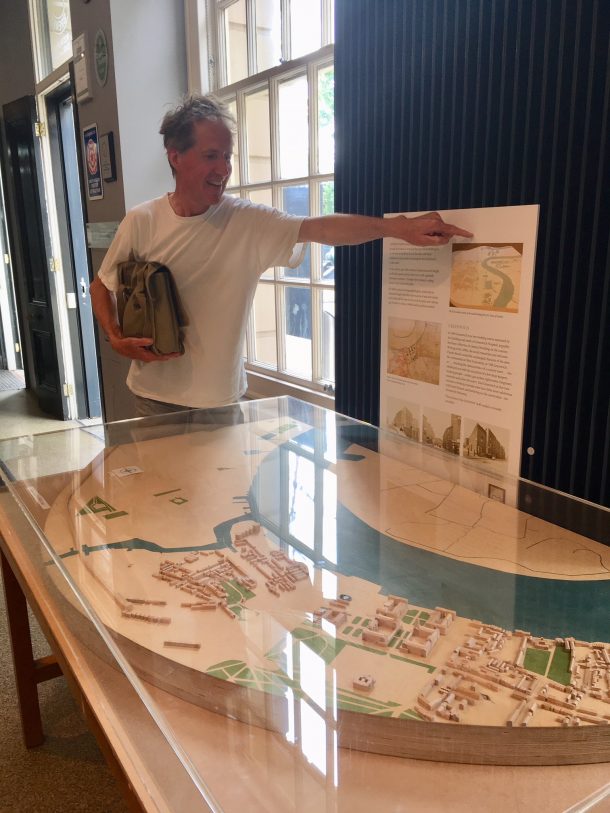 A fortnight ago I spent a balmy afternoon with historian and model-maker Andrew Byrne at his studio tucked behind the National Maritime Museum in Greenwich. Byrne’s obsession these last few years is his vast model of London circa 1840 at a scale of 1:1500. Busy docks, canals and new railway termini of the mid-19th century are some of the many delights of the project. Byrne has taken considerable care with researching the relative building heights and roof profiles. Landmarks don’t get special detail, instead, there is a consistency across the whole. What leaps out are the open spaces: the squares and parks, churchyards and marshes. This comes as no surprise, Byrne has devoted much research over the years to London’s squares. His 1990 book Bedford Square: An Architectural Study is a particularly rich study. 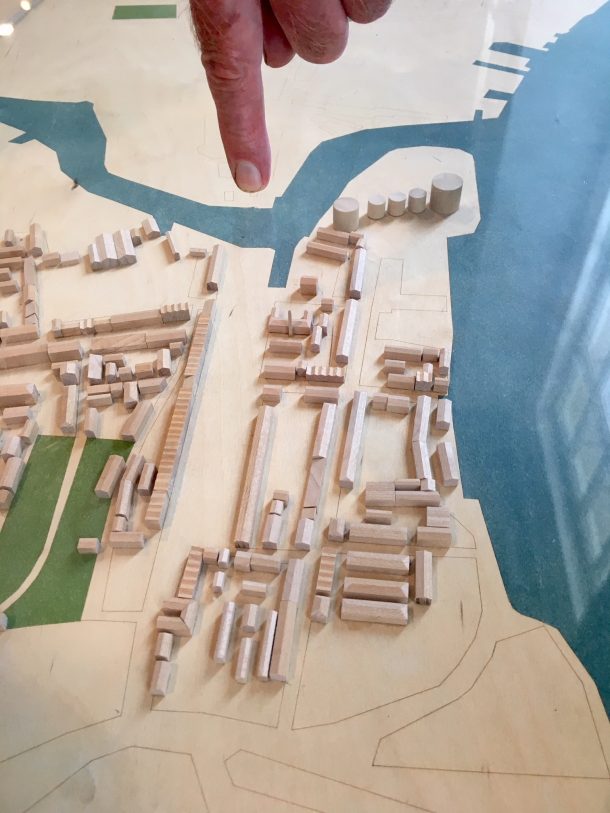 Admittedly, Byrne’s model project is ambitious and slow-going. Research monies, as well as sections of the model, have necessarily been pieced together over time. Some of it stores in odd shapes against the studio wall. Other sections display in a vitrine inside Discover Greenwich. But it all comes together somehow at 10 metres wide and 6 metres deep; representing some 88 square kilometres. There is visual restraint, the only colours, beside the light browns of basswood and maple, are the blue of bodies of water and green of parks and squares. This serves the purpose of making the model a kind of three-dimensional canvas where digital overlays – population maps, building and demolition dates, poverty mapping, economic flows – can be projected upon it. In this Byrne weds tangible form-focused to digital information-based types of modelling. 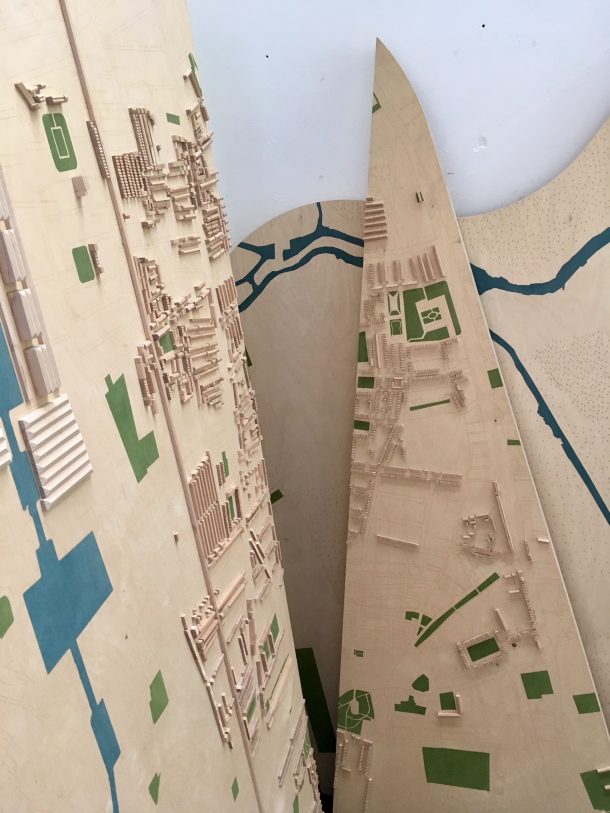 Byrne’s studio held other charms besides. A framed portrait of Joanna Lumley, a patron, looks down on a series of photographs depicting an index of historic London housing types. A 1:500 model of Bloomsbury, also circa 1849, commissioned by English Heritage and crafted by Billy Dickinson, is large enough to include elevations and the details of church spires. Byrne explained it was this project from 2013 that led to the larger London model. Lastly, a curious paint-by-numbers rendition of the ceiling of The Painted Hall at the Old Royal Naval College shrink wraps and playfully simplifies the sprawling Baroque masterpiece by Sir James Thornhill, completed between 1707 and 1726. One of the advantages of miniaturisation, Thornhill’s overall compositional strategy is foregrounded; a sense of the whole is offered when, in the actual place with head bend upward, one usually dwells on the details and sees the thing only in fragments. The same gift is offered with the London 1840 model. Large enough to stride along and visually immerse oneself within, it encourages new readings of urbanism and history; and all this before the dance of the digital from above even starts.

To find out more about the network visit our project page.

The value of the studio workshop

Paper Pinnacles: The conservation of an Architectural Church Model