The conservation of this model of St Peter’s Church in Brighton was my final project during my time as a paper conservation student at Camberwell College of Arts in 2012. I wanted to work on an object that would require me to adapt the skills I’d learnt studying paper conservation, and employ them to something three dimensional.

The model belongs to the Royal Pavilion & Museums, Brighton & Hove, and was kindly lent to the College for the duration of its treatment.

Not much is known about its origin. On its base is written ‘Made by miss Rolling, presented by miss Barnard’ though no record has been found detailing when the model was made or donated. It’s thought to have been created between the early 19th and early 20th century as a craft piece. It represents Sir Charles Barry’s original design of St Peter’s before its later additions.

Predominantly constructed using paper and card, the model is secured to a wooden base and includes gypsum angels, metal clocks and film windows thought to be made from Mica. Starch-based and animal adhesives were used. Particularly striking, is the high level of skill, precision and detail employed in its construction.

Unfortunately, during its history, the model had undergone extensive structural damage – most noticeably where the clock tower had completely collapsed. A real concern was the failing of adhesive causing paper layers to fall away; large amounts of surface dirt had built up, obscuring the model’s detail, and risking staining the paper.

Before treatment, it was important to record the model’s condition thoroughly, and note where loose pieces were situated. To help capture the model as a 3d object I used Google SketchUp, which allowed me to show as much of the object as possible. To capture the fine details, I used Adobe Illustrator and Photoshop.

The first phase of the  treatment was about cleaning the surface of the object with soft brushes and a museum vacuum, after temporarily removing loose pieces. Once I had completed this task, I needed to address the distortions caused by structural damage. The card components could be re-shaped through local humidification. To achieve this I used damp packs (with damp blotter, Goretex® and polythene). In order to allow the structures to dry in their correct forms, I made some supports using acid free card and cylindrical objects. As an adhesive I chose wheat starch paste which, due to its strength and good ageing characteristics, allowed me to re-adhere paper layers.

Reconstruction of the Clock tower

After completing the conservation and reshaping  of the individual parts, I had to think how best to rebuild the tower. I started experimenting with different materials to find the most appropriate and strongest support system. Once the tower was re-built, the internal support would not be accessible, so it was essential to find a solution that would support the tower indefinitely. I contacted model makers to gain advice on strong forms and light-weight materials. Following these experiments and consultations I decided to use an acid-free mount board, due to its similarity to the materials of the model, as it would react similarly to changes in environmental conditions.

Where an original window was missing I created a replica. I made designs and mock ups, to ensure that the final solution would suit the model aesthetically, while -on closer inspection- being detectable as non-original (for ethical reasons). I sought to achieve a balance between these somewhat conflicting needs, by re-creating the window employing similar techniques to the original, without adding as much detail. Collaboration with the Conservator and Curators at the Museum were important in this phase of the project. 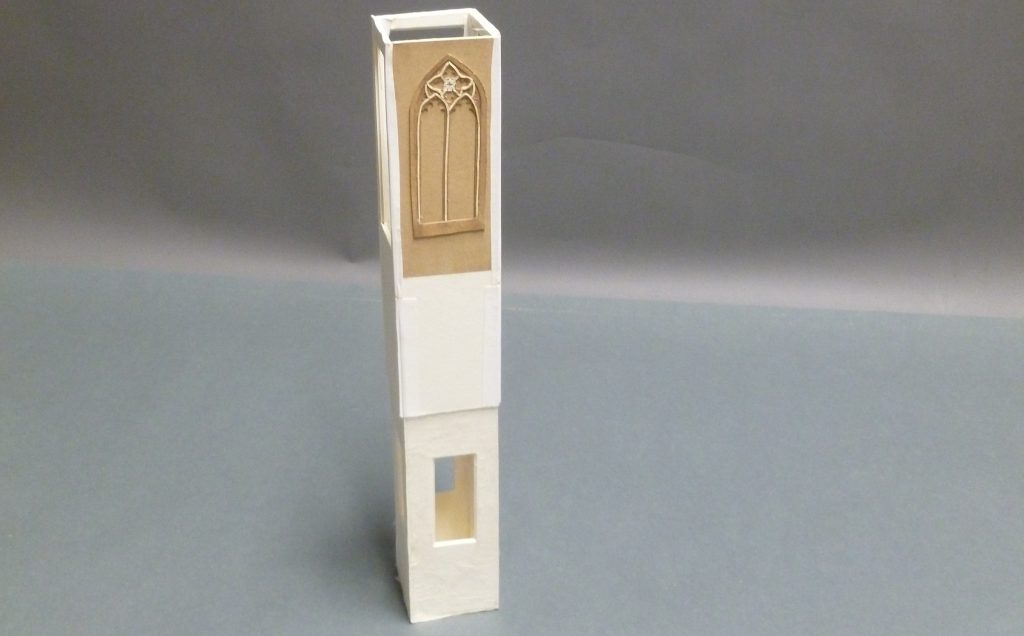 Once I had finished my work on the model I had to create a box for its storage, so that it could be protected from fluctuating environmental conditions, pests and structural damage. I created a Corex® box  with a Melinex ® window so that you can now immediately see what is within, minimising the need to move the object and open the box unnecessarily while in storage.

The unique nature of the model in terms of its composite materials and its three-dimensionality required the adaptation of standard paper conservation treatments. The project presented me with challenges that were rewarding to overcome: it was very important to understand the techniques used in the creation of the model. The collaboration with the Conservator and Curators at the Museum as well as the conversations with other Conservators and Model Makers were hugely beneficial to the project.

To find out more about the Architectural Models Network visit our project page.

The value of the studio workshop 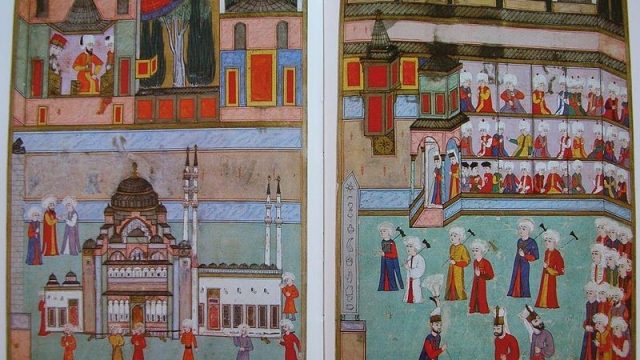