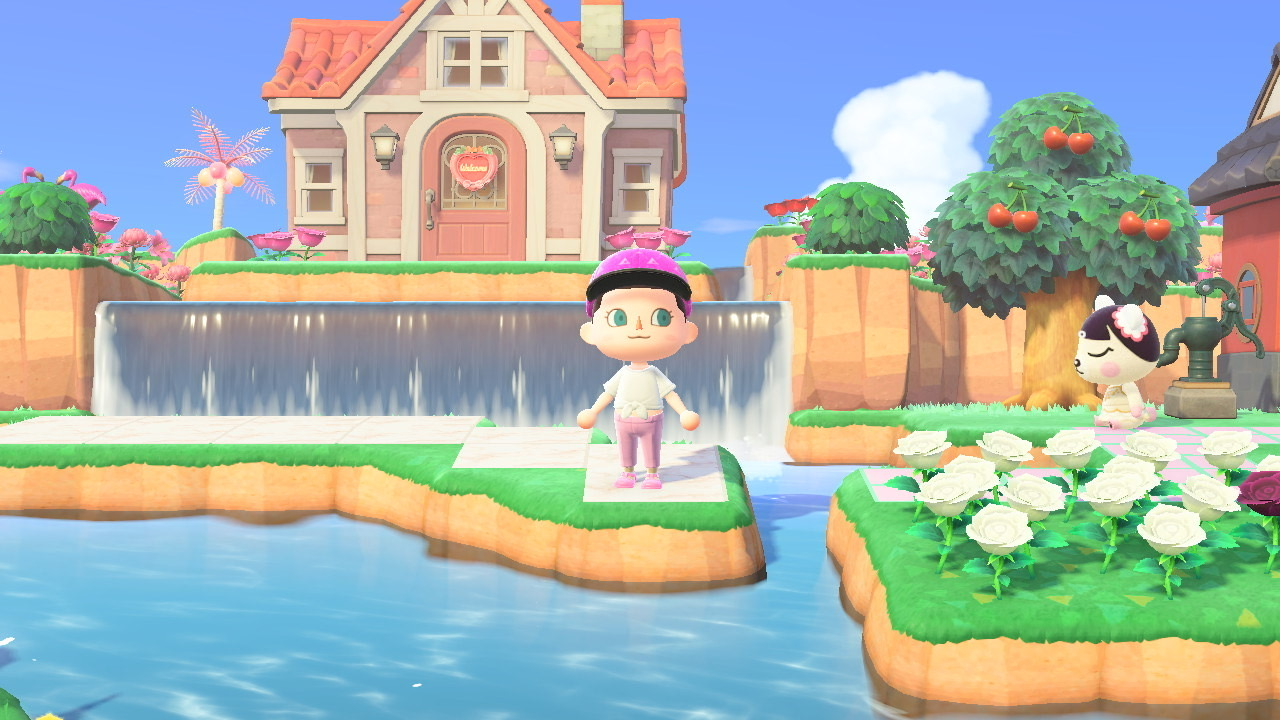 The latest title in Nintendo’s Animal Crossing series, New Horizons, was released on 20 March 2020, just three days before the UK COVID-19 lockdown. Faced with the prospect of a lot more time at home, consumers rushed online to purchase the game, which sold 11.77 million units worldwide in the first 11 days of release. It proved to be the most in-demand game of the pandemic, even luring in action gaming fans. With many other game titles to choose from, what drew so many to New Horizon’s basic premise of being cast away on a virtual island?

All Animal Crossing games start with the player being offered a special role in the development of a new settlement. In New Horizons you are the resident services representative for a recently inhabited island. You are solely responsible for the design, infrastructure and layout. It’s also your task to recruit new villagers. There are around 400 of these Sylvanian Families-like characters, each with their own personalities and catch phrases.

Creative control of a deserted island and a gang of adorable islanders; Sounds cute, but you can probably only play it for so long right? What makes the Animal Crossing series so engaging is that it’s open ended and plays out in real time. Most things don’t happen immediately. If you want a new bridge, for example, it’s built overnight. The game encourages recurrent gameplay through its slow pace.

Nature is a central theme of the game series. For all the cartoonish design, there is something very thoughtful about the detail given to the natural world. Weather changes, trees sway, your footsteps make a slight sinking sound when you run on the beach. This brought to my mind the emergence and popularity of landscape paintings during the Dutch Golden age. During the 17th century, while the Netherlands rapidly urbanised due to the power and wealth that came from East India Company, paintings that depicted natural landscapes became a staple of the Dutch bourgeois household. Between 1610 and 1679, the percentage of landscape painting registered in Dutch household inventories rose from 25 to 40 percent.

As with landscape painting, Animal Crossing provides a world where nature is admired but also idealised. A golden age Dutch merchant who buys a rocky pastoral scene of their famously flat country may consider it to be a portal to the past. A version of the past that glosses over the realities of rural life and the harshness of agricultural work. Animal Crossing players during lockdown, particularly those in large cities, have been more restricted from nature than ever before. Early in the UK lockdown, people were only permitted to leave their homes for essential shopping and daily exercise. Dwelling in nature, even in a city park, became a potentially fineable offense. Animal Crossing reproduces an escapist version of nature at home, one where you determine the form of the land and where bodies of water gather.

Perhaps the key to Animal Crossing’s success during the pandemic is also due to the daily small tasks it provides. You can find fossils, water your flowers, and check the price of turnips. (For the unfamiliar, in the Animal Crossing universe turnips are traded like stocks, inevitably referred to as the ‘stalk market’) There is no real detrimental outcome for not doing these tasks but there are some benefits to completing them. While experiencing widespread disruption has affected almost every aspect of our daily lives, Animal Crossing provides some routine and consistency.

One of these daily tasks involves developing relationships with your villagers. Many players speak of forming emotional connections with the game’s characters. I personally have come to view Jacques, a smug bird and occasional DJ, as my Island best friend. Although villagers are all scripted non-player characters there is a pretty wide range of dialogue options that give a sense of depth. It’s even possible to write them letters. Just as in childhood when most of us develop inner stories and connections with our toys in a world where we have little agency, these social relationships with Animal Crossing visitors offer a space away from the current health crisis. Anytime I call a friend, the topic of the pandemic inevitably comes up. My best bird pal Jacques however will never turn around and ask how many COVID cases have been reported in my borough.

Social escapism also applies to real world players. Many people have found communities of players who visit each other’s islands. During my furlough from the V&A, some colleagues of mine and I formed a group chat exclusively for sharing turnip prices and details about cool things we’d found in the game. It gives us a moment to step away from societal anxieties and keep in touch while away from work. Conversely, other people have used New Horizons to promote real world issues, such as the pro-democracy movement in Hong Kong and Black Lives Matter. The islands created in game are escapist dreamscapes, but they are also a para-reality, a useful alternative to real world interaction.