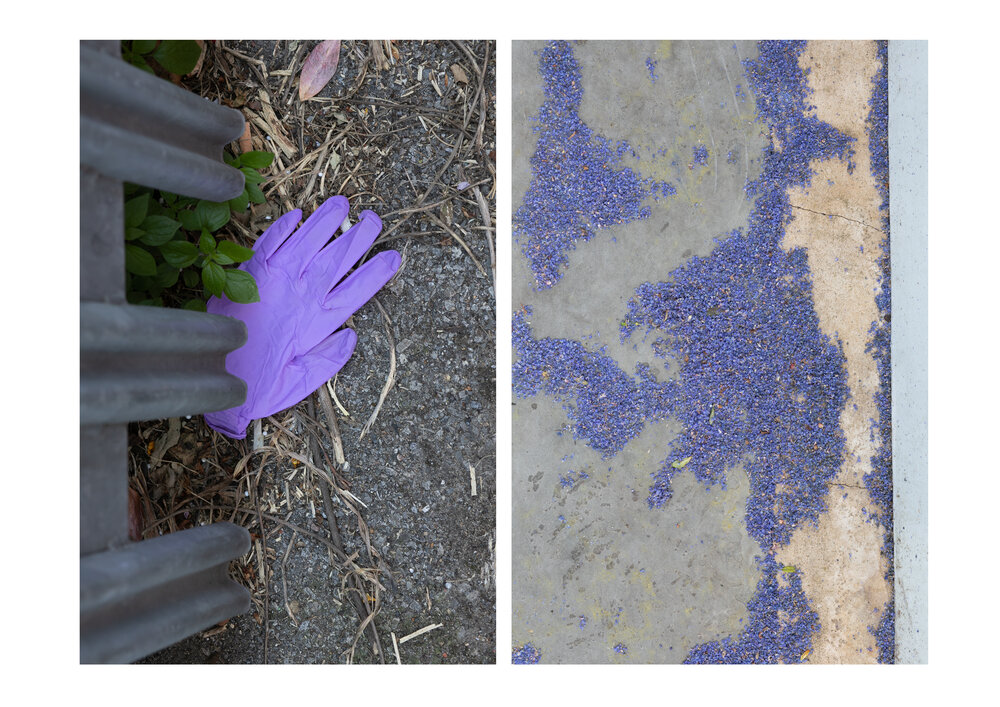 The first ever picture postcard was sent and received by the same person, Theodore Hook, in 1840. The image was a caricature of a postal worker and most likely meant as a practical joke by Hook about the postal service itself. The last laugh however was on Hook, as he unwittingly sparked a booming industry that would flourish up until the turn of this millennia, only to fade out with the digital turn and the rise of social media.

A postcard is an image from another place, a trigger to think about where someone has been, evoking an alternate universe of sights, sounds and encounters. And although we are still wrestling with a pandemic, we are now far enough away from the initial events of Covid-19, that those first months already begin to seem like another country: not just historically distant, but distant in place as well. A picture-postcard world.

Which is why Natasha Durlacher’s photographic series Postcards from the Pandemic 2020 seems so eerily apt at this moment. Shot in postcard format, during the unusually warm and sunny months of the first few months of lockdown, Durlacher pairs images of the detritus of nitrile gloves and face masks found strewn on pavements everywhere, with the colourful flower petals and blossoms that could be seen at the same time. That contrast of idyllic weather and the strange alien addition of the glove (which has largely disappeared since the disease was determined to be airborne), seems especially jarring now, recalling the anxiety and uncanniness of the period. The postcard may be an almost dead medium, but it finds a renewed expression here – recalling a collective memory, not from a far-off place, but from our recent past.