On a recent research trip to the Barbican I had what was both a fascinating and rather uncomfortable experience visiting the Fashion World of Jean Paul Gaultier: from the Sidewalk to the Catwalk.

The opening text for the exhibition does much to hint at the unique world you are about to walk into. Gaultier is described as a designer and individual who takes delight in shaking up established societal conventions, erasing boundaries and declaring a right to be different. This retrospective absolutely is different.

what initially seems like a fairly conventional display of contemporary fashion with mannequins clothed in the designers work, arranged on a raised platform in various poses with low artistic lighting, immediately becomes an entirely new unnerving experience of display when you take a closer look.

Each mannequin has a different face projected onto it, some simply blink their eyes looking one way and another, others, including a Jean Paul Gaultier mannequin, speak and sing as you walk around. At some points it almost becomes an overwhelming cacophony of noise and it was at this point that I realised that I was entirely distracted by the moving faces, absorbed and yet also made to feel extremely uncomfortable by their uncanny human likeness that with their rigid bodies made them appear unnervingly alien.

It was a wholly absorbing, entertaining and truly theatrical performance. There are, however, moments of quiet and respite as one by one the mannequins become silent and close their eyes and it is in these moments that I began to move through the space and my attention was drawn back to the garments on display, that had until that moment been forgotten. The atmosphere created really does echo Gaultier’s desire to be different and highlights the fun and often unusual nature of Jean Paul Gaultier’s designs.

Much of the display allows very close interaction with the garments with some mannequins even placed directly on the floor creating a greater intimacy between the visitor and the objects on display.  You are able, therefore, to appreciate much of the detail of the work particularly the stunning corsetry and the use of unexpected items combined to create dress fabrics such as ties and ribbons.

While at many points walking around this exhibition I had a feeling of unease looking into these reflections of faces, what I did experience was something new and consequently it made me think about the clothes differently less as inanimate objects to be revered in a museum setting and more as garments that were created to be inhabited by a body and a personality even if in this case it is only an uncanny resemblance.

Looking for the matriarchive: a beginning 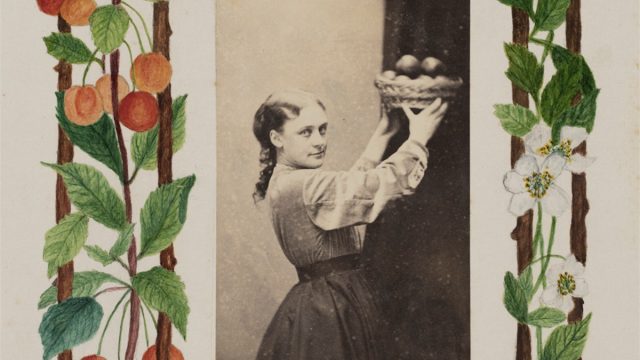