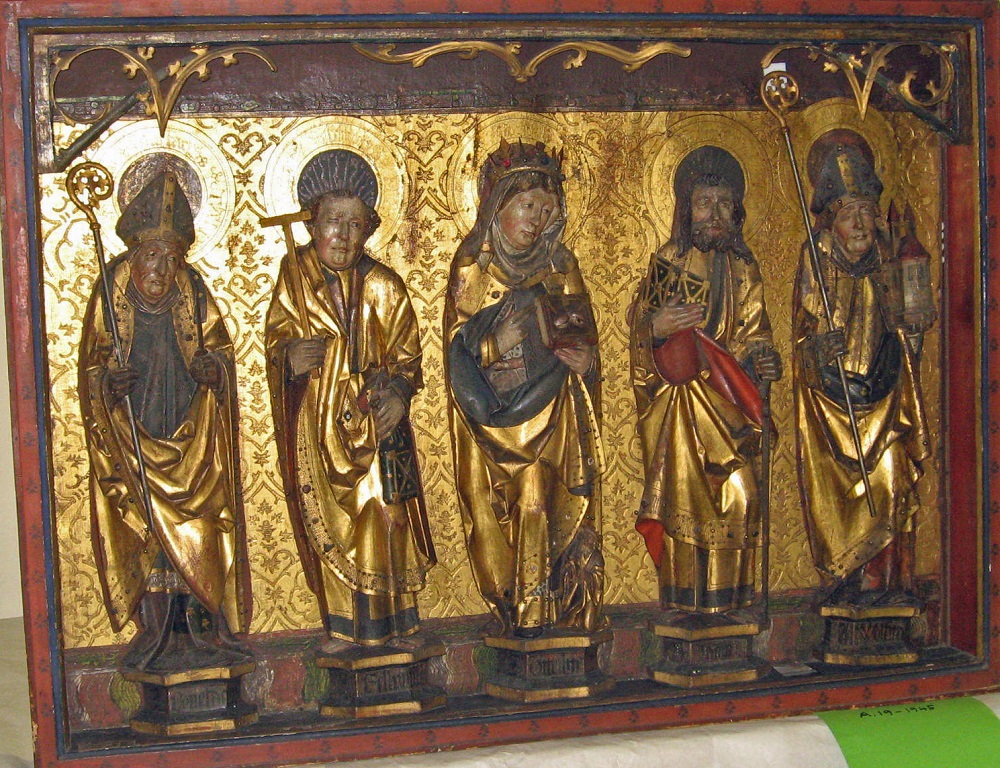 Aside from the annual devotionals to All Hallows, 31st October also marks the celebration of the feast of St Wolfgang, a 10th century monk and bishop born in Swabia, south-west Germany, in either 924 or 934. To give some idea of how holy Wolfgang was, he was known in his own time as Eleemosysnarius Major, the Great Almoner.

In 972, Wolfgang was appointed bishop of Regensburg, which today boasts one of the oldest bridges in the world. One of Wolfgang’s biggest gigs was acting as tutor to Henry II, Holy Roman Emperor 1014-1024. Henry did much to fulfil the sacred promise of his Imperial title, and was celibate, earning himself a sainthood in 1147.

As bishop, Wolfgang reformed abbeys and priories within his diocese, fed the poor and reduced his temporal realm in favour of a new bishopric at Prague. In his last years he retreated to a hermitage to escape the distractions of worldly life, but was discovered by a hunter and taken back to Regensburg to attend to other people’s souls. He died in 994 and was canonised in 1052.

Wolfgang is venerated as a patron saint of carpenters and wood carvers, and the city of Regensburg. He can be invoked against internal bleeding, paralysis, stomach diseases and strokes. In art he is usually depicted holding a cathedral, dressed as a bishop, or forcing Satan to help him construct a church.

This altarpiece from the V&A’s Sculpture collection originates from Germany and was made around 1520. He can be seen on the far-right of the image below. He has a mitre on his head, a crozier in his right hand and a church in his left. His somewhat self-satisfied expression may be because of his success in contracting the devil to act as his brickie.