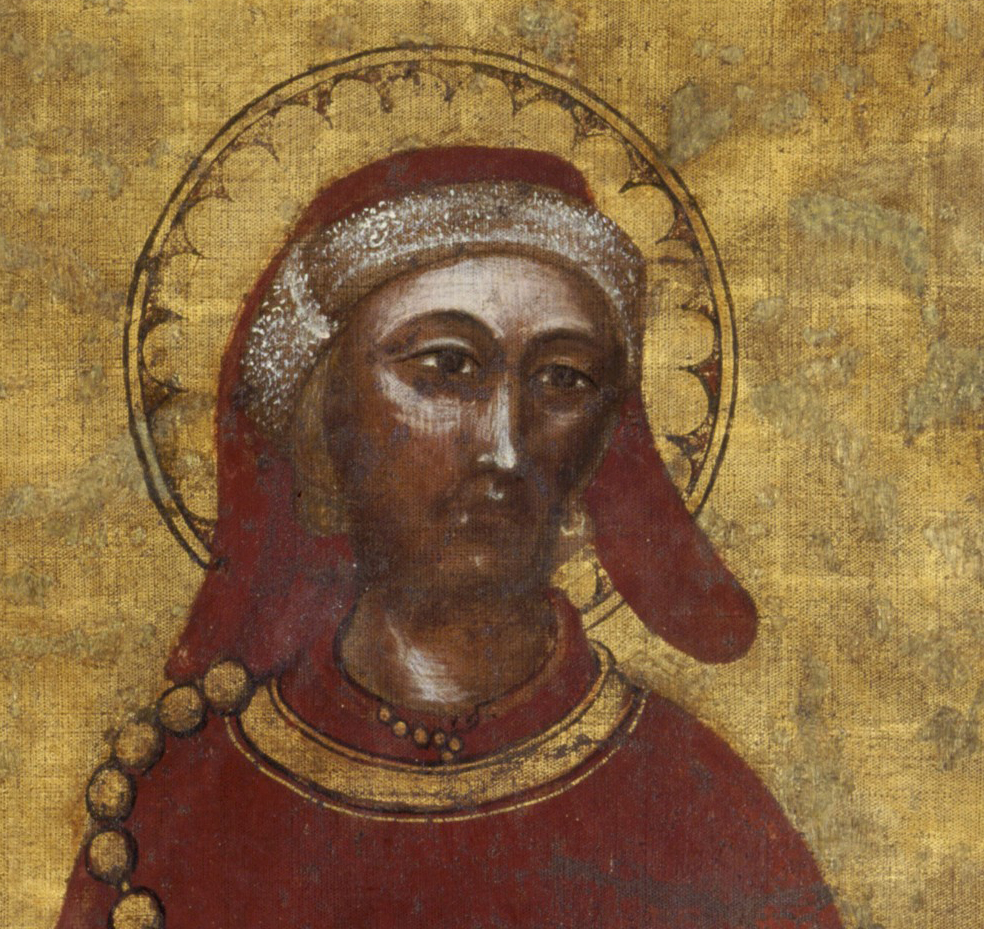 Today’s Sanctus Ignotum, St. Eligius (ca. 588 – 660; known in French as Eloi), followed a successful first career as a goldsmith with a later one as a saint. The signs of his later holiness appear obvious to me (admittedly I am a smug, 21st century know-it-all). He miraculously made two golden thrones using the materials required for one for the Frankish king Chlothar II. Having made these, he then ‘made it’ (in a temporal sense) when Chlothar, who was very pleased with his new chairs, took him into the royal court to be in charge of his mint.

Eligius’ output as a goldsmith attained a high spiritual value during the middle ages. Indeed, the last known chalice said to have been made by him disappeared from Chelles Abbey during the French Revolution, but is still known from some handy drawings. His spiritual enterprise was also held in high regard and Eligius was a popular and, according to a 20th century dictionary compiled by the monks of Ramsgate Abbey, ‘loveable’ saint, particularly in France and England.

In 641, Eligius traded one life surrounded by gold for another and became bishop of Noyon, in Picardy. His good works included the foundation of monasteries, missions to the heathens of Flanders, and written diatribes against fortune-telling and other pagan superstitions, such as continuing to hold Thursdays as a day sacred to Jupiter.

He is, unsurprisingly, the patron saint of goldsmiths, but he also looks out for the blacksmiths. He is usually depicted in art as a bishop (again, not surprising), holding pincers, sometimes squeezing the devil’s nose with them, and often, as in the example below, with a horse’s hoof. This latter attribute results from a story in which Eligius exorcised a demon from a very badly-behaved horse by twisting off its leg and miraculously reattaching it. Through doing this he managed also to trumpet his skills as a metalworker by re-shoeing it while he had the leg off. For this reason, he is also the patron saint of farriers.

The object shown here is a 14th century painted panel, which is on display in the Medieval and Renaissance Galleries. Eligius is painted on the reverse, in a Byzantine style. Panels such as these were carried in processions, hence being painted on both sides. It was probably borne by members of a Tuscan flagellant confraternity, who would have invoked his, and other saints’, intercession against plague and other sicknesses whilst whipping themselves contritely.

Aside from the annual devotionals to All Hallows, 31st October also marks the celebration of the feast of St Wolfgang, a 10th century monk and bishop born in Swabia, south-west...