As I’ve mentioned in some previous posts, I am currently working on an exhibition for the V&A entitled Postmodernism: Style and Subversion 1970 to 1990. We’ve been making many acquisitions for the museum in the process of preparing the show, and none is more exciting than this one:

It looks OK online, but you really have to see it in person. At about 7 feet tall, rendered by hand in felt-tip marker and pencil, it’s grand in every sense. It is the original presentation drawing for the iconic postmodern skyscraper that Philip Johnson and his colleagues designed for AT&T in the late 1970s. 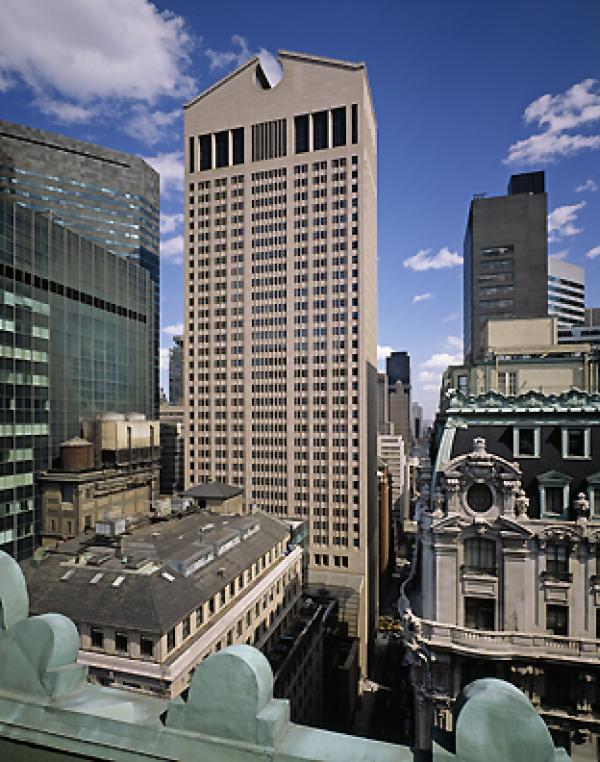 Even before the building was completed, it was hugely controversial. Lots of people hated it; Michael Sorkin commented in the Village Voice in 1978:

The so-called ‘post-modern’ styling in which AT&T has been tarted up is simply a graceless attempt to disguise what is really just the same old building by cloaking it in this week’s drag, and by trying to hide behind the reputations of the blameless dead.

But such objections didn’t prevent the tower from becoming one of the late twentieth century’s most famous buildings. This was partly because it came as such a shock. Johnson had been America’s leading proponent of modernism – way back in the 1930s, he’d curated influential exhibitions on the subject at the Museum of Modern Art, and his own residence (the so-called Glass House) in Connecticut is one of the purest examples of the style by an American architect. 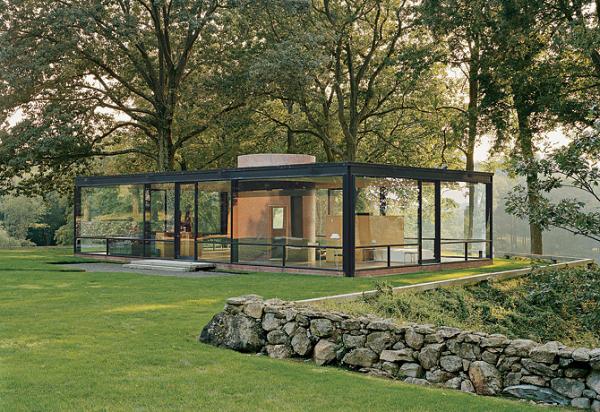 So when he appeared on the cover of Time magazine, holding a model for a skyscraper decorated with a split pediment (often referred to as its ‘Chippendale top’), people were surprised, to say the least. Johnson’s embrace of historicism was one of the clearest signs that a new attitude had come into architectural practice. The octagenarian architect was soon featured on the cover of Domus, the bible of postmodern design. 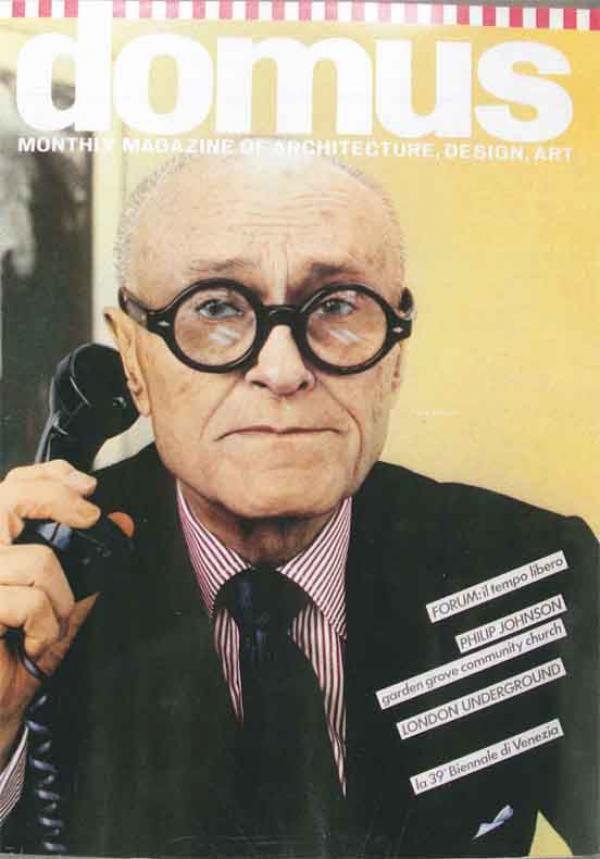 The V&A’s new drawing is such an important acquisition that it was noted in the New York Times. And that’s when things really got interesting for us. The day after the article appeared, we were contacted by someone who’d read it, and still owned one of the original design models for the building – she will, very generously, be lending it to us for the exhibition. Here’s another photo of Johnson with the model – in these pictures, he always looks like he’s holding a trophy. 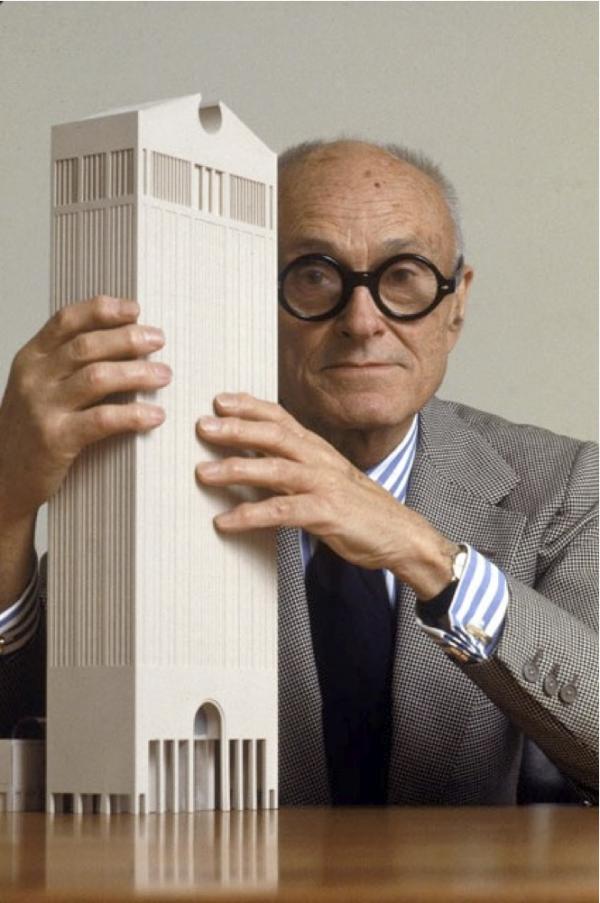 It was equally exciting when, a couple of weeks back, we heard from Judith Grinberg – the artist who actually drew our rendering. She has kindly given us information about her experiences at this time. Here she is, about the time when she made the drawing, photographed at Johnson’s Glass House:

Grinberg was born in Israel and trained as an architect there, before she came to New York in 1969. Before she came to the firm that Johnson ran with his partner John Burgee, she had worked at Skidmore, Owings & Merrill, the dominant architecture practice in the US in those days. Johnson entrusted her with the important (and fun) job of detailing the AT&T Building. He would give her quick sketches on yellow tracing paper; her job was (as she puts it) “to interpret his design intent.” She was therefore integrally involved as the building came together piece by piece.

Grinberg has held on to some fascinating images of the design process. Here for example is a sketch showing other ideas for the top of the building. She didn’t draw this one, and isn’t sure who did, but it gives a great insight into the experimental thought process. According to her these alternative tops were produced at the request of AT&T, who were not entirely sure about the original design. Johnson’s intention, she says, “was to present other alternatives that were not as good (but not totally embarrassing) so that [the company] woudl have no choice but to select the broken pediment.”

And here is a plan of the building, showing the richly ornamented pavement floor of the lobby – derived from the work of early twentieth century architect Edwin Landseer Lutyens.

Grinberg also sent us the below image, which shows our drawing and the floor plan on display at the Cooper-Hewitt Museum in New York (in an exhibition about skyscrapers past and present) while the AT&T Building was being constructed downtown. It’s an interesting example of the way that drawings – plan and elevation together – can be used to simulate the experience of the building itself.

Oddly, in fact, given the difficulty of seeing the AT&T Building from a distance, this presentation gave a more complete picture (literally) than the thing itself would; as Sorkin wrote when he saw Grinberg’s rendering back in 1978, it “is drawn from an impossible vantage point (inside an elevator shaft a block and a half away).” 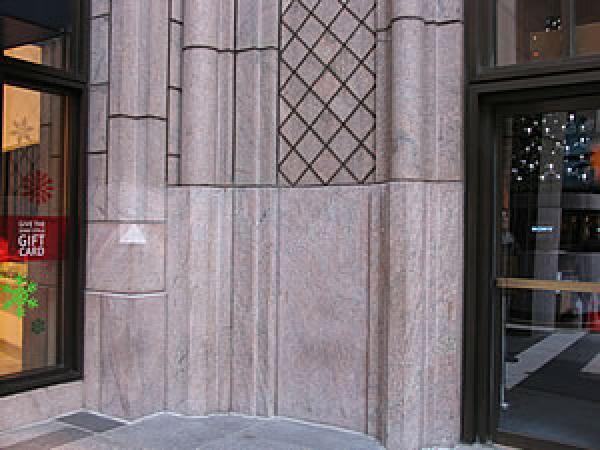 One of the most interesting things I learned from Grinberg is that Johnson sent her around New York to look at bits of existing buildings – the granite courses at the base of Grand Central Station, for example, and the staircase from his own earlier building at Lincoln Center. She also consulted with materials providers like Stony Creek Quarry, who provided the pink and gray stone that imparted a sense of classical monumentality to the structure.

Looking back at her experience, Grinberg is struck by the rigor and knowledge that Johnson brought to the job – but also his willingness to leap into the unthinkable. He knew all the rules of architecture, but as she remembers him saying, “rules are made to be broken.”

For my part, it’s wonderful to have gotten to know the person who made our extraordinary rendering, with its incredibly precise lines and delicate shading. Interestingly, Sorkin – who hated the AT&T Building so much – also called for more recognition for the people who make the architectural renderings so often featured in magazines and exhibitions:

Having at last gained broad recognition for their artistic qualities, it is critical that their collaborative nature be suitably recognized.

So here’s to Judith Grinberg! Come see her (and yes, Philip Johnson’s) amazing work in the exhibition a year from now.