I’m just back from a trip to Madrid, a first for me on many fronts: first time in the city, first time I’ve seen a country celebrating a World Cup victory (the game happened while I was there), first time to the Prado to see what is probably my favorite painting, Velazsquez’s Las Meninas. It was also my first time to visit the Reina Sofia, Madrid’s impressive museum for modern art, and hence to see their prize possession – Picasso’s Guernica. 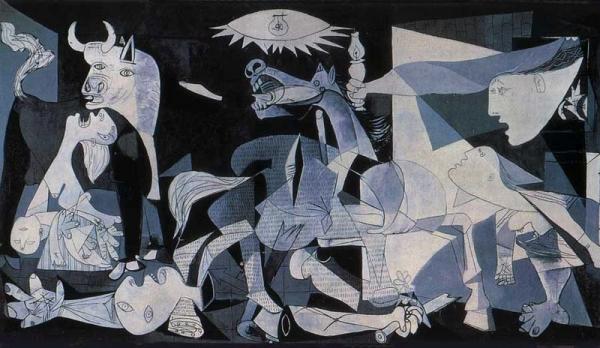 This is a big month for Picasso in the UK, with a major show at Gagosian here in London and another up at Tate Liverpool. The latter is about the role of politics in the artist’s life, and I am sure they’d have given anything to be able to include Guernica, arguably the most famous political painting of the last century. As you may know, it documents the bombing of a Basque town by that name in 1937 by airplanes in the fascist army (the town was  a stronghold for the leftist Republicans). 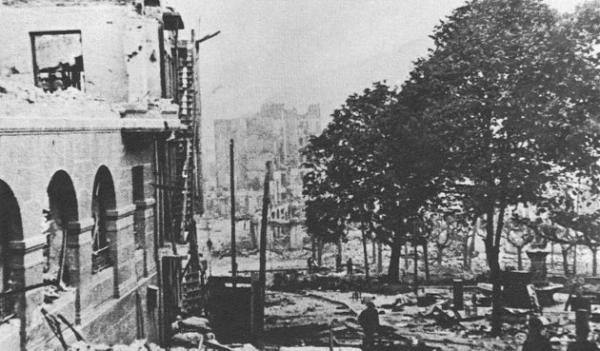 Picasso painted the huge canvas in response, and sadly its subject – the tragedy of civilians caught in the crossfire of war – has seemed topical ever since.

I was really looking forward to seeing Guernica of course, and wasn’t disappointed by its scale and power. But I was surprised to find that the preparatory studies for the picture, though small in scale, were even more compelling. What I found amazing about them was the way that Picasso was able to maintain a high pitch of outrage while developing his imagery on a technical level. Compare these three sketches. 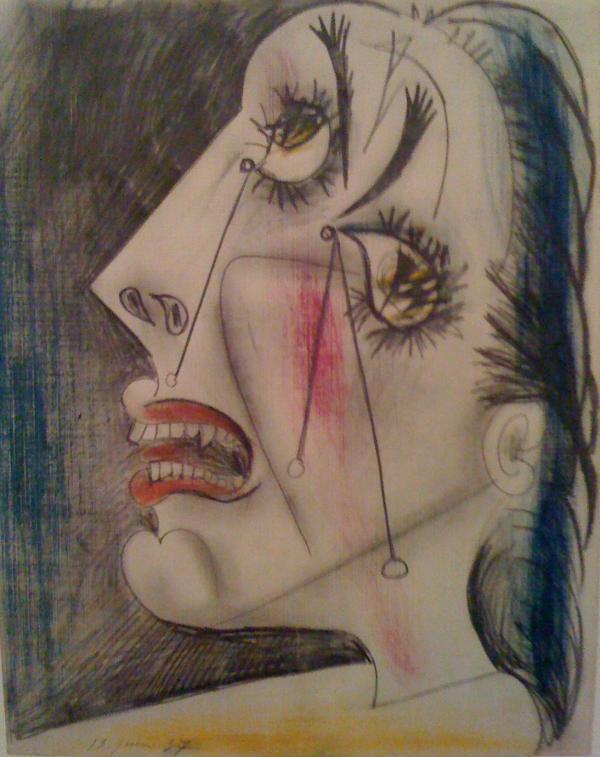 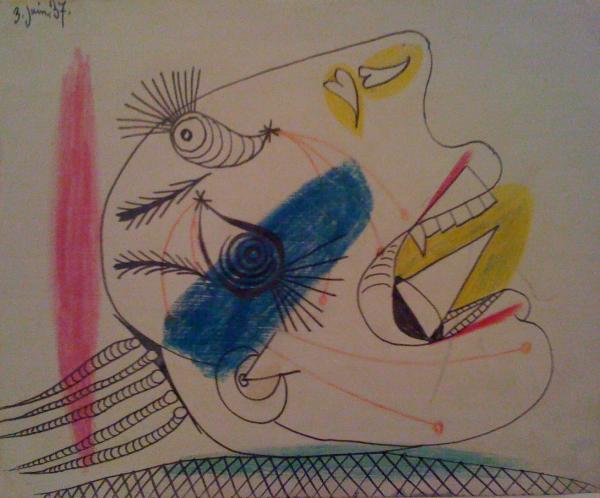 You can see how Picasso repeated certain details from picture to picture, like the paisley-shaped eyes, ball-and-string tears, smear of pink pigment, and gash-like mouth (complete with pointy teeth) – adjusting them slightly each time, but never losing their emotional impact.

Another pairing (below) shows an even more surprising slippage, where the motifs that Picasso had been developing for the horse in Guernica were transposed on to a human face. Notice the similarity of the mouth, with its spike tongue and banks of stubby teeth. 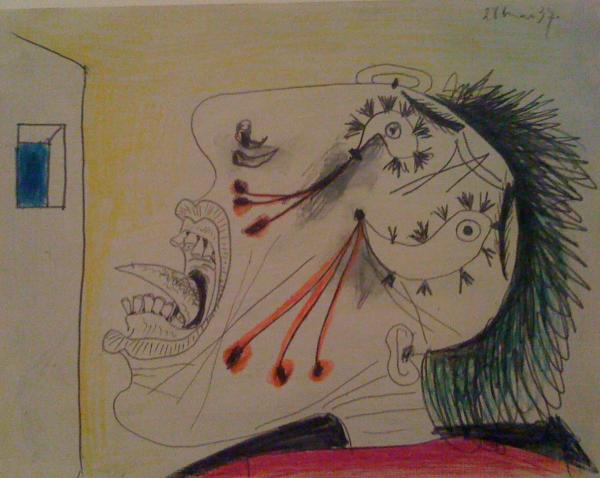 What do these sketches tell us? Maybe that emotional immediacy can be the product of hard preparatory work, as well as imulsive expression. But maybe there’s something else going on here, too. Picasso was motivated by a tremendous sense of injustice, but I get the feeling that what enabled him to make such a powerful image was his fascination with the design process itself. Great artists, even ones as mercurial as Picasso, never get bored with their own ideas.